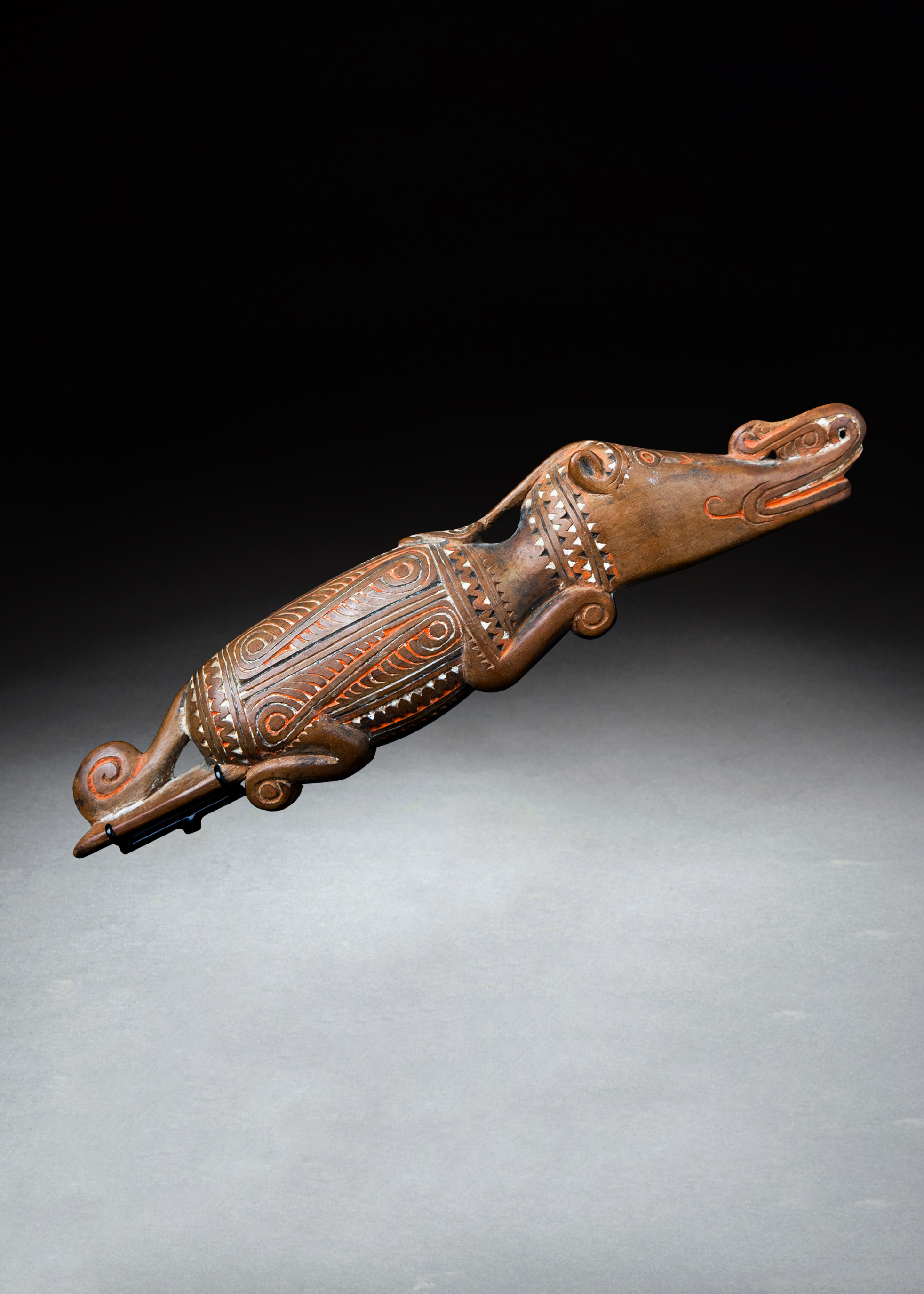 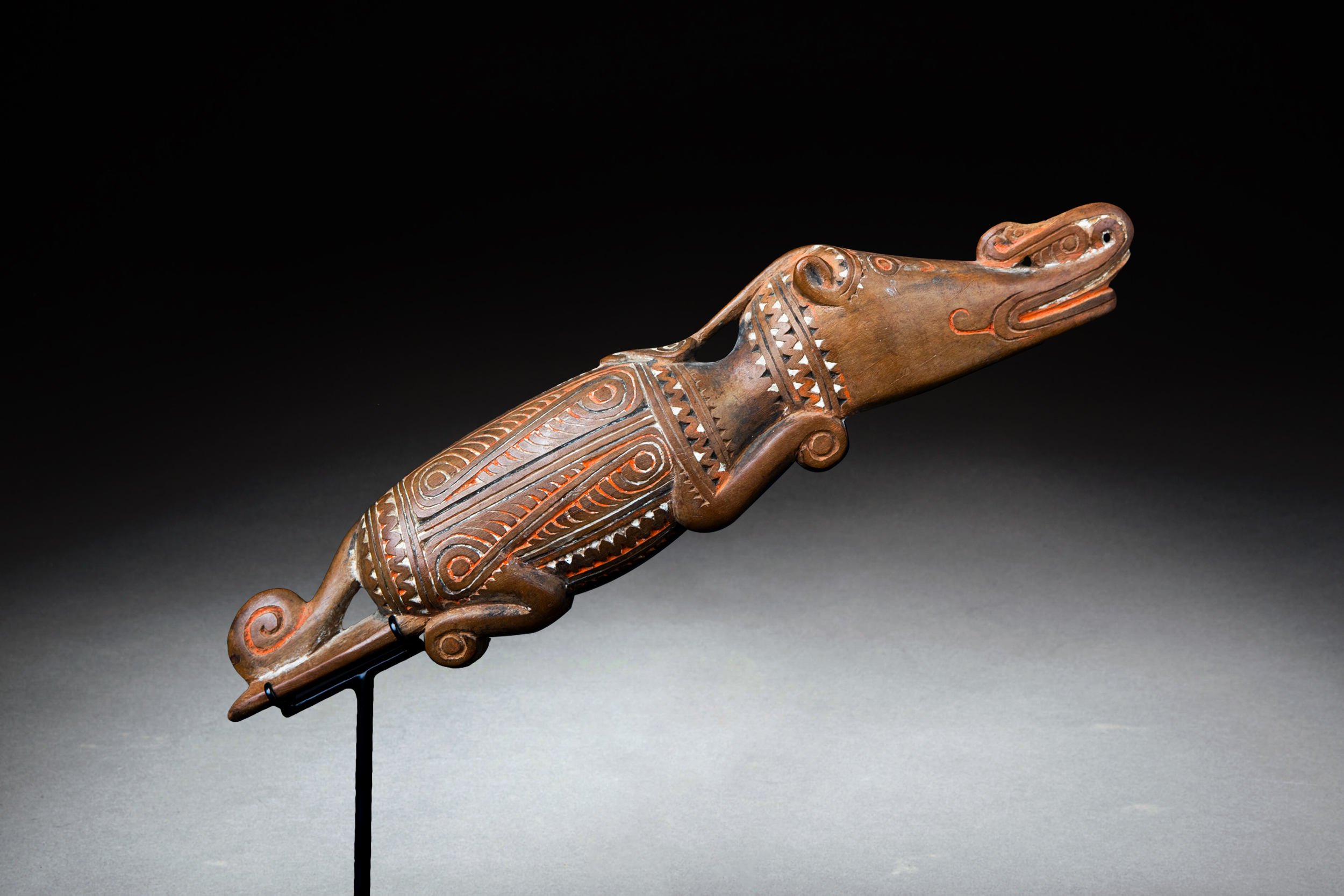 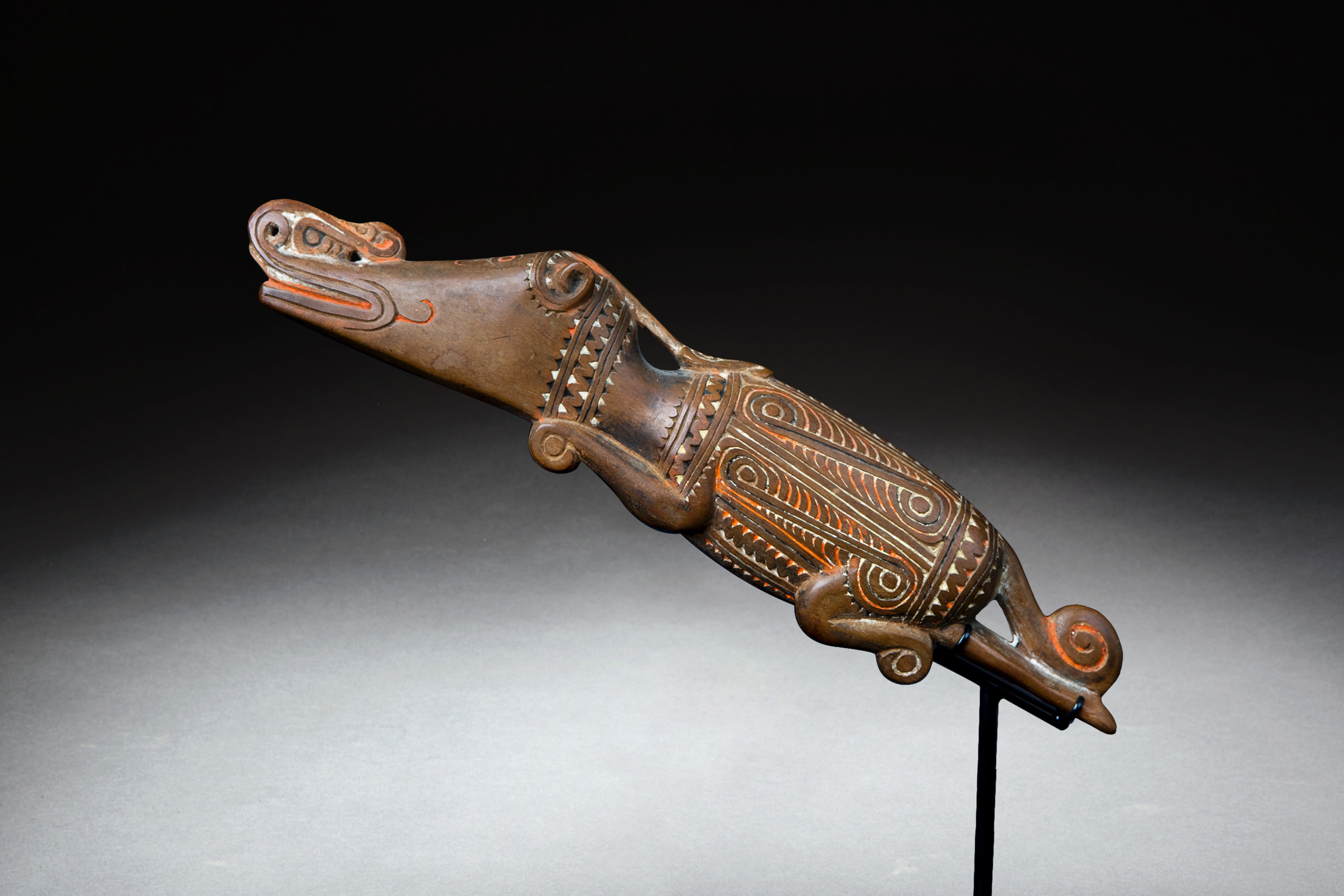 A Finely Carved Figure of a Pig by Mutuaga

In a field where virtually all of the many thousands of carvers remain unidentified, Mutuaga stands alone as a master carver whose work has been celebrated, collected and is also the subject of much scholarly research and publication.

We are also fortunate in the extensive research and writings of the art historian the late Dr. Harry Beran who has studied Mutuaga at length. Beran identified Mutuaga and his body of work through some hundred sculptures that had been languishing largely unrecognized in museum collections and were published in the book “MUTUAGA A 19thCentury Master Carver “1996

Born around1860, Mutuaga lived and worked in Dagodagoisu village in the Milne Bay province of Papua New Guinea. He died in the early 1920s. We know a great deal about him, in part because he was befriended by Charles Abel of the London Missionary Society. This friendship began in the 1890s.

Although Mutuaga did not adopt Christianity, Abel became his patron and promoted his carvings among European missionaries, traders, and visitors in the area. Abel provided an outlet for Mutuaga's carvings beyond the traditional exchange practices of his community. Commodores and even two of Papua's first governors acquired Mutuaga's sculptures.

Many of these works later found their way into galleries and museums across the world, even into the collections of artists such as Jacob Epstein.

Harry was an old friend and this Mutuaga Pig & another Mutuaga Standing Ancestor Figure were to be published in an updated book on artworks by Mutuaga.