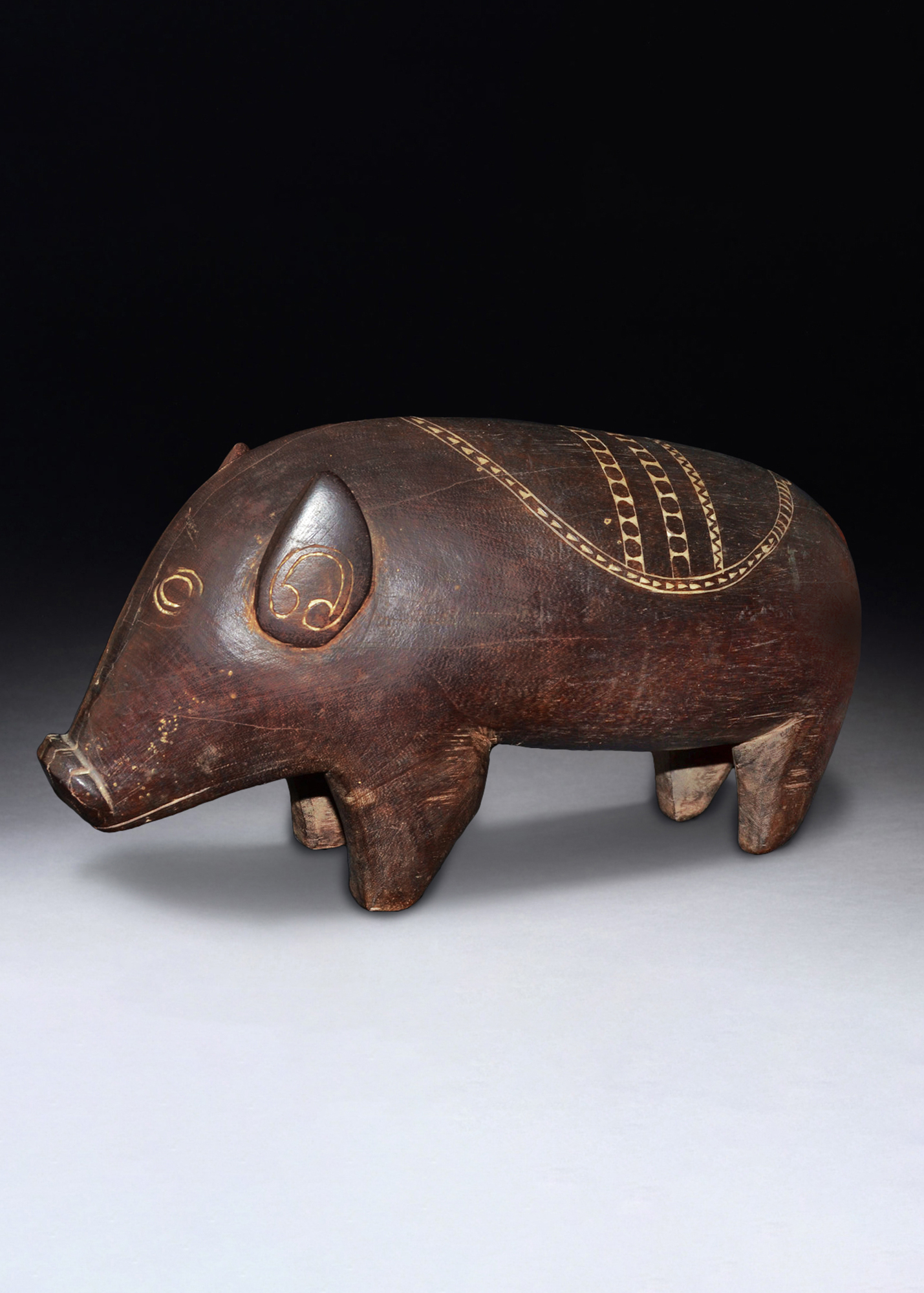 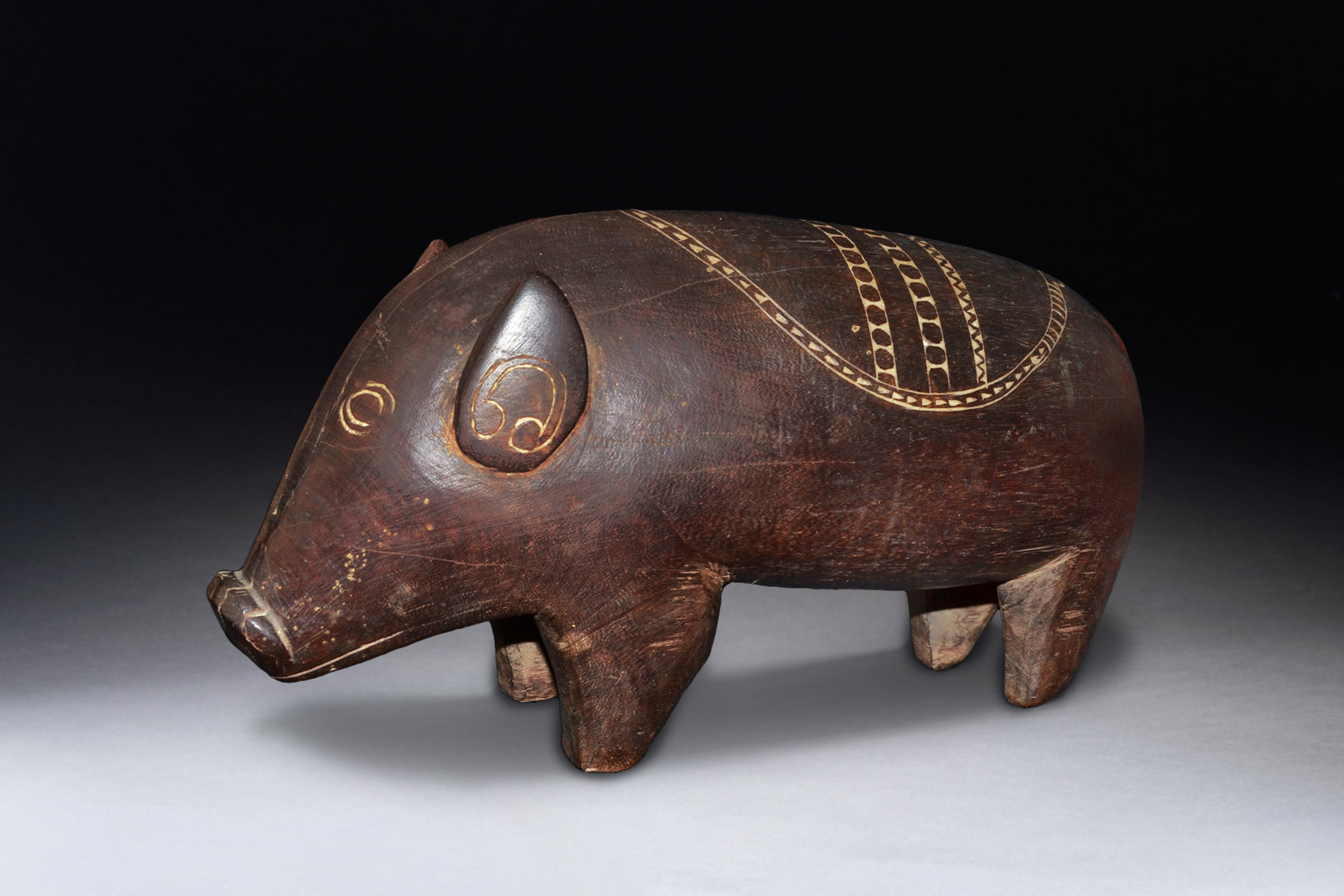 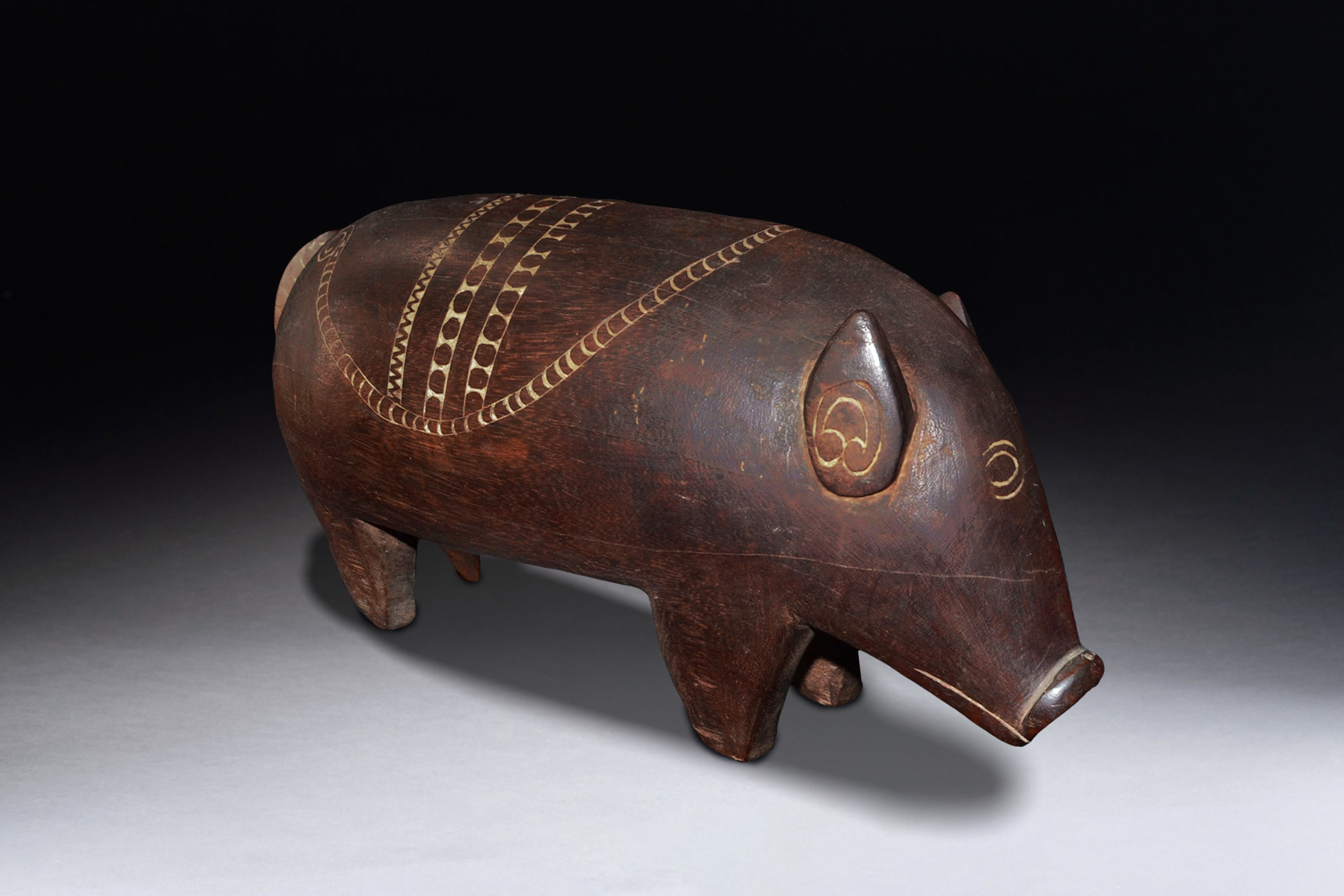 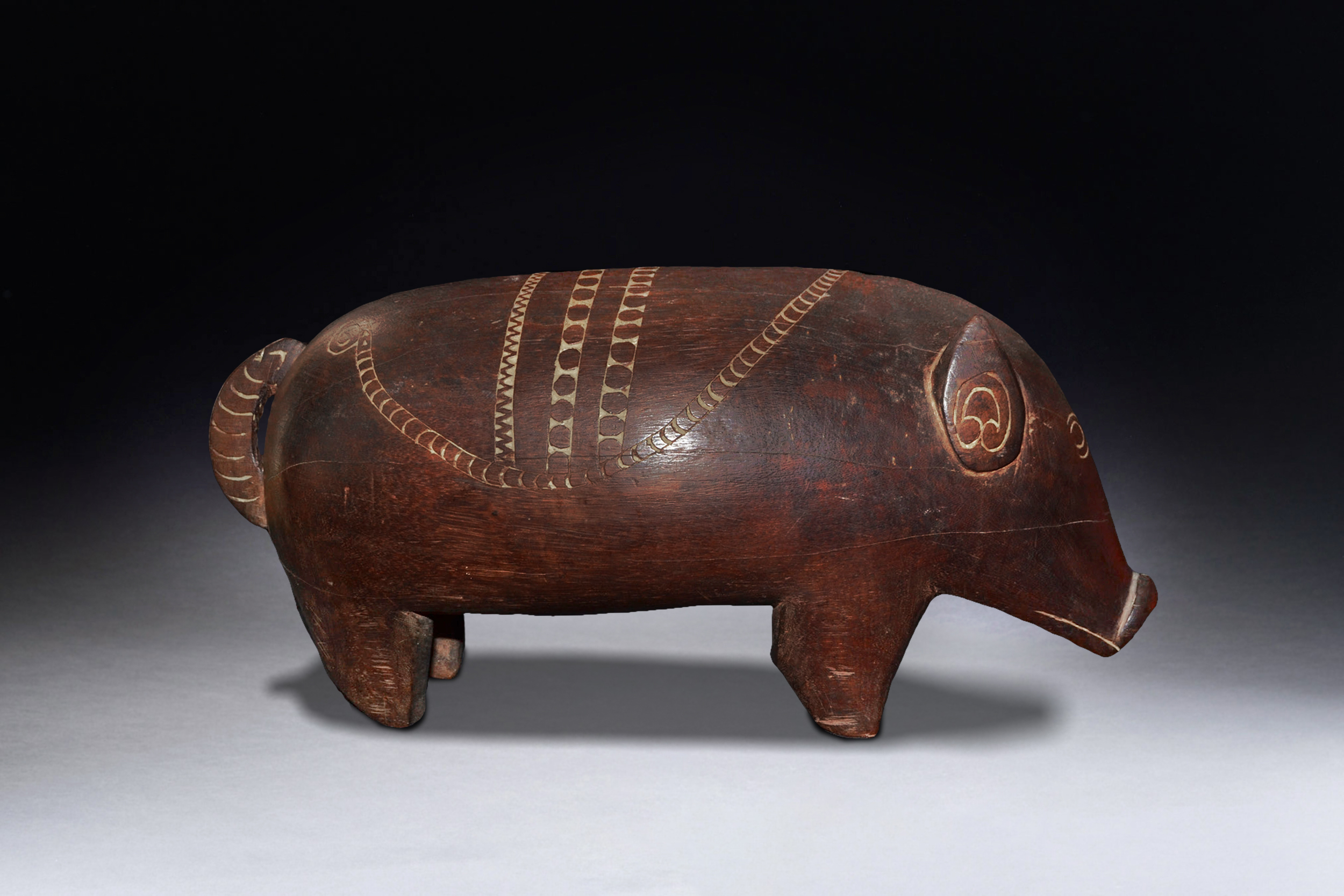 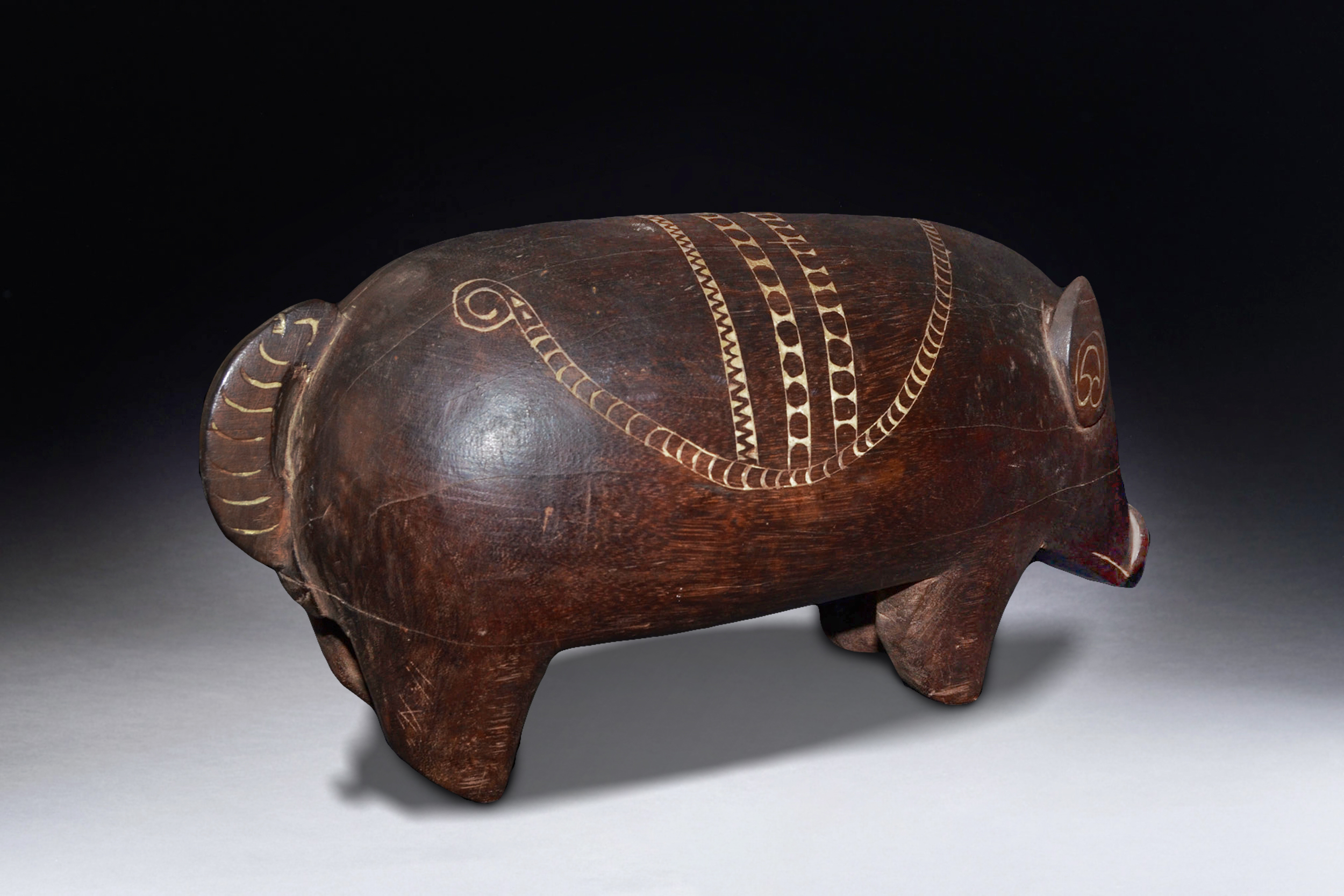 Pigs in New Guinea are the most important animals for all Melanesian communities, not only are they an important food source but also, they are a form of important traditional wealth.

Pigs that are gifted during traditional ceremonies can be used to make alliances between different clan groups but also when gifted they incur deep long-term commitments to be called on in the future when needed.

In New Guinea effigies of pigs would have ceremonial or ritual uses, pigs and boars appear on all kinds of ceremonial objects like Slit Gong Drums, Sacred Flutes, Trumpets & House Posts.

In the John Friede / Jolika Collection now at the DeYoung Museum in San Francisco there is an ancient Massim carved wood pig that was carbon dated 1520-1810. It has an ancient encrusted patina from handling and use. The Friede Pig Carving is basically the same size at 42.4 cm and in the same Massim style with incised designs.  It was published in the Jolika Collection book (plate 408.)