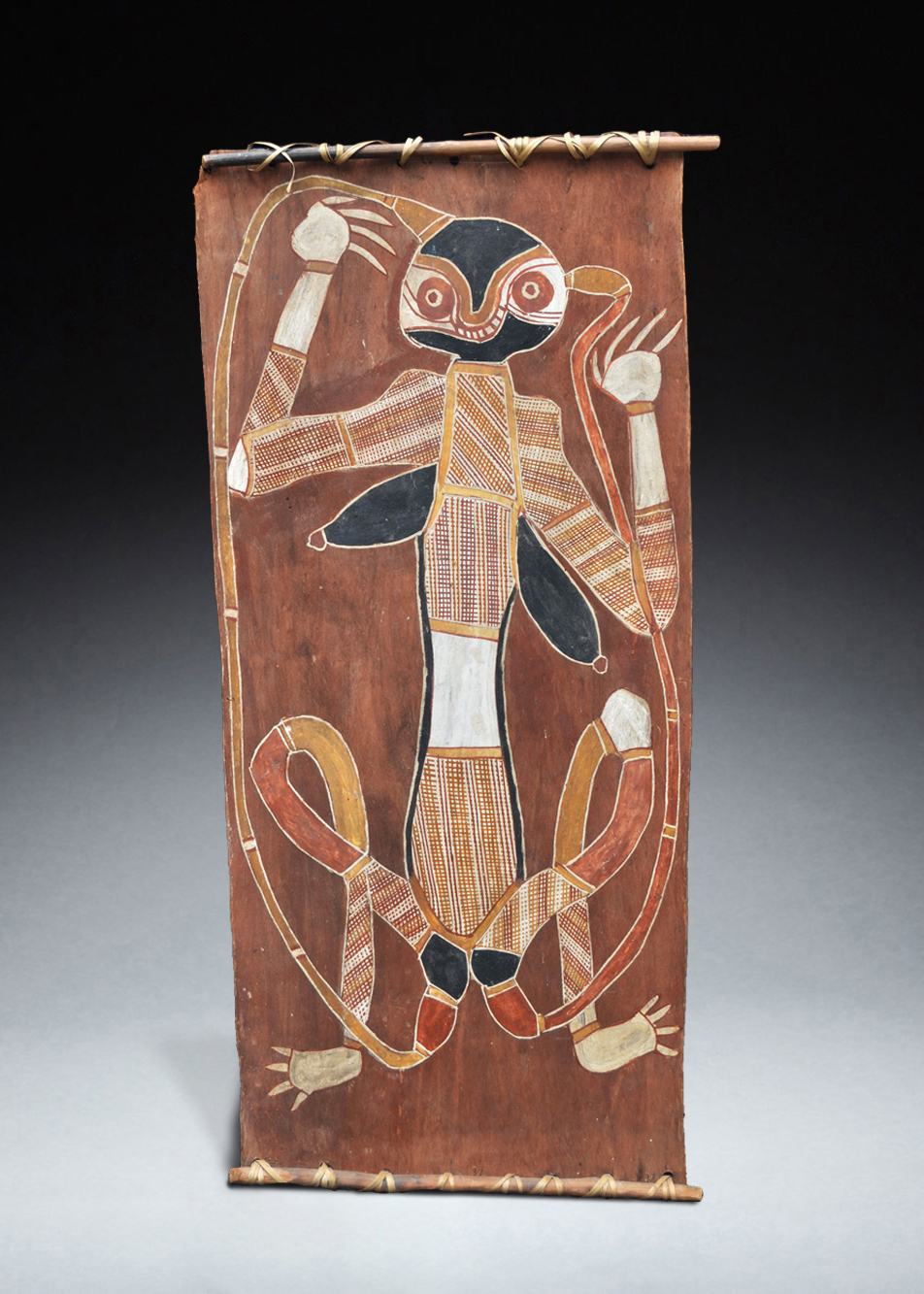 George Djaykurrnga was one of the great artists painting at Oenpelli in Western Arnhem Land. Here his subject is Namarrkon or the lightning Spirit shown here in female form,  there are both male and female Namarrkon. The lightning spirit is usually depicted with stone axes on their knees and elbows to make thunder. They often have lightning extending from the top of their heads as in this painting.

The Bark Paintings of Arnhem Land has their roots in the ancient rock paintings that are were painted over thousands of years in rock shelters throughout Arnhem Land and much of Australia.