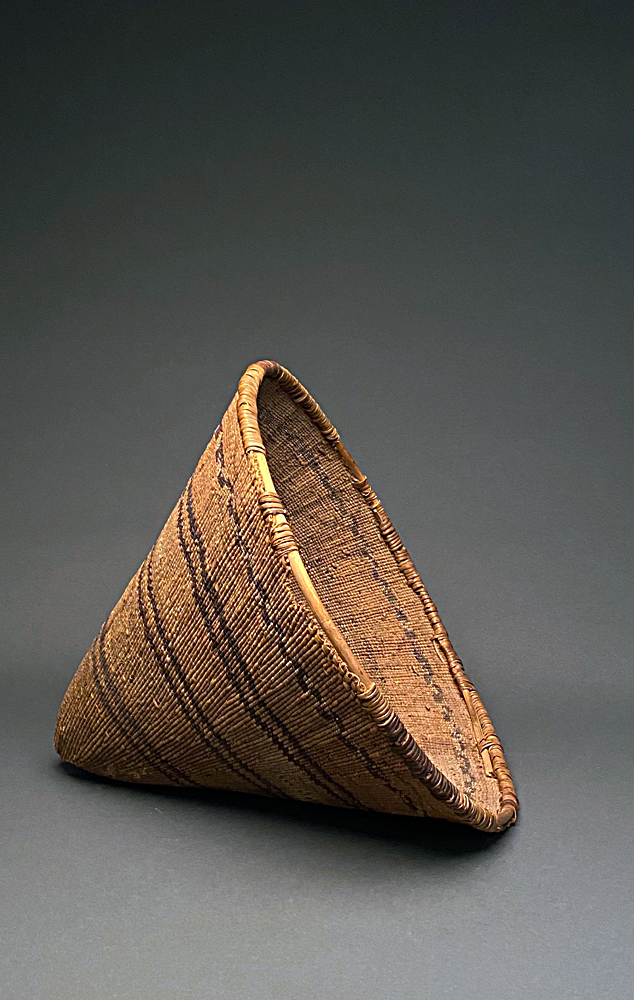 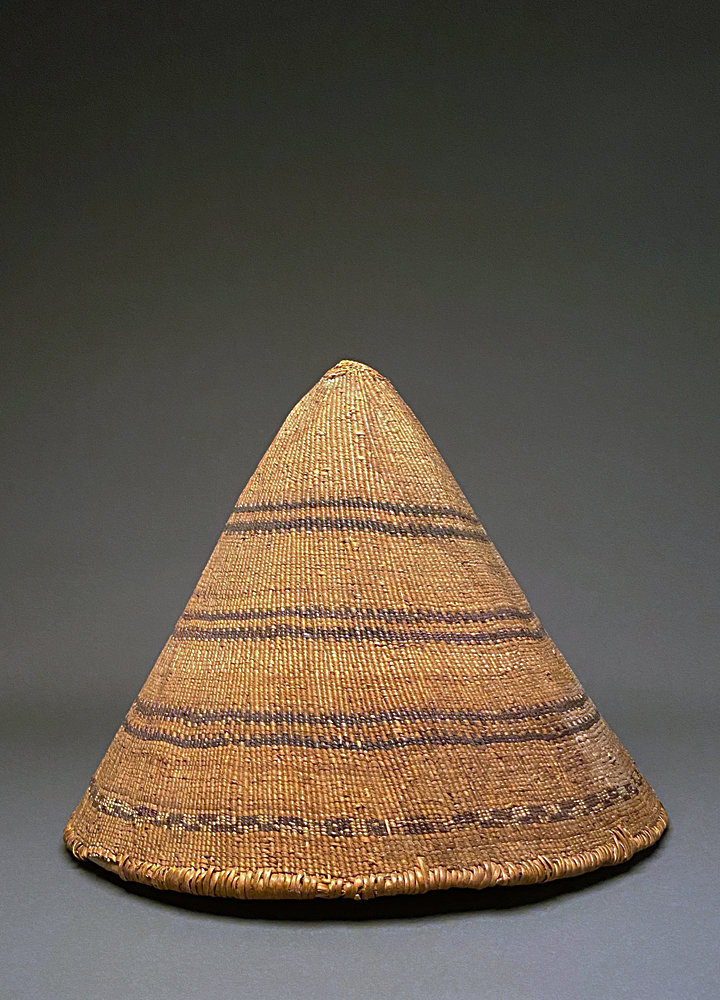 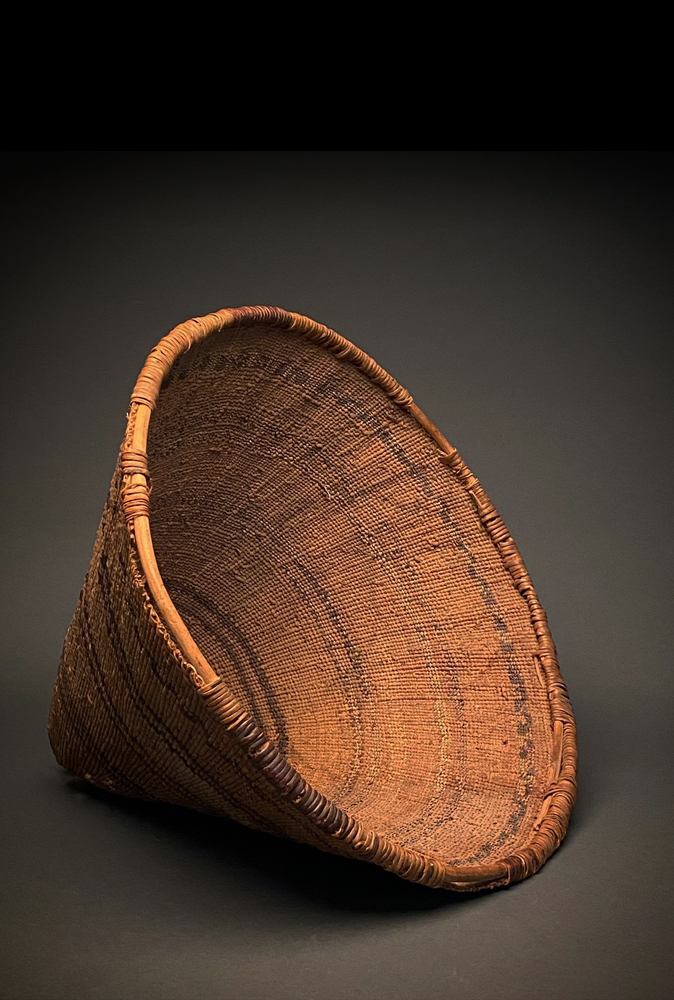 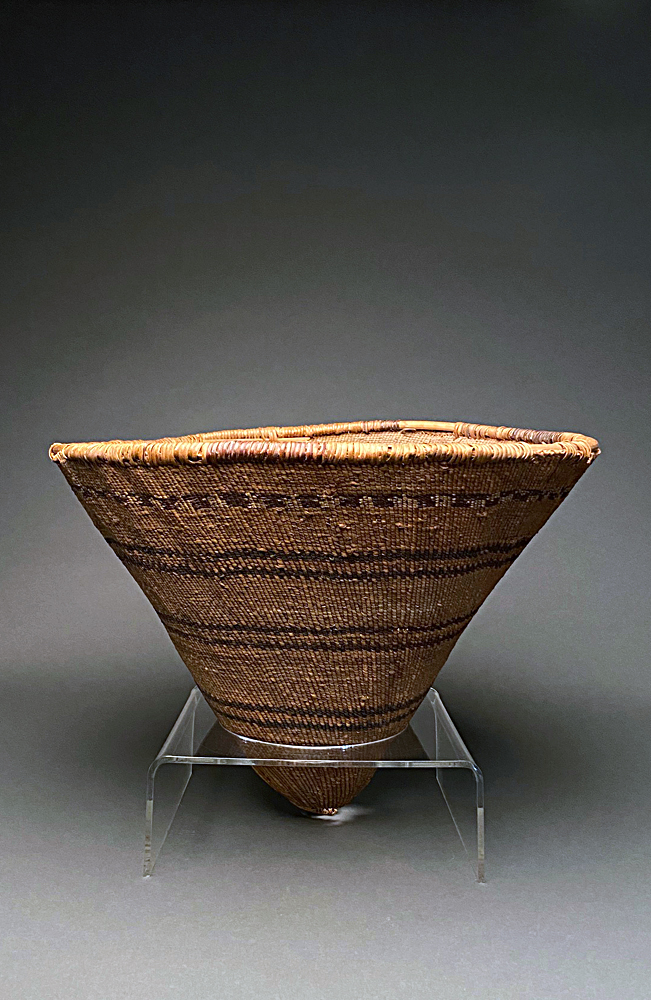 Northern California is the ancestral home of numerous Indian tribes, many of which speak different languages yet share a similar culture and an artistic tradition centering on basketry. The Pomo were especially accomplished designers and weavers of baskets for all purposes, and the cone-shaped burden basket is a well-known form in their artistic repertoire. This example is in excellent condition considering both its age and the fact that it was subjected to practical use. (As an object made for utilitarian purposes, it has no sacred or ritualistic functions.) This is a very old Pomo graphic convention, for such baskets were seen and described by Sir Francis Drake on his voyage of exploration up the California coast in 1577.

This particular basket, however, is an especially pleasing “classic” in the Pomo visual tradition, amplifying our understanding of a remarkable genre of American Indian art. It also provides an example of basketry’s last great flowering in the late nineteenth and early twentieth centuries, when a sweeping vogue for collecting such works accompanied the international Arts and Crafts movement, which in the United States inspired a desire to create a deeply rooted “American” vocabulary of forms in architecture, painting, and sculpture. - AIC

Gabon or Republic of Congo