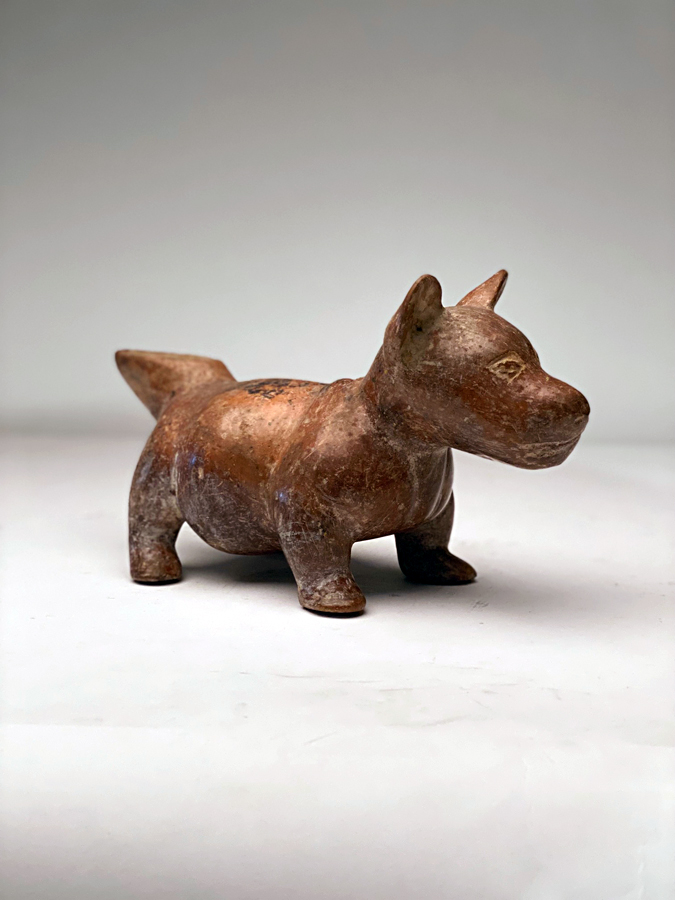 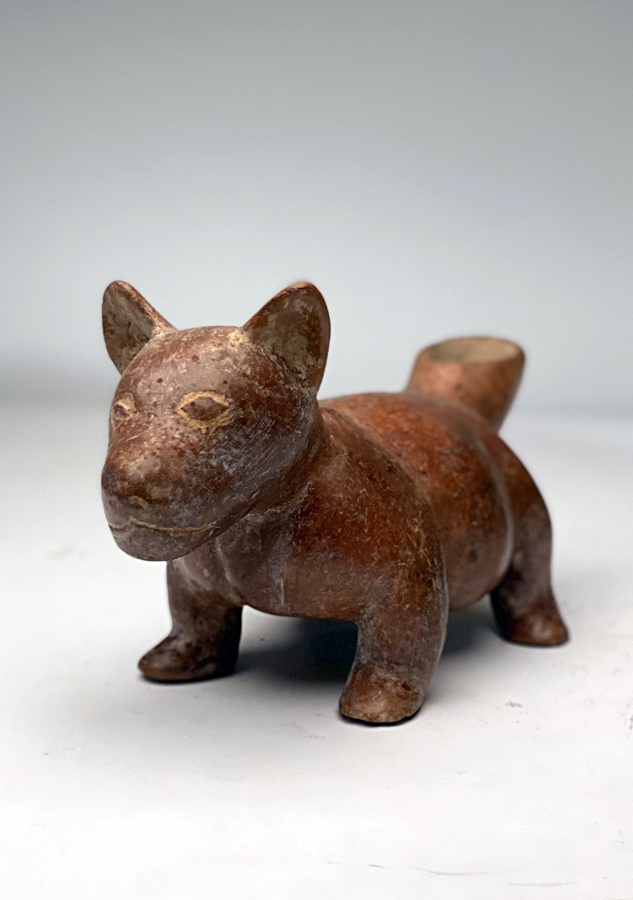 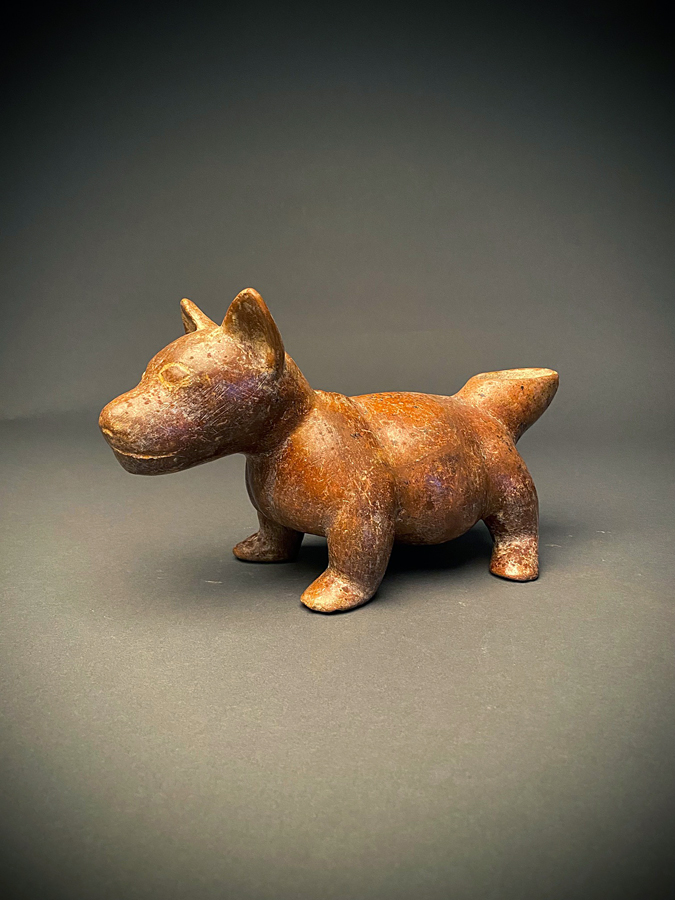 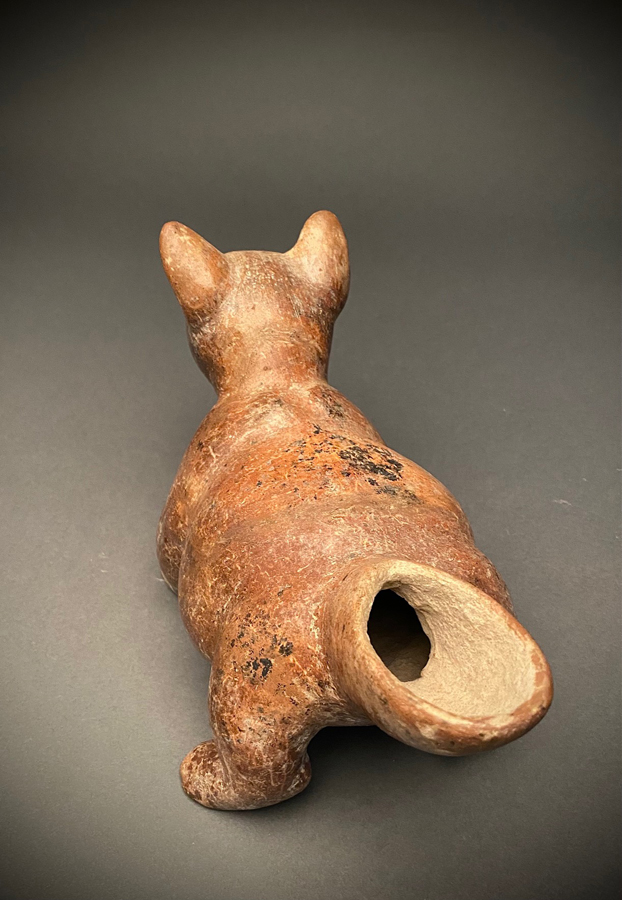 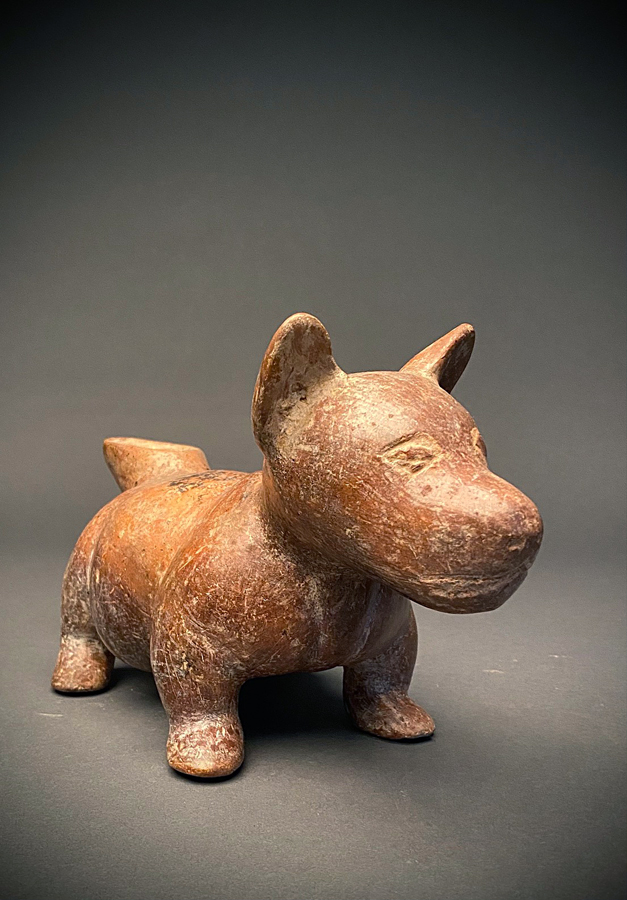 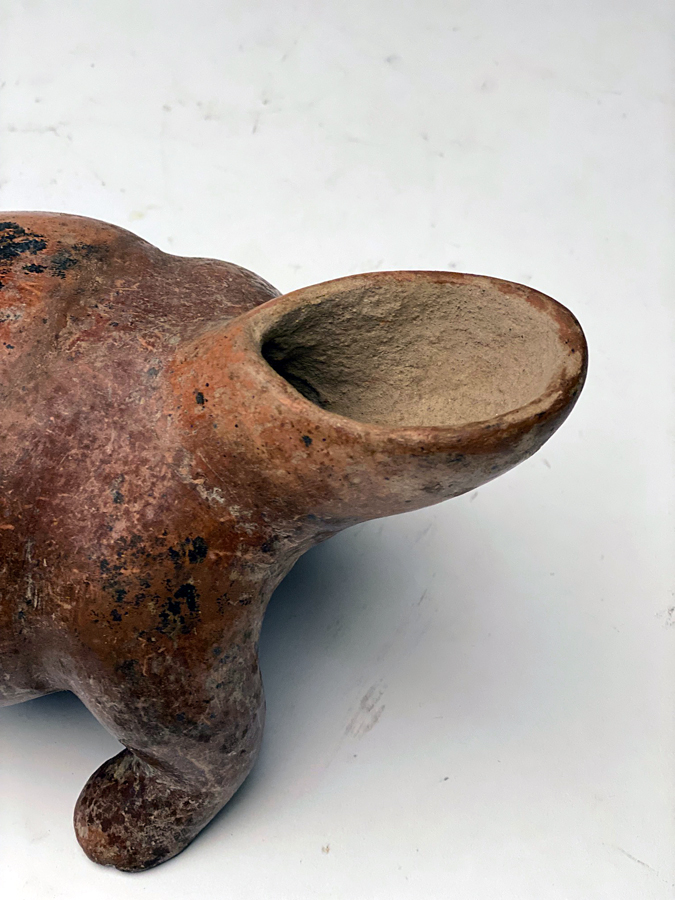 The animal most frequently depicted in Colima art is the Mexican hairless dog, also known as Xoloitzcuintli (pronounced show-low-eats-kweent-lee) by the Aztecs of the fifteenth century. In addition to raising dogs as a food source, many peoples of highland Mexico believed that a dog accompanied a person’s soul on the journey into the underworld. Discovery of dog images in tombs suggests they were intended as companions for the deceased. - NCMA

From The Estate of Dr Armin Sadoff, Beverly Hills, CA collected in the 1960s.