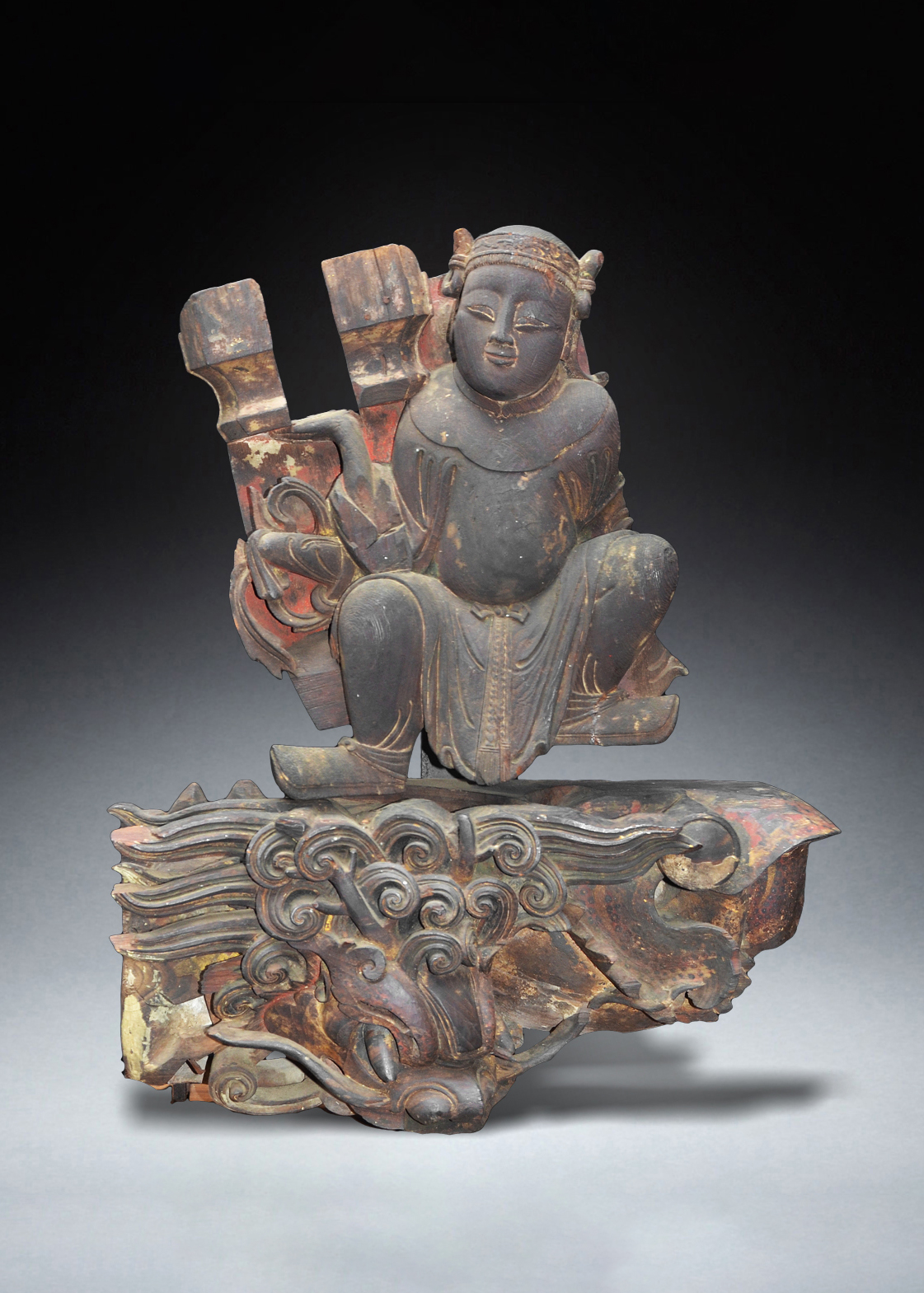 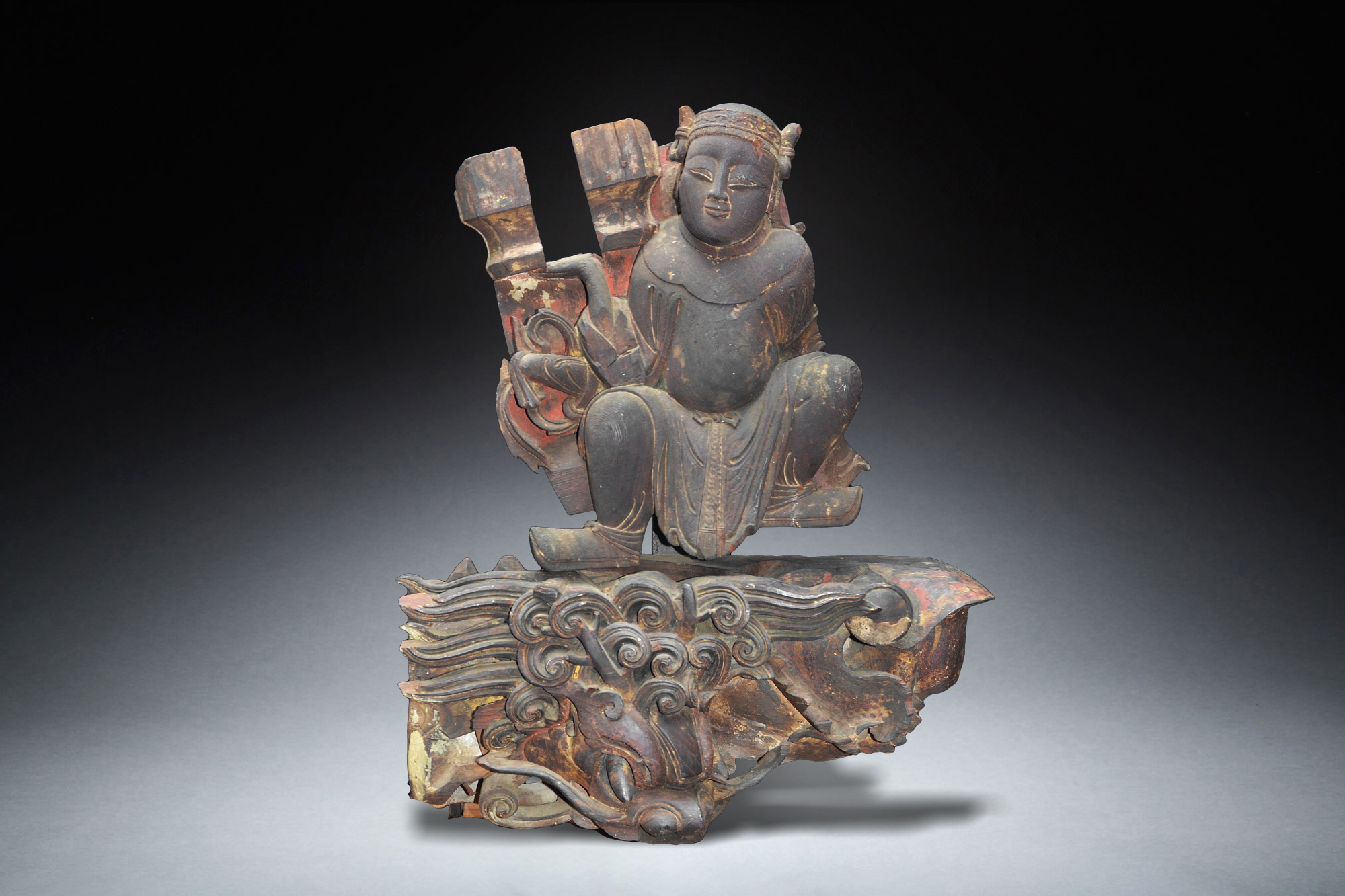 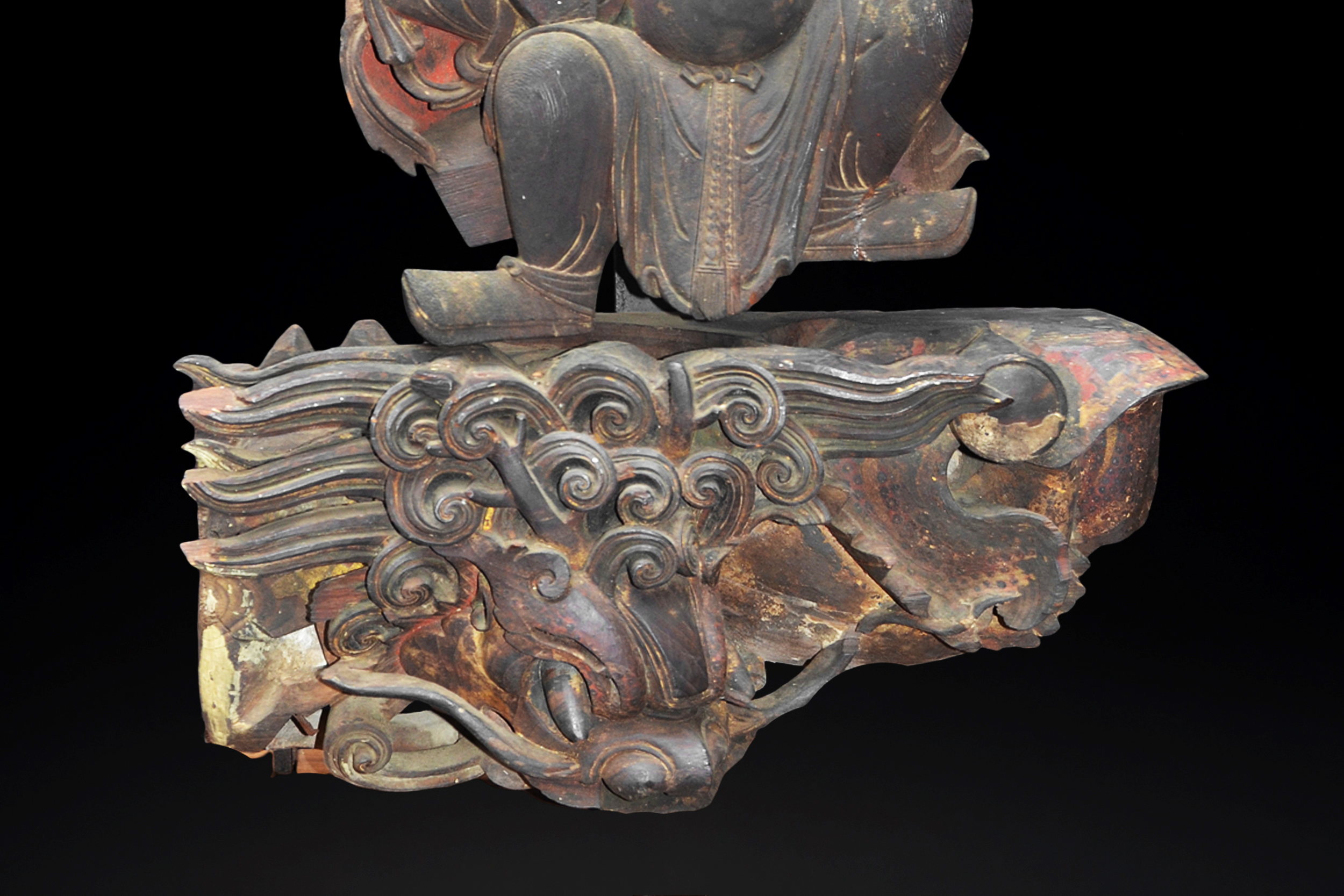 This beautifully carved figure of a spiritual being riding an elaborate dragon was a part of architectural support from a Daoist Temple in China. You can see the square place below the left hand where a beam of wood had gone in to fit into a larger structure, likely in the interior corner of a temple or shrine.

A knowledgeable Asian Art expert told me that the deity figure is wearing Ming-era clothing. The Ming dynasty officially was the ruling dynasty of China from 1368 to 1644.

You can see the skill of the artist with the finely carved deity figure & dragon both highly animated and with traces of the original thick lacquer-based pigments.