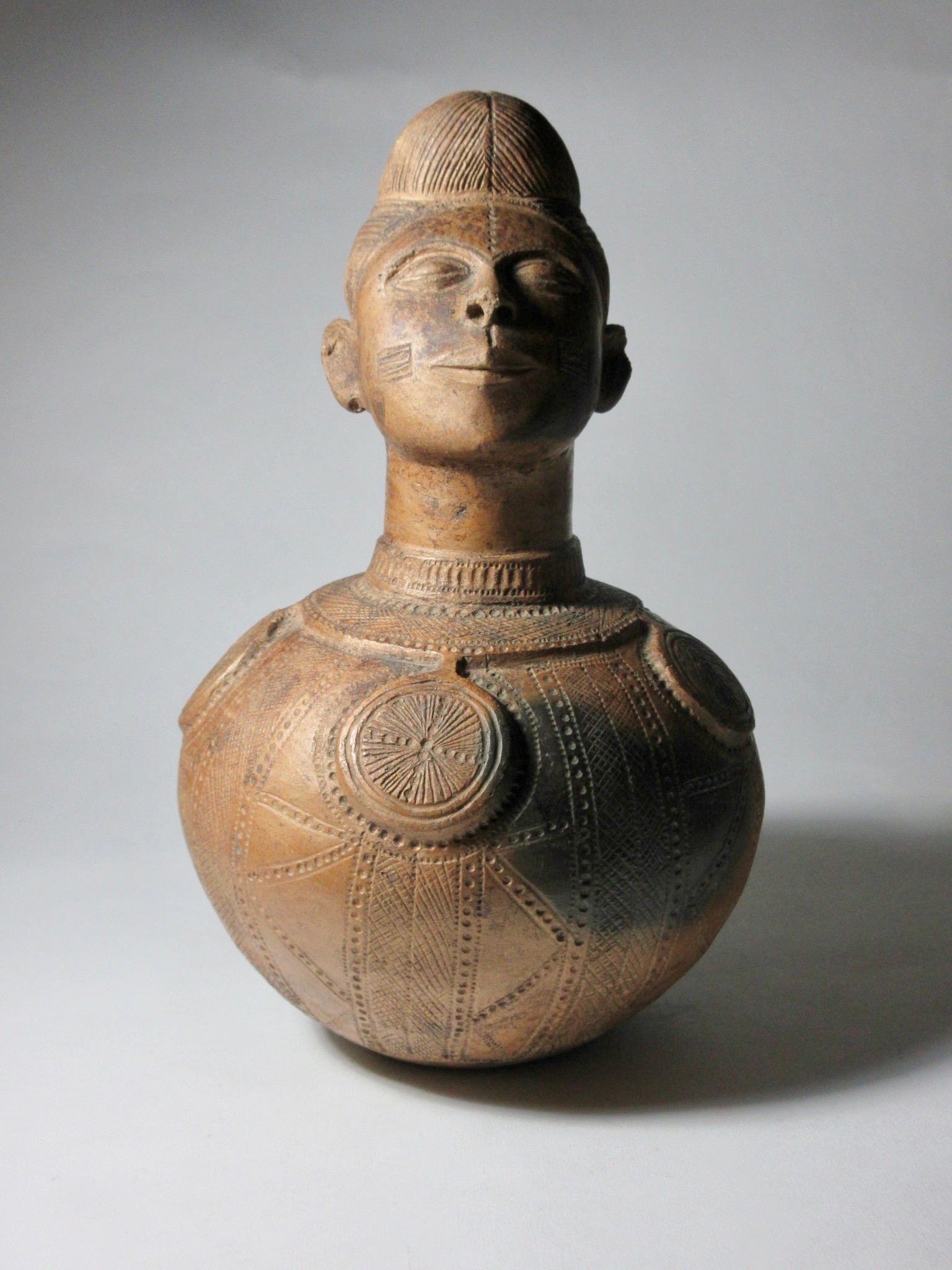 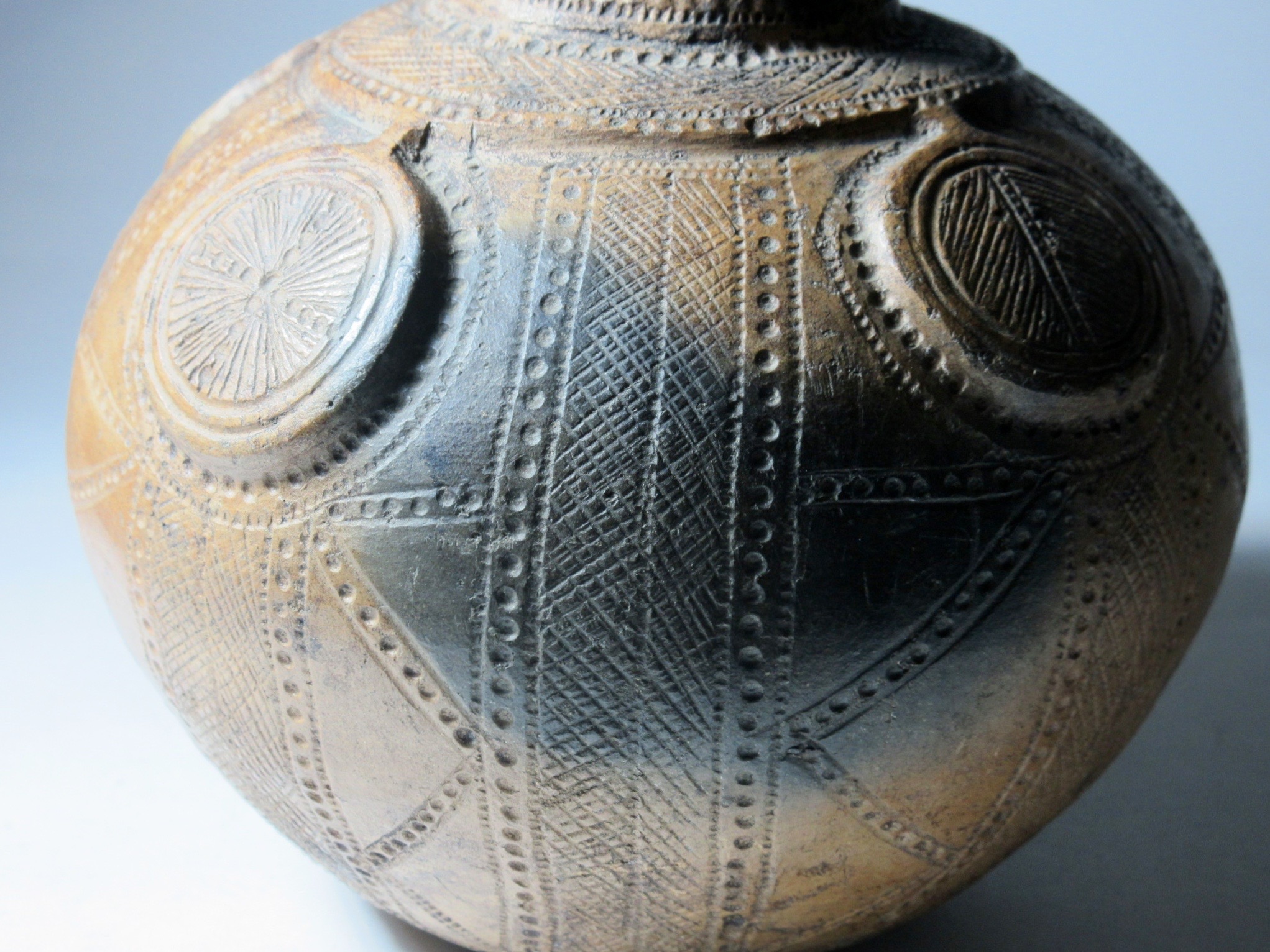 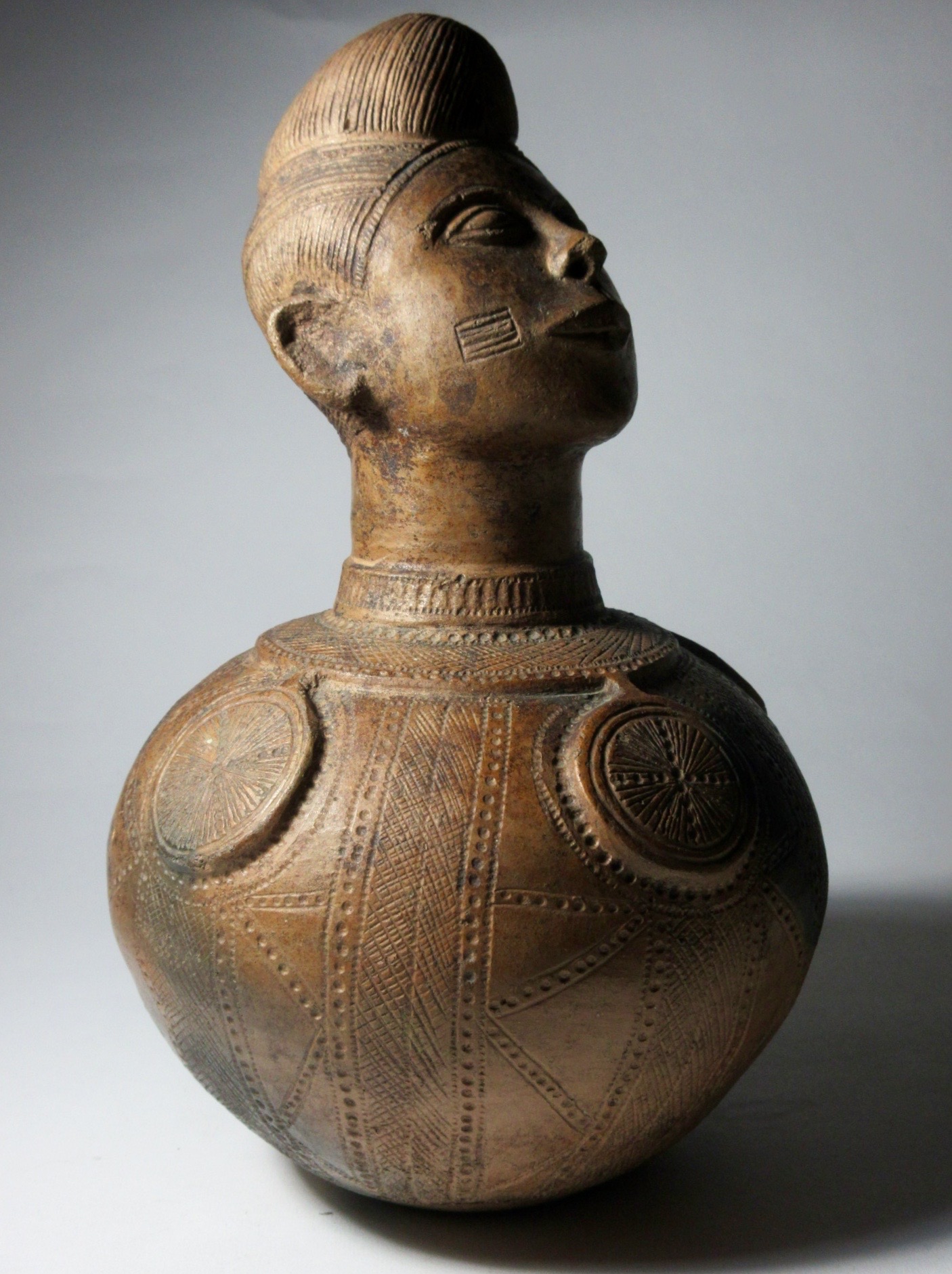 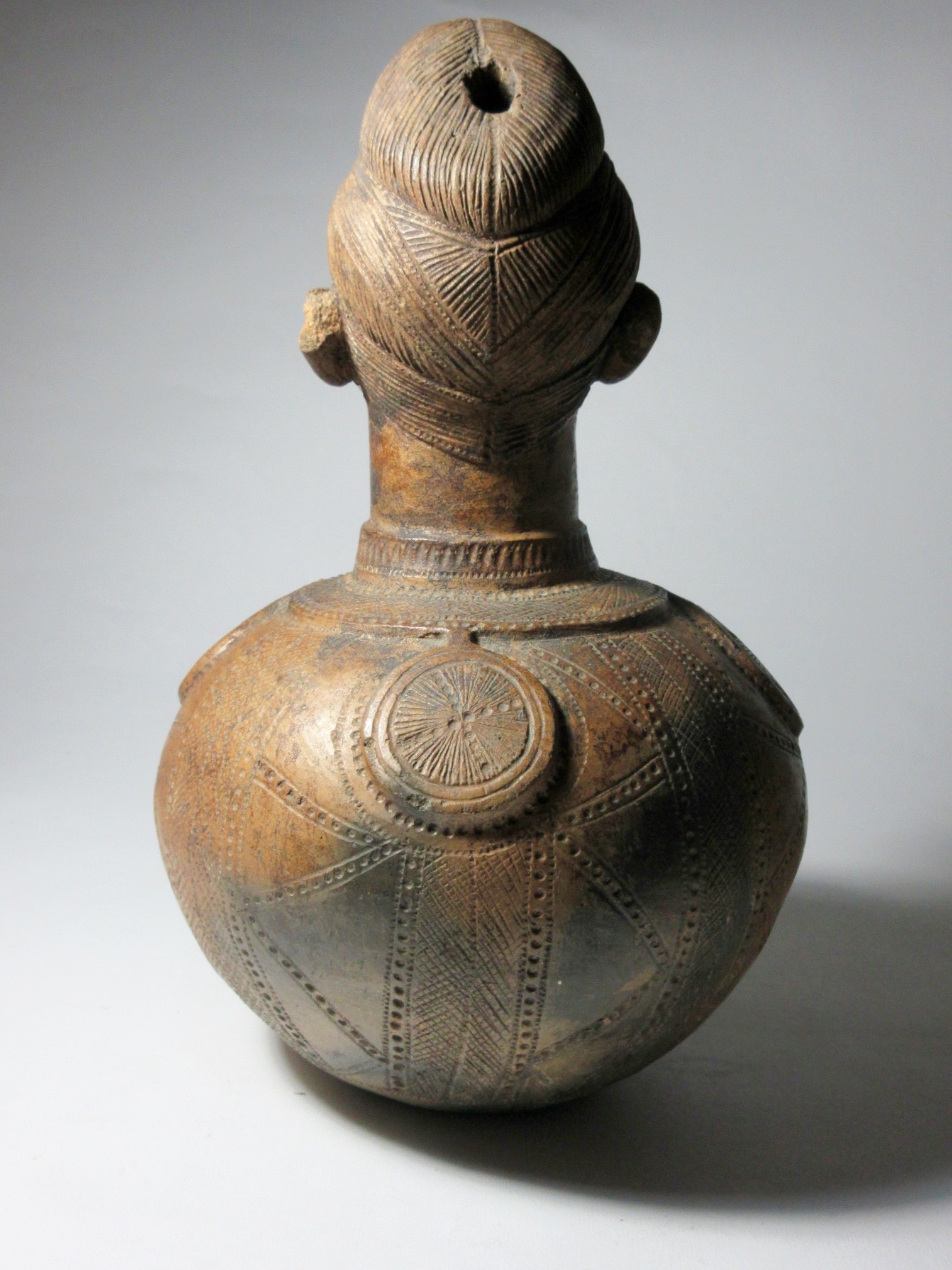 This vessel is characteristic of works by a known Zande artist called Mbitim, typically using raw clay with tiny mica flakes to reflect light (hilidiwe). He is known to have made spherical pots with human head finials like this, as well as bookends for Europeans.

Cf. other examples in the Pitt Rivers Museum, the Cleveland Museum, and two in the British Museum collected in the late 1920s/early 30s, one by Mbitim from his studio in Lirangu, and another by an unknown potter in Tembura, published in Nigel Barley, Smashing Pots, 1994, p. 144-145.