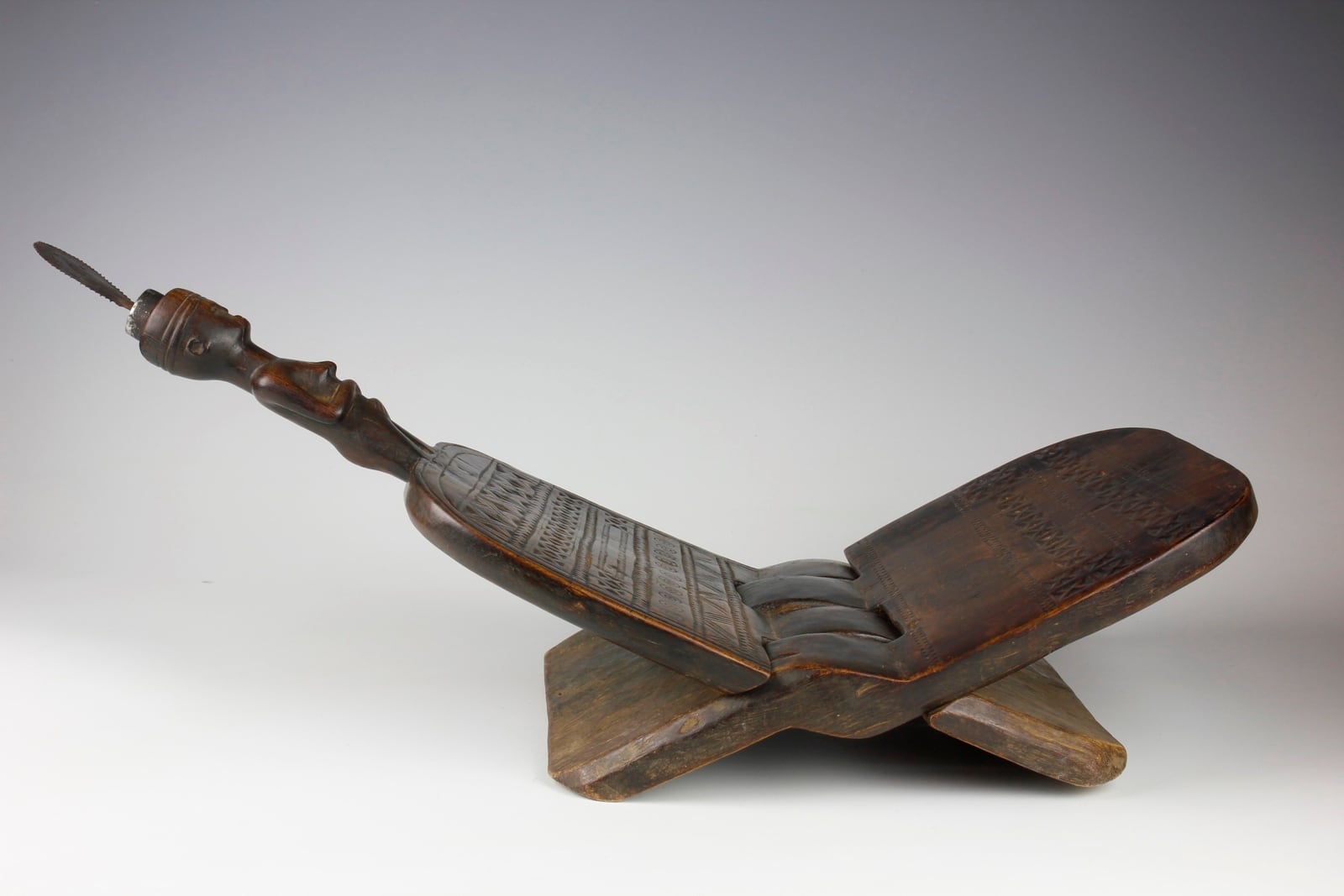 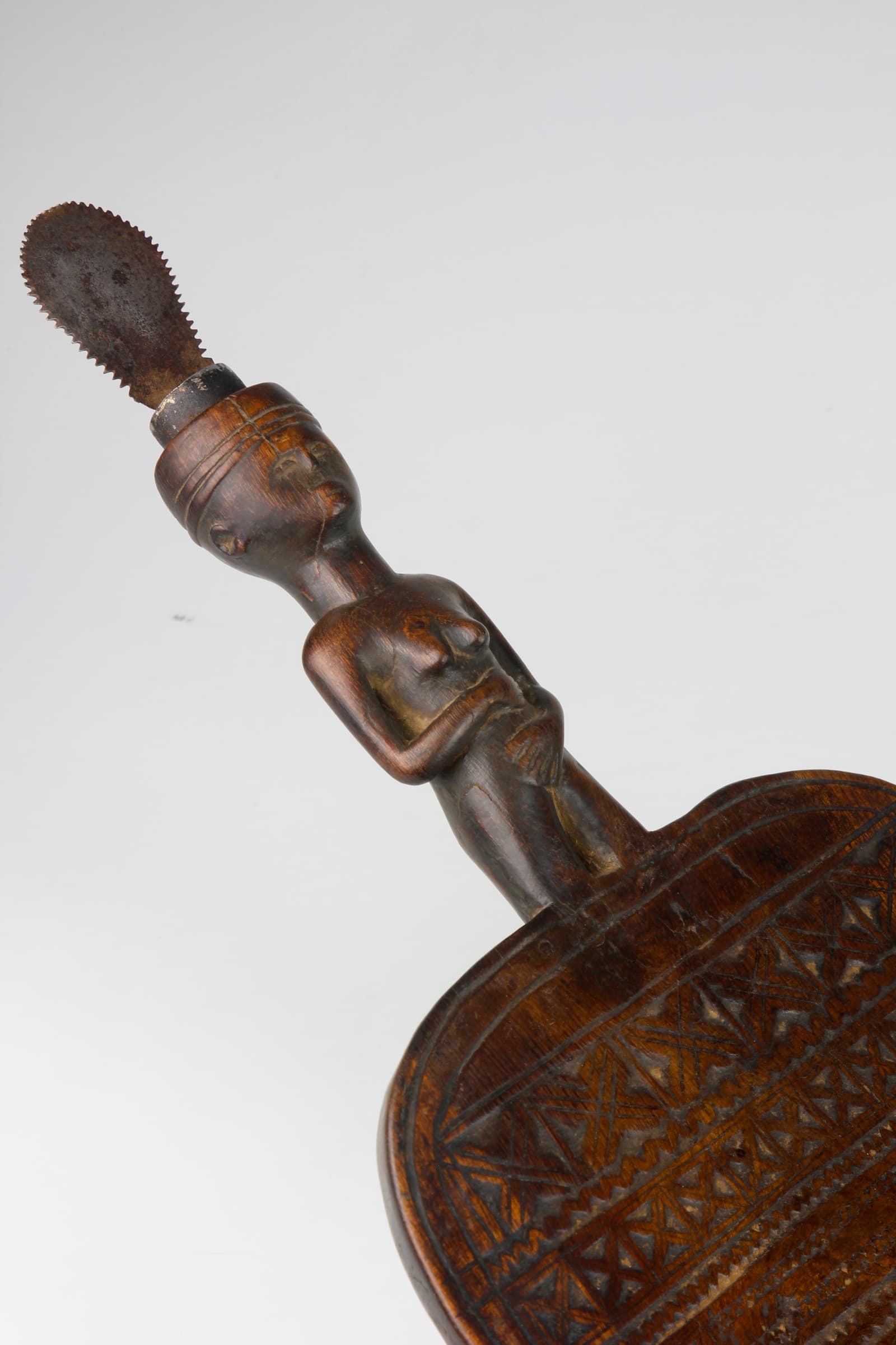 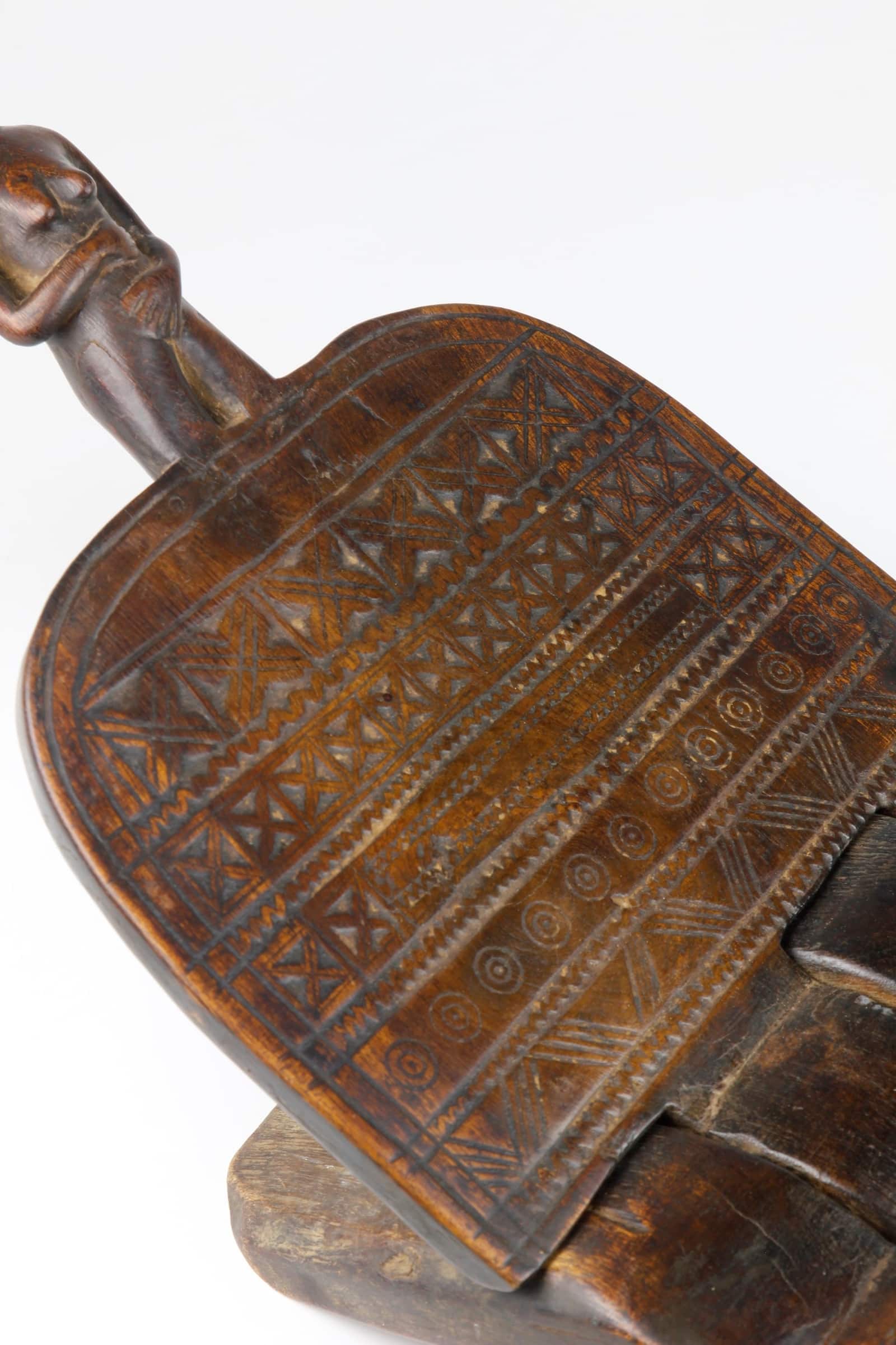 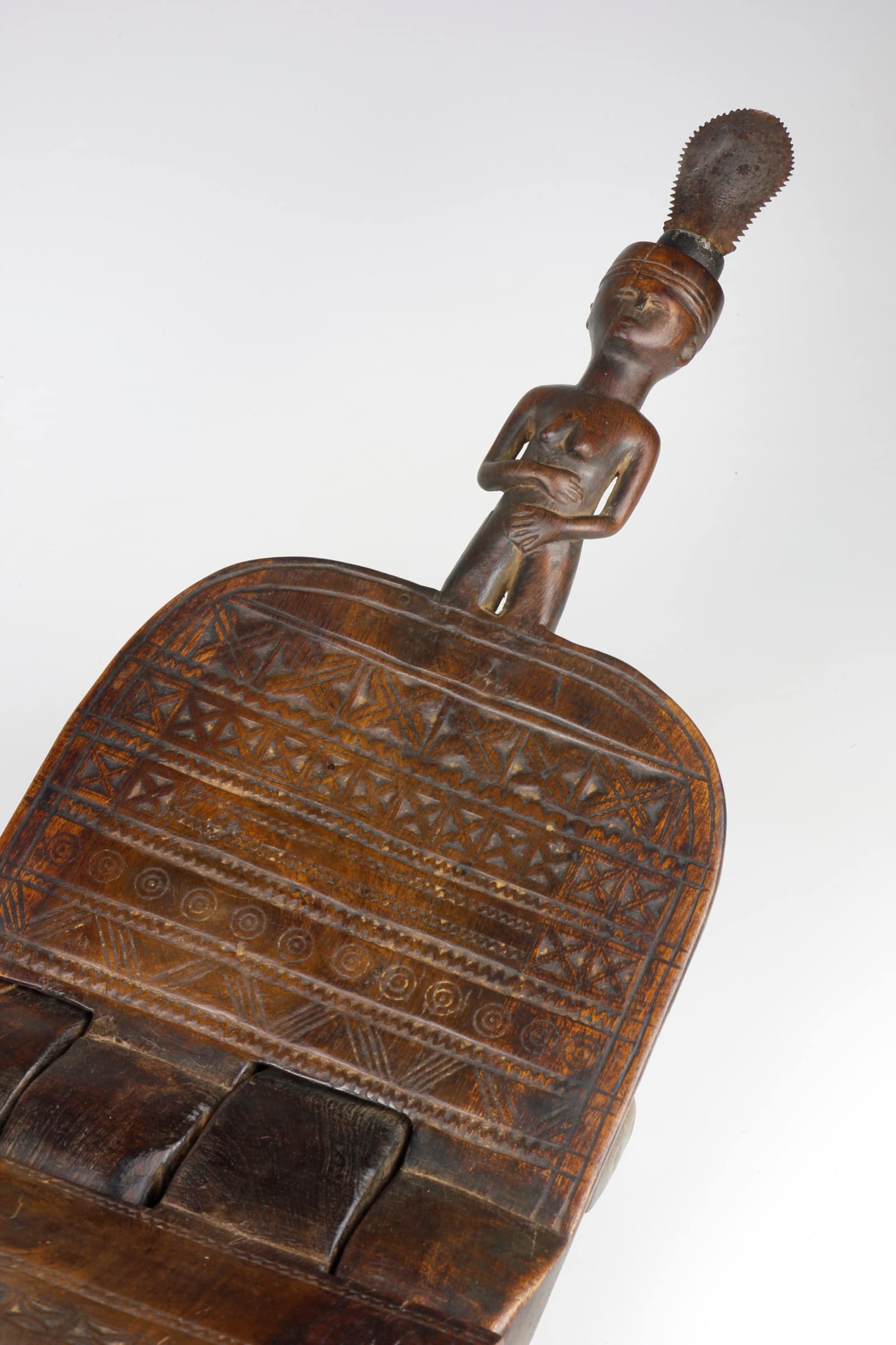 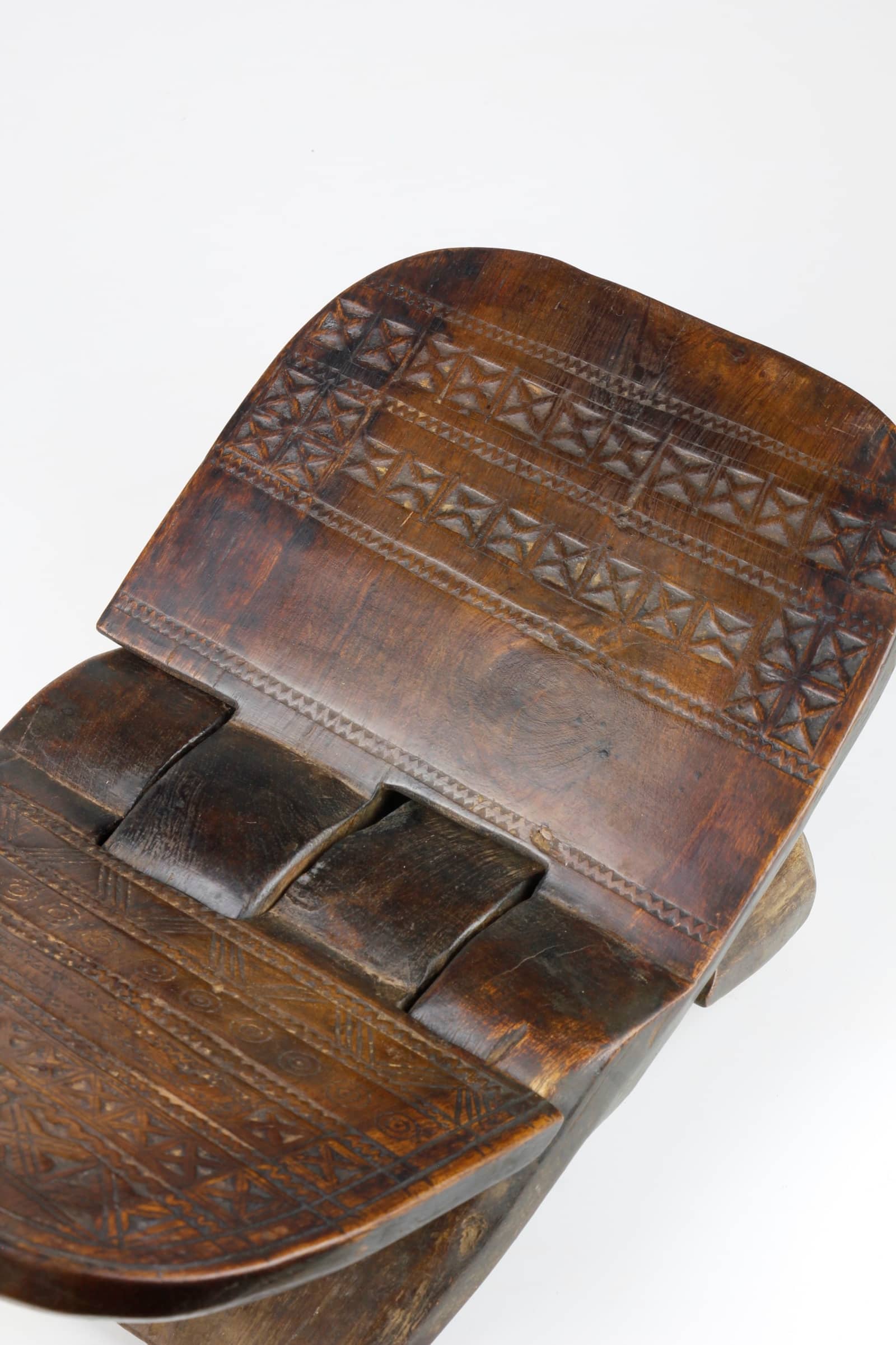 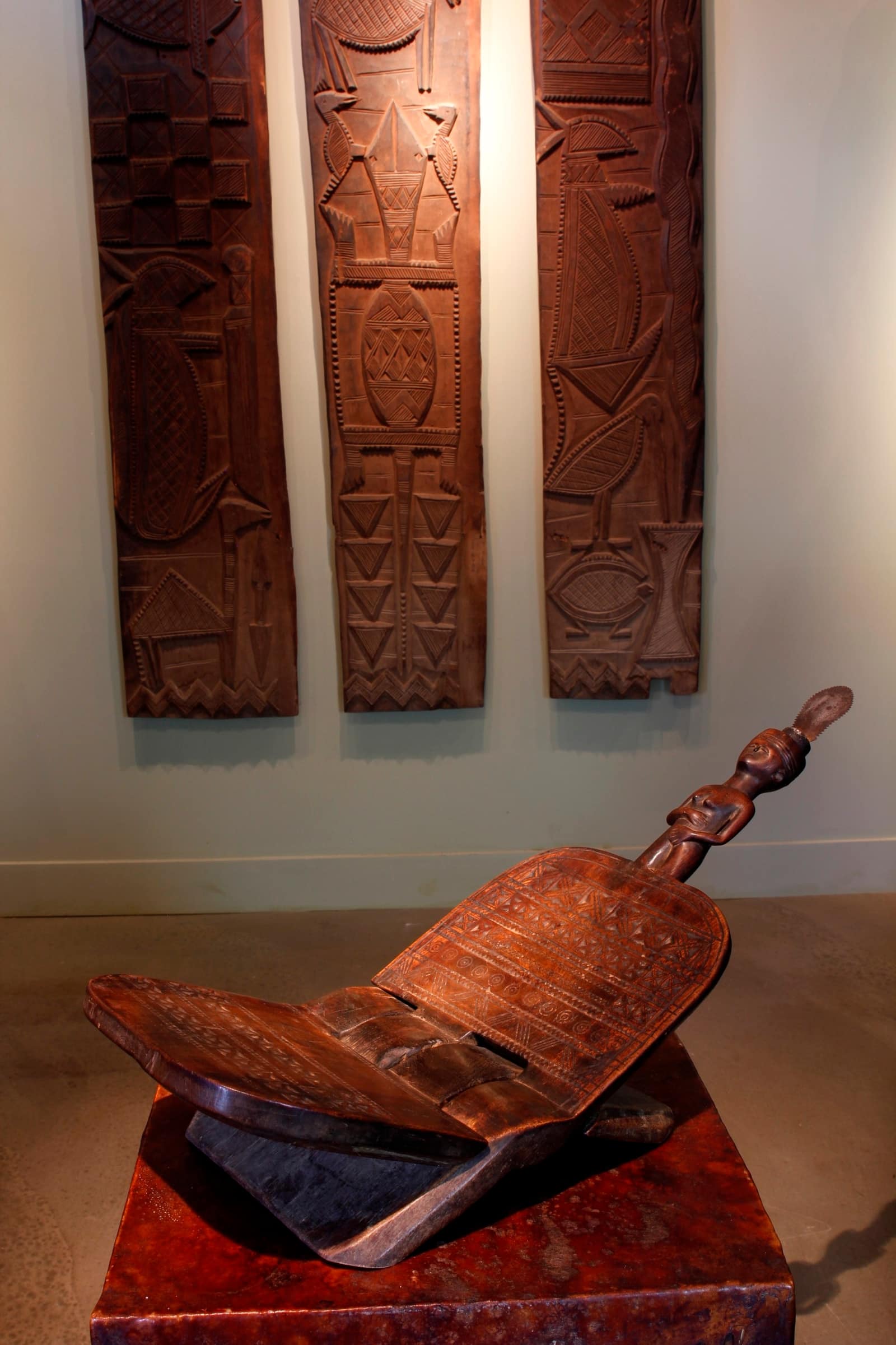 Consisting of a flat, folding X-shaped form, this fine coconut opener/stool (mbuzi) would have been traditionally used as a cooking tool to grate coconuts. Closely resembling an embellished bookstand like the type used to hold a Qu'ran, the surface is richly patinated, and finely decorated with Swahili designs found on household items along the Tanzanian coastal region.

An extension, located at one end, would have been used to grate the inner shell of the coconut. A particularly unusual feature is the figurative form of the extension, depicting a female cradling her stomach in a gesture of maternity.

It is rarer to find such stools with this type of extension. Therefore, it is possible that this piece was commissioned as a gift - given to commemorate an important event such as a marriage - wherein it would have been brought out and used only during special occasions and gatherings.