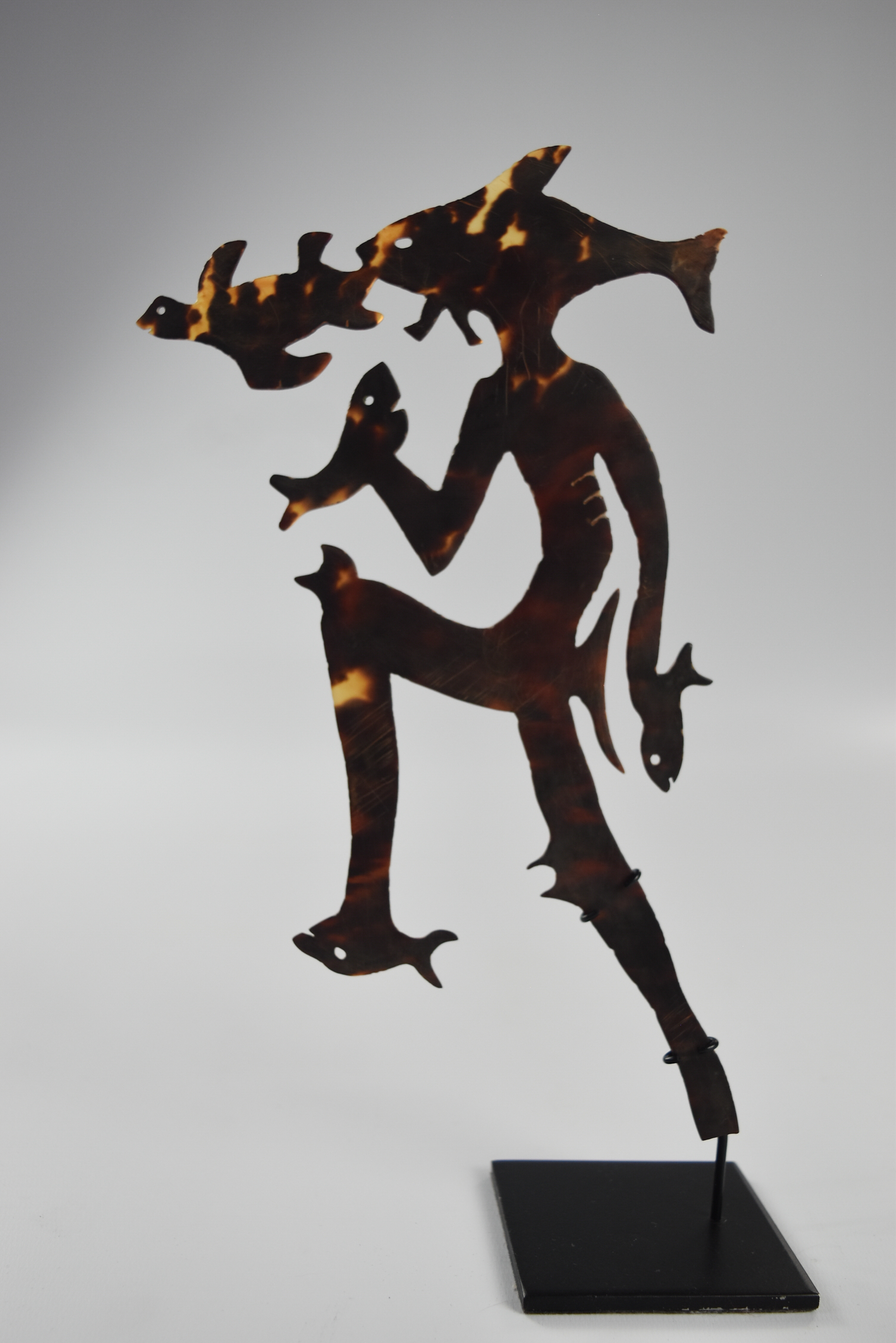 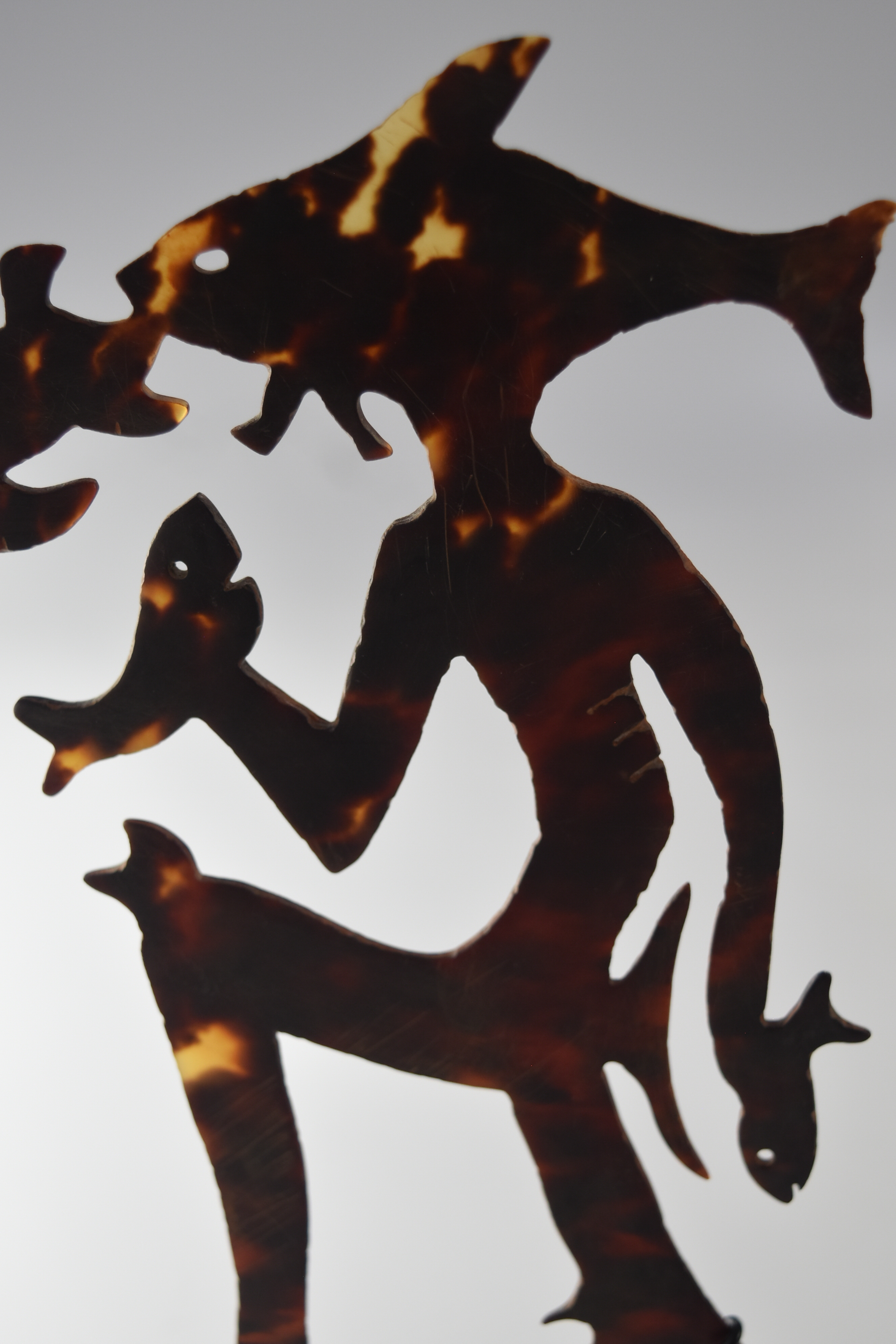 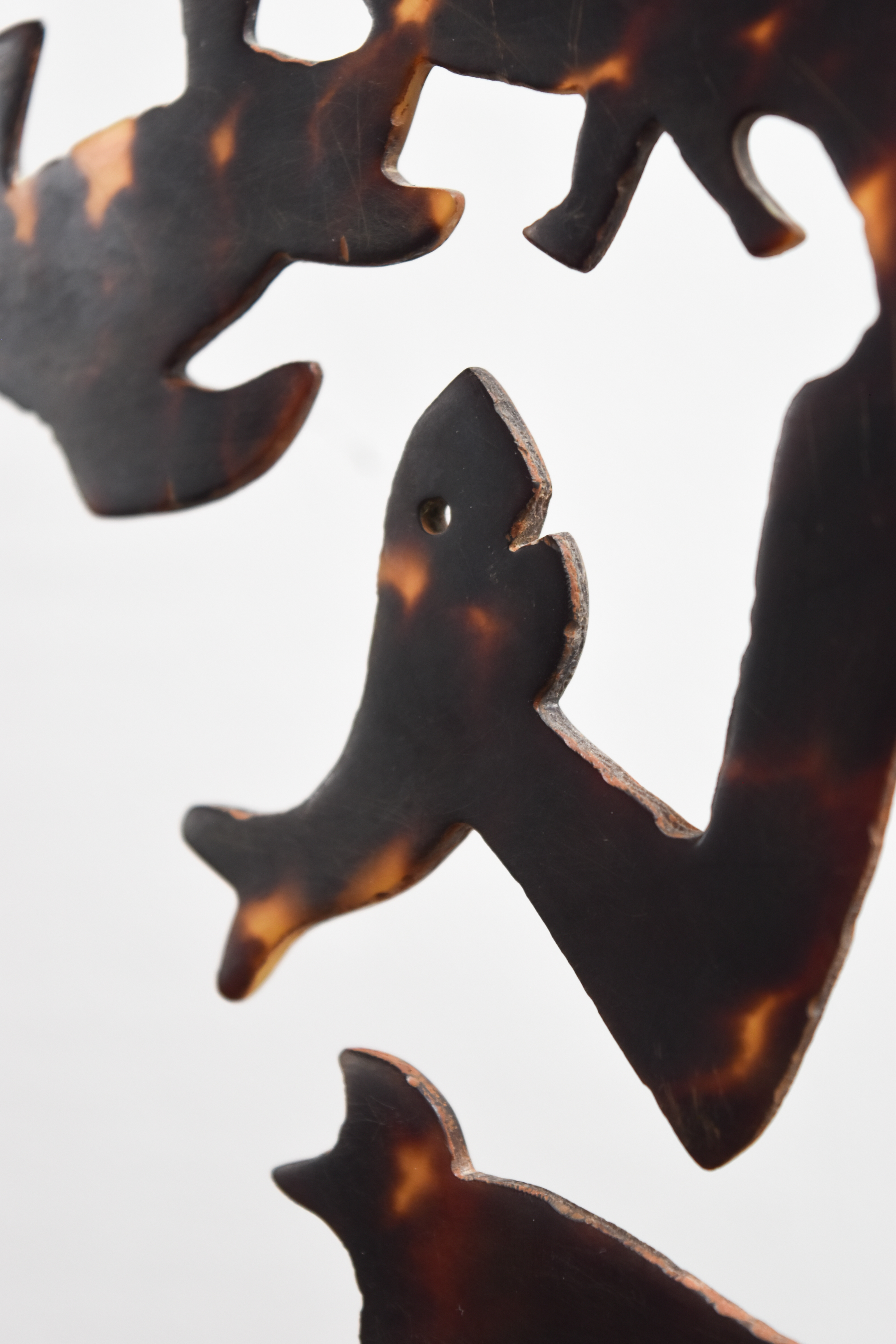 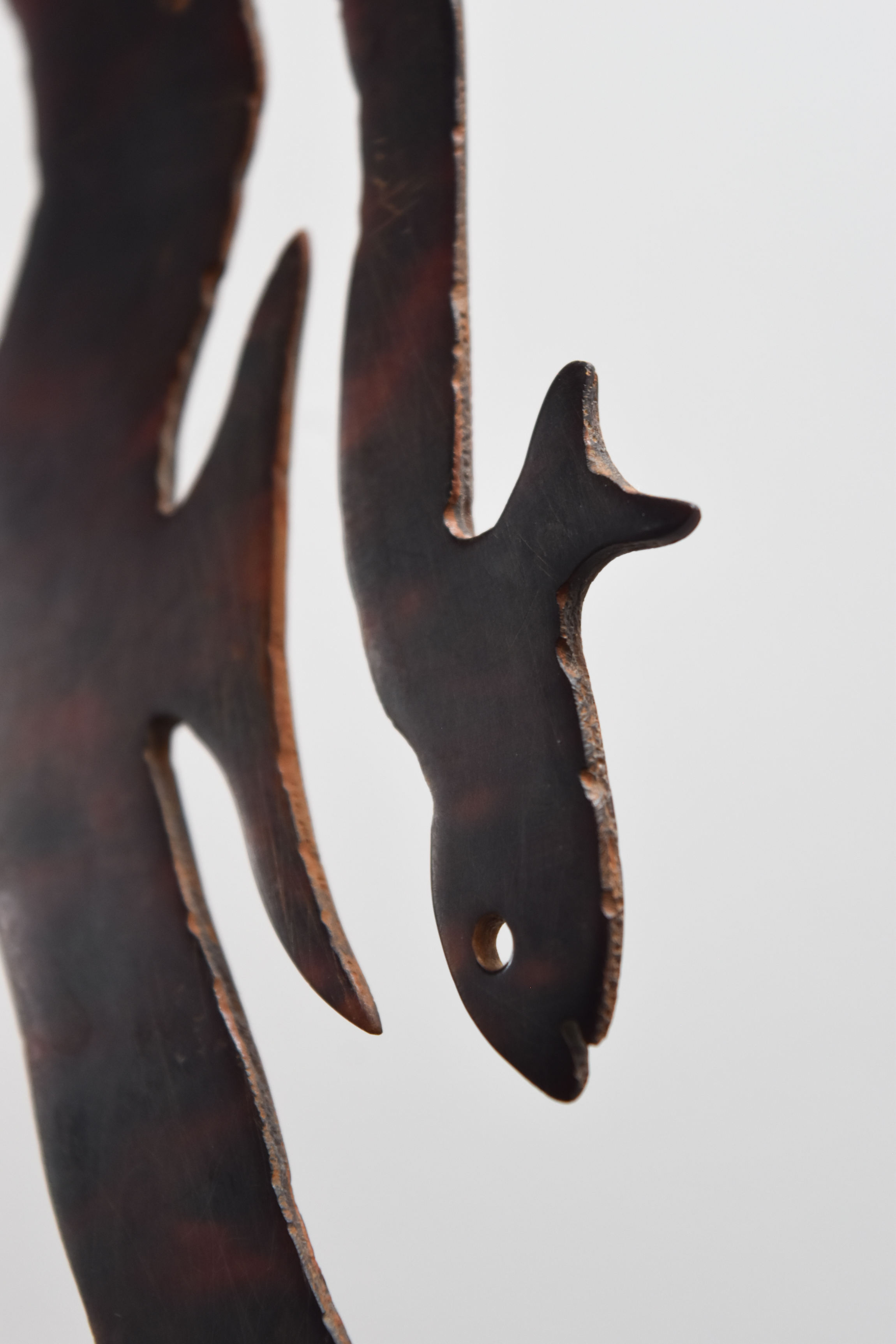 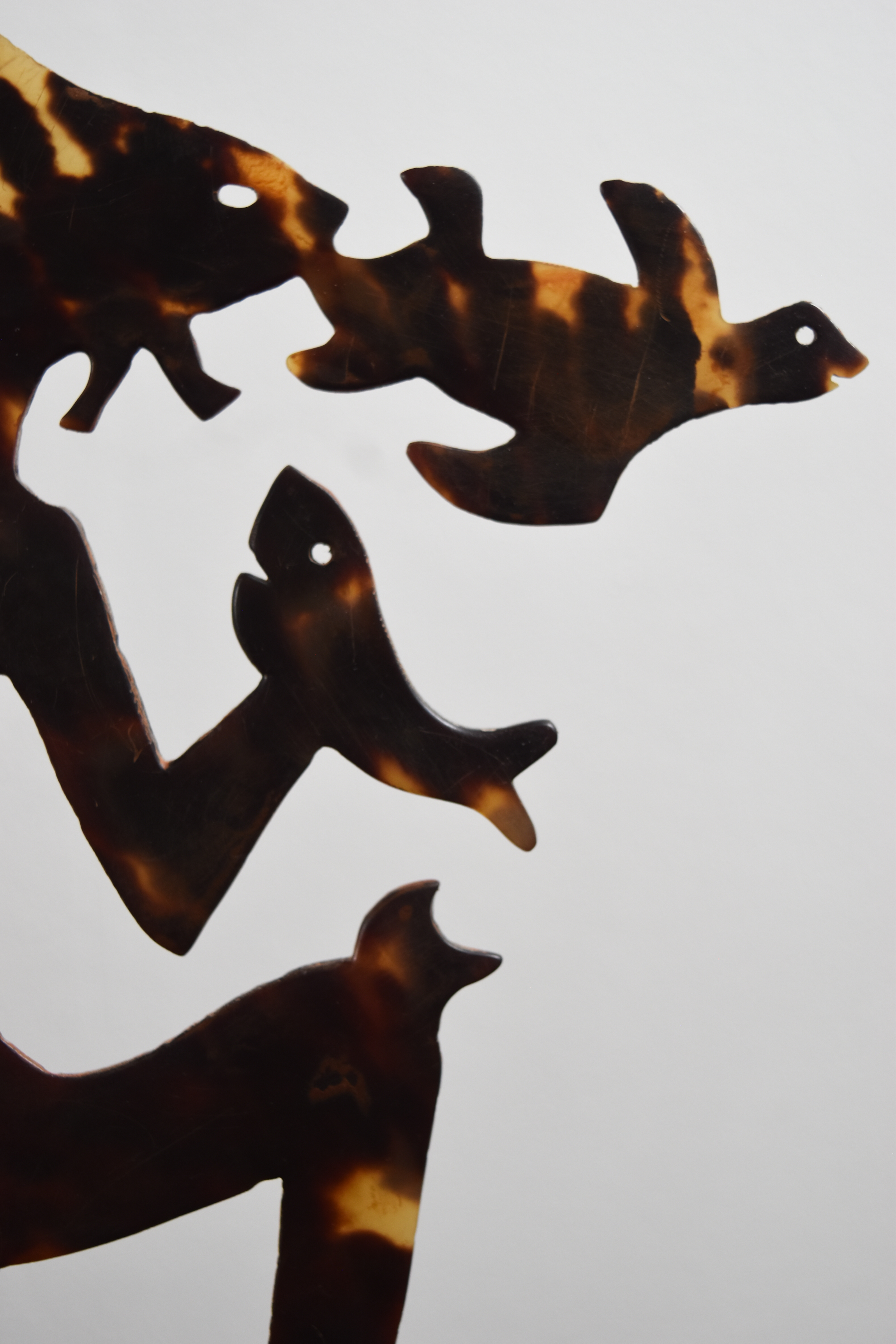 The Sea spirit Akalo (or Akaro ni matawa) is an essential deity of the western Solomon Islands. According to Ivens (Melanesians of the Solomon Island, 1927, p. 200) Akalo "is more or less human, with large skipjaks fishes - the mwanole - coming out of the knee and elbow joints, of the shoulders, the feet and the waist". On the present figure the head is represented by a fish catching a tortoise.

These figure are extremely rare and the handfull known in old museum collections are made of wood (such as the famous British Museum one). It is not known when and where exactly the tortoise shell representations of Akalo have been produced, but they all seems to be from the same hand or workshop.

This flat sculpture is remarkable by the delicacy of the material used as well as the movement, brillantly conveing the idea one can have of a sea spirit riding the Pacific ocean.

Good, one fish missing on one foot. Custom stand.