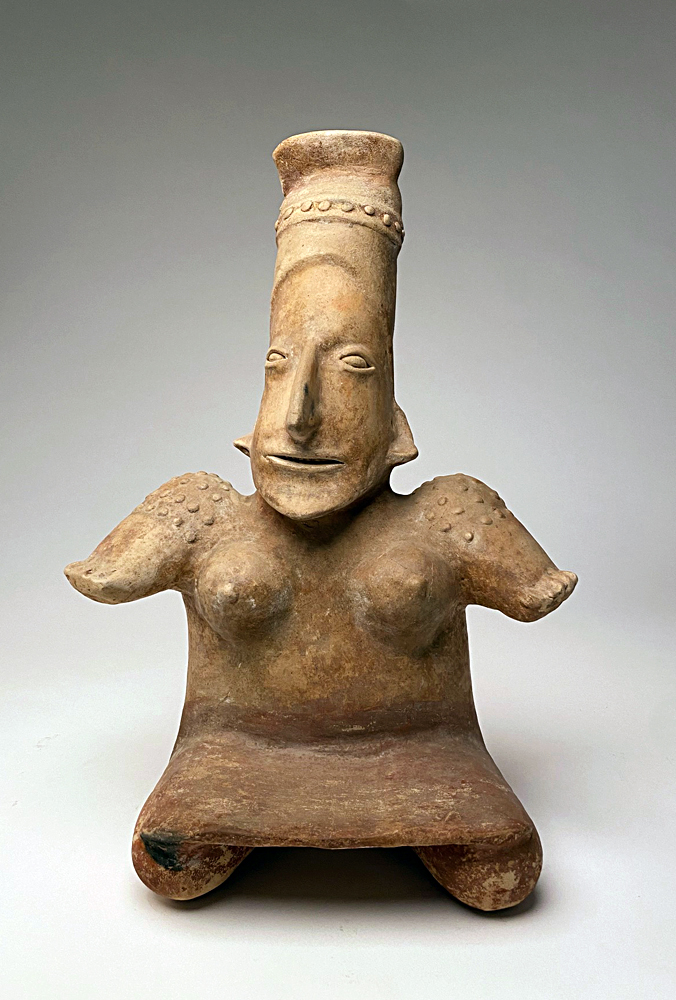 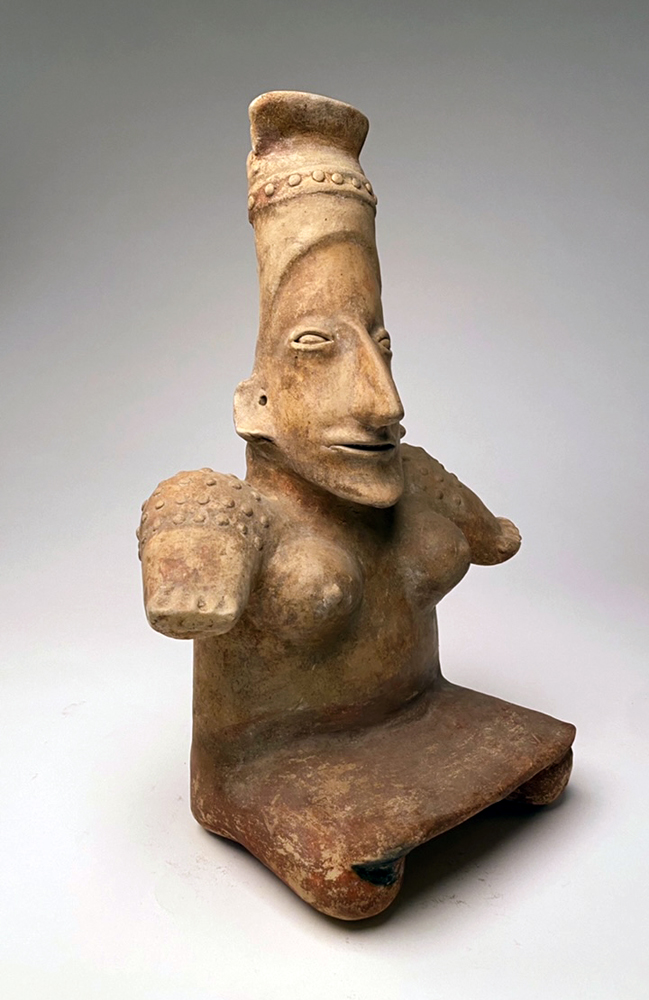 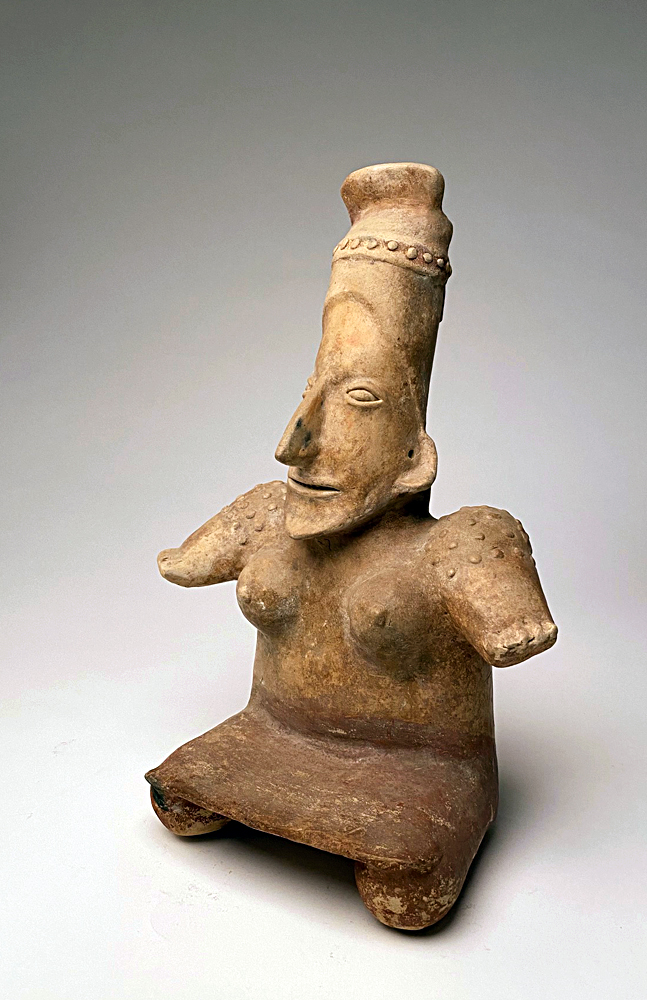 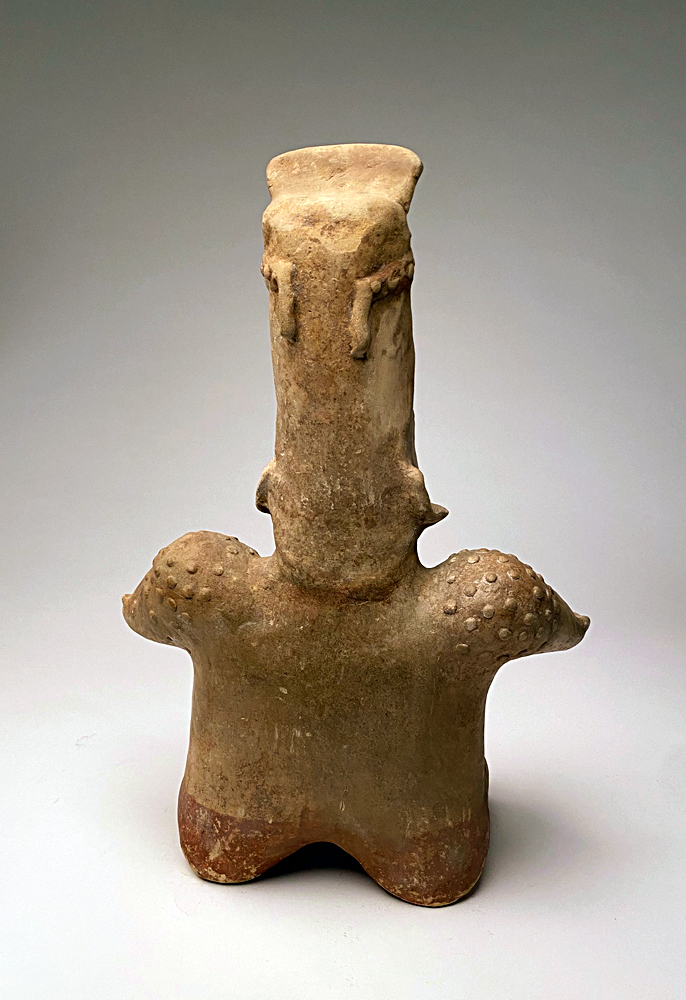 Large and hollow, this female figure was probably one of a group of similar ceramic sculptures placed in a Jalisco shaft tomb sometime around the turn of the first millennium A.D. Jalisco is one of the western Mexico states (Colima-Nayarit-Jalisco) from which ceramics of the period come, and its sculpture is noted for a hieratic style with stiff postures and staring eyes. This female figure is a good example of the style, with a tall headdress, and exaggerated shoulders surfaced with small "pellets" that have been interpreted as scarification patterns. All are probably markers of high rank. Her bodily proportions—long face, short arms, large torso with small breasts, and unarticulated legs—were not meant to indicate deformities but, rather, were accepted stylistic conventions. - MET

From the Estate of Dr. Armin Sadoff, Beverly Hills CA