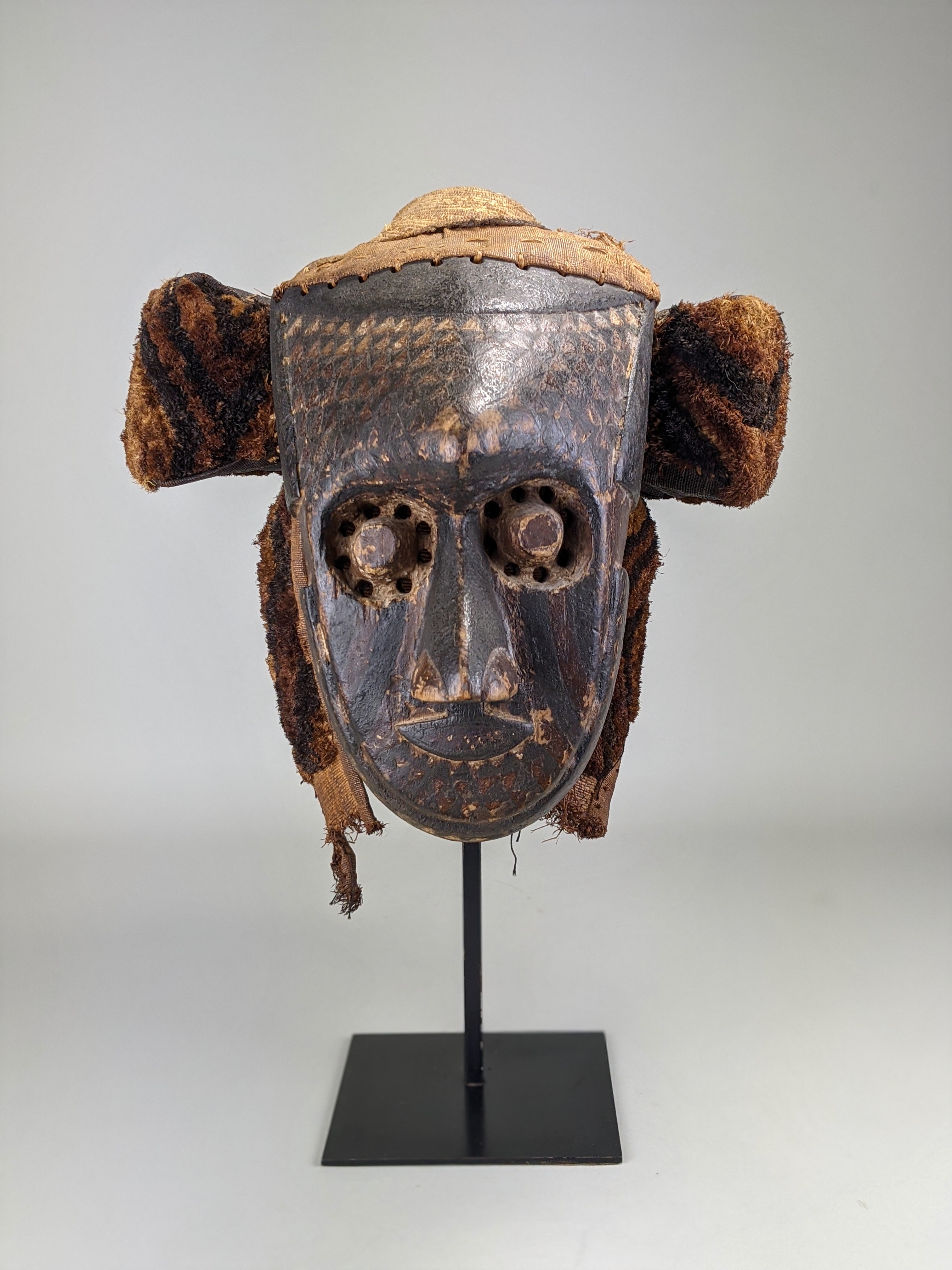 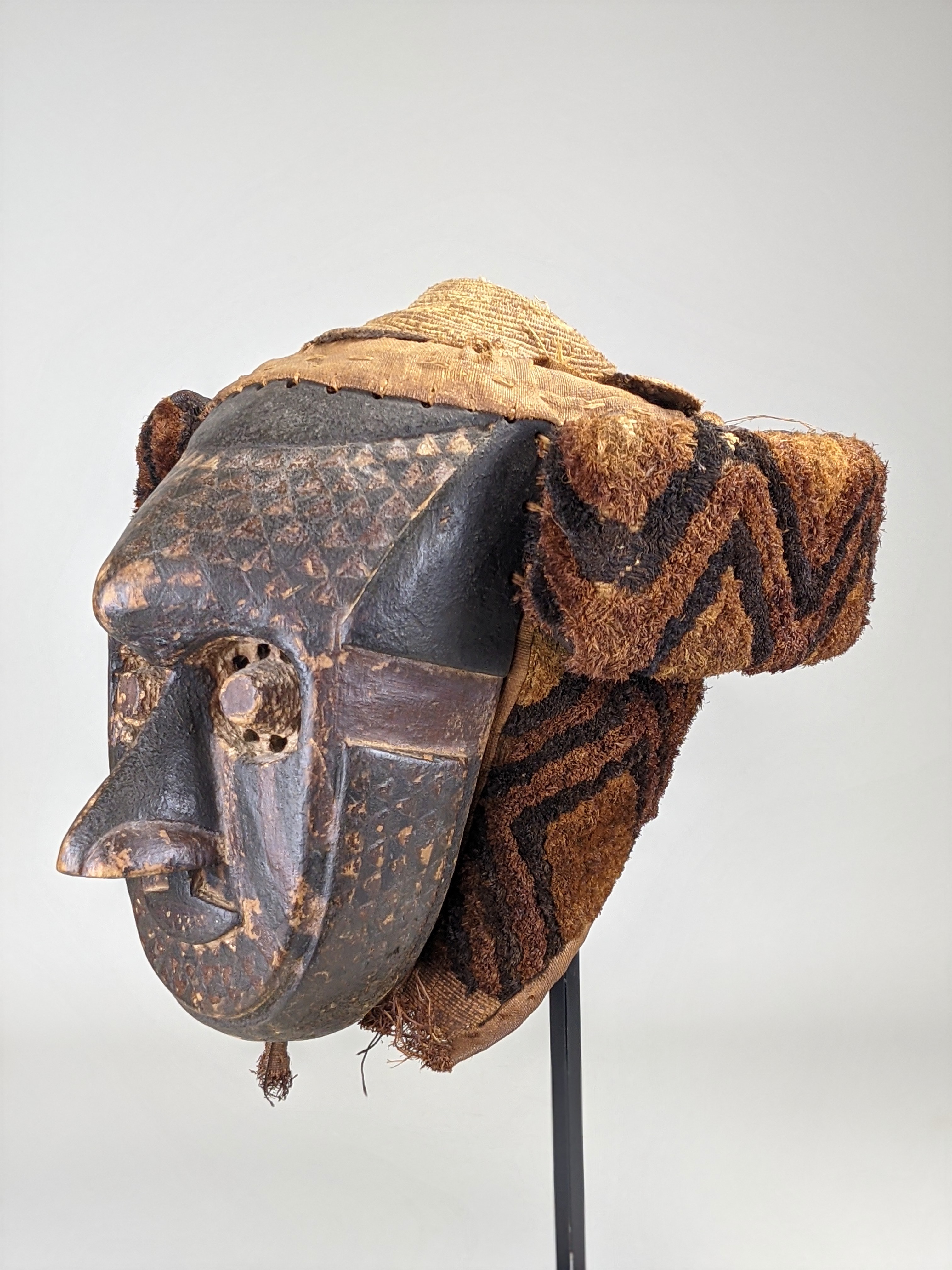 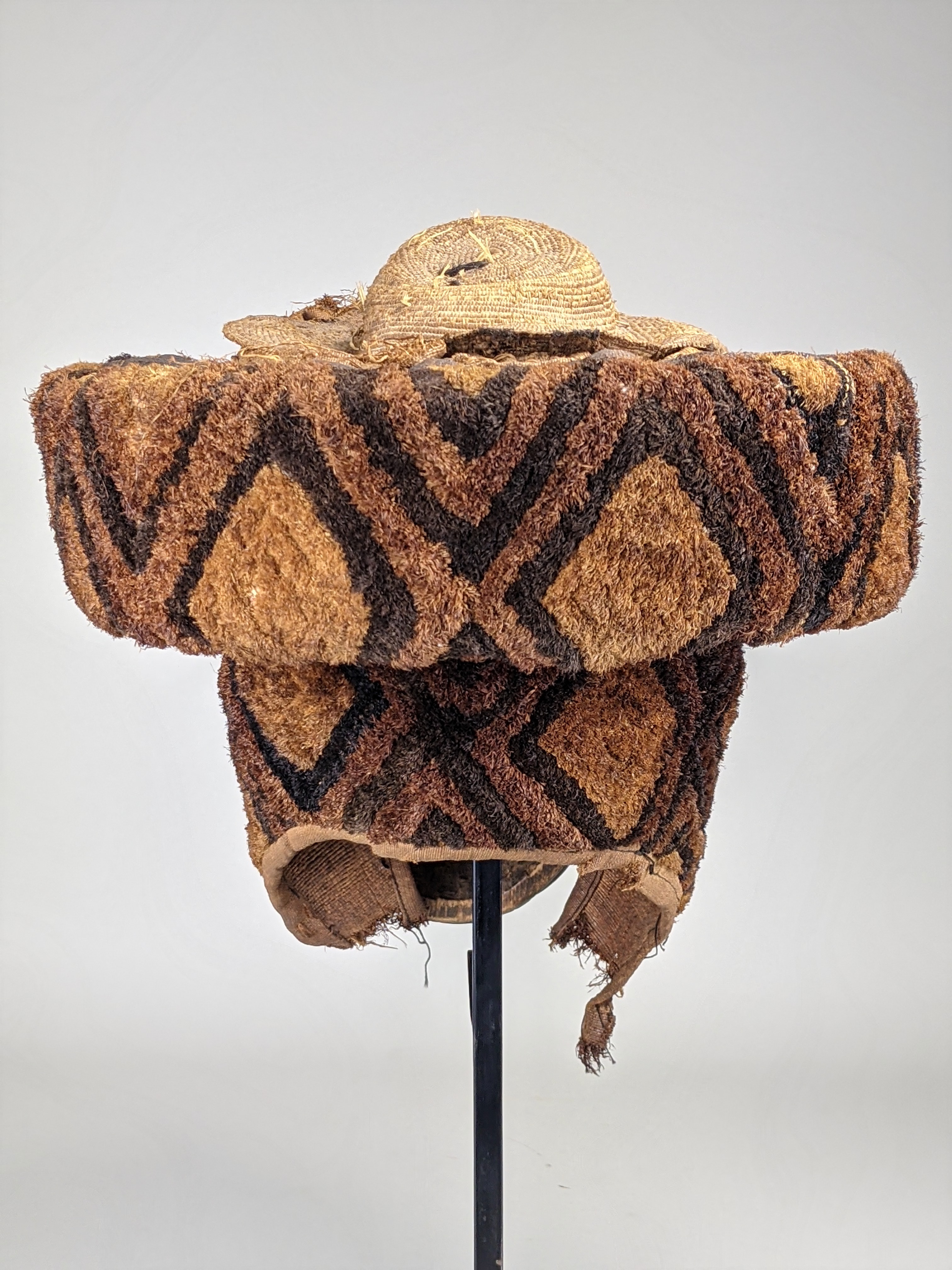 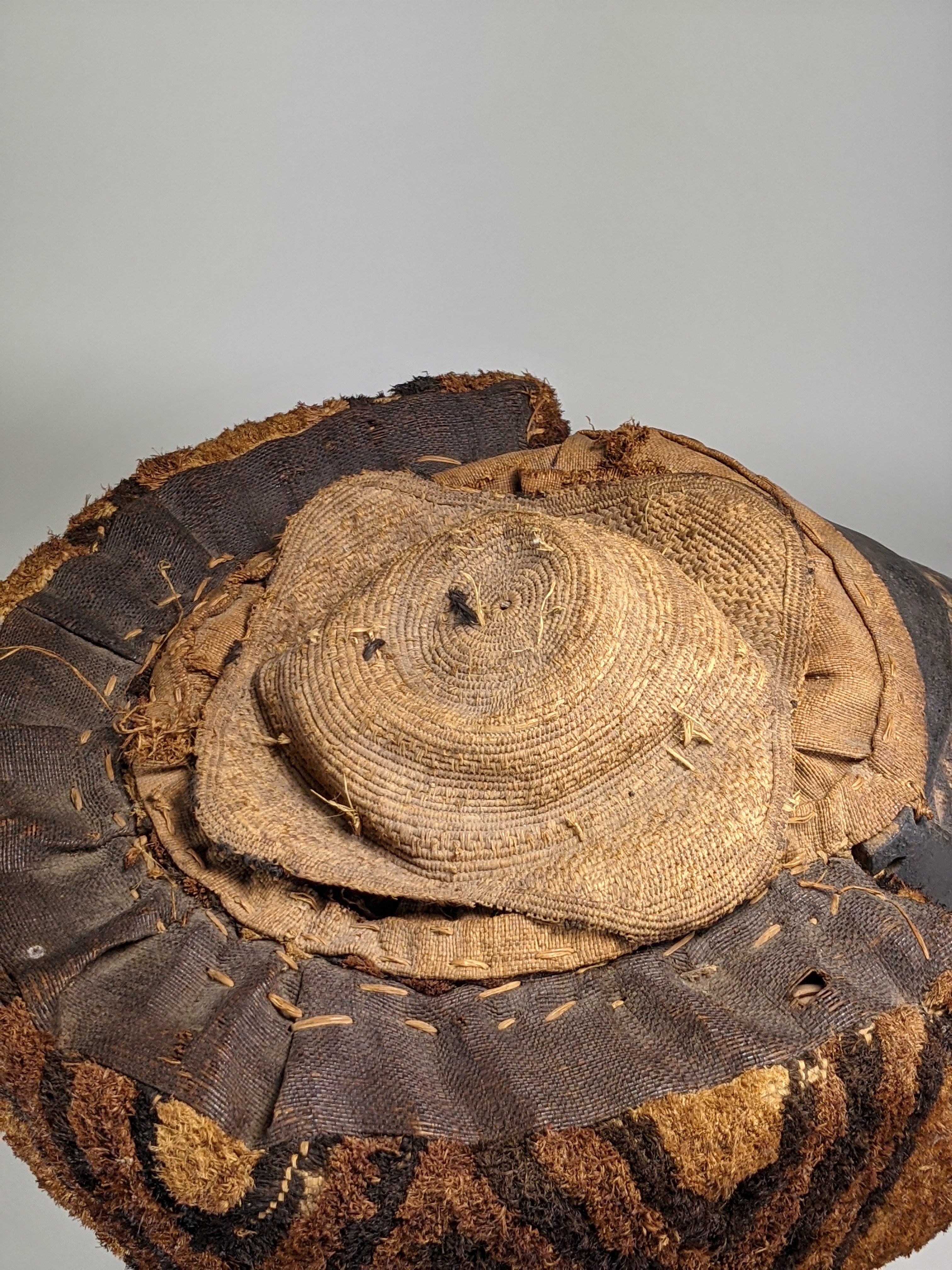 The tri-lobed coiffure carved beneath an elaborate woven geometric cut-pile raffia headpiece with side flanges. Striking protuberant conical eyes, with pierced perimeters for sight above a large angular nose and diminutive smiling mouth, all painted overall with brown and white geometric and dotted patterns.

‍Pwoom itok represents a wise old man and is performed at initiations and burials to signify elders’ knowledge. The mask wears the U-shaped raffia headdress of a high-ranking male warrior. Originally it may have been crested with a bunch of speckled bird feathers, instead there is a little domed raffia cap of a titled male called laket.