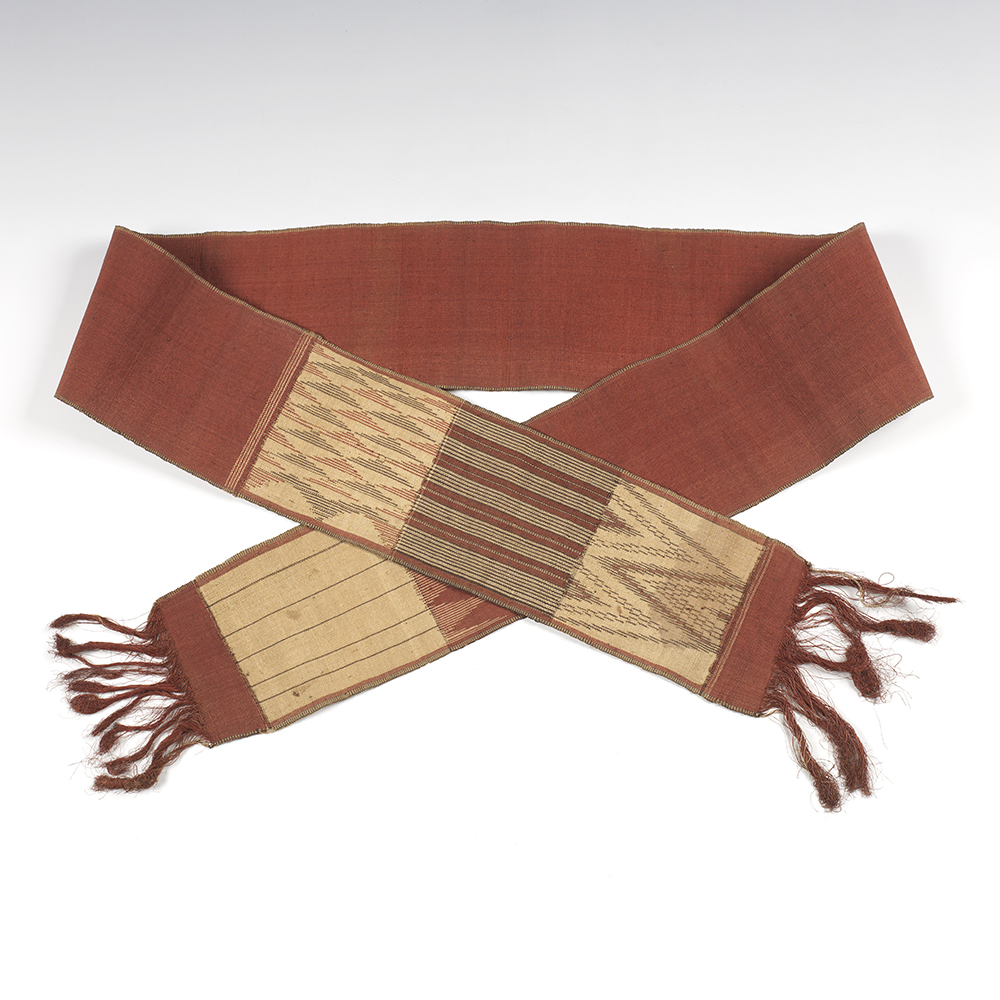 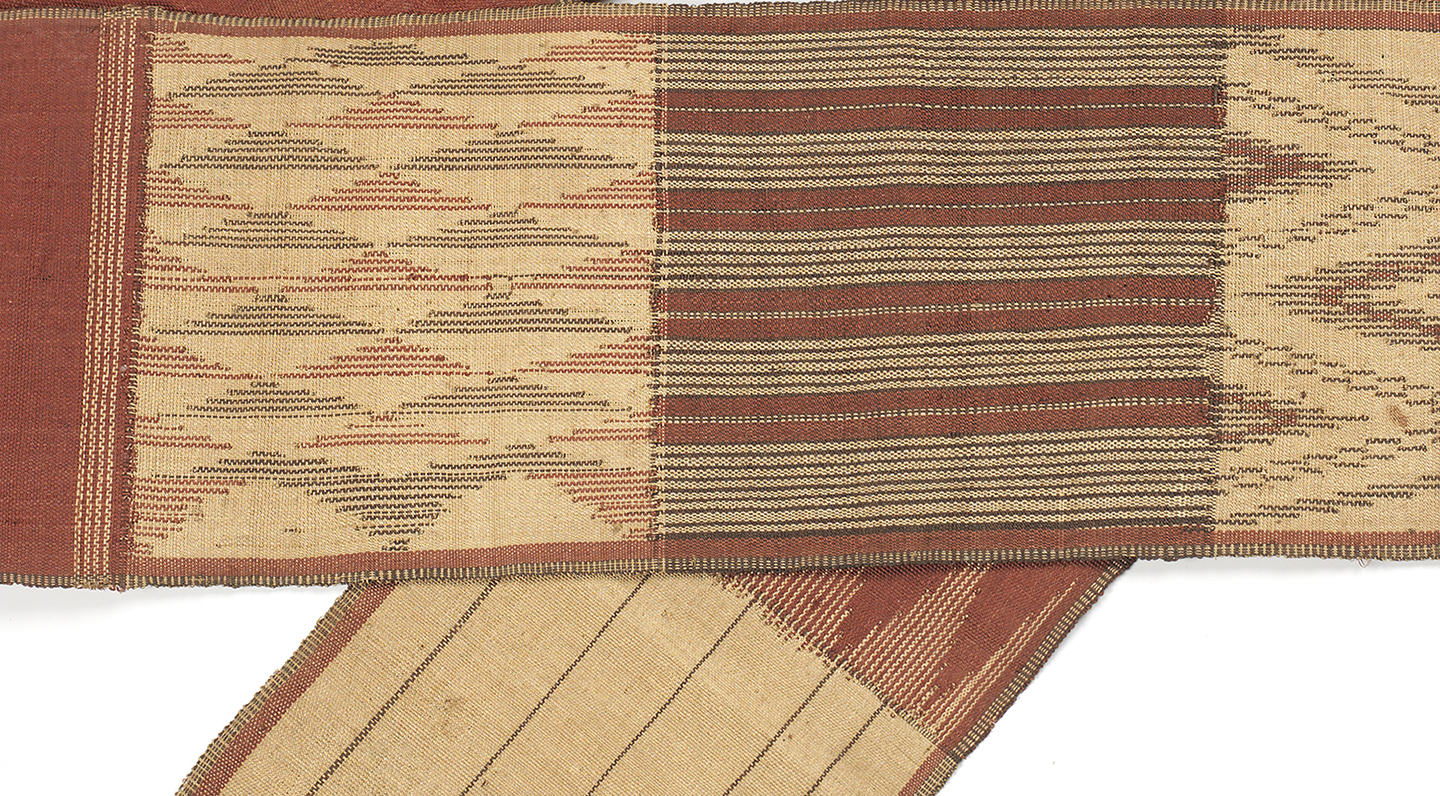 The intricate, tricolor linear and geometric designs at the fringed ends of this exquisitely woven and elegant mid 19th century man’s sash were created with a variety of patterning techniques (supplementary weft, tied-in warp patterning) and dyes extracted from plant and mineral sources.  The reddish brown dye, for example, was derived from Morinda citrifolia (commonly Indian Mulberry), which also had medicinal properties. Many repeat steps were required to build up the rich, deeply saturated color field.  Certain patterns and colors were restricted to particular families.

These rare sashes were worn by men of high rank or status for ceremonial occasions, dances and feasts. The belts were wrapped over the traditional grass skirt.   Similar examples are in in the collections of the de Young Museum, San Francisco and the Metropolitan Museum of Art, New York.