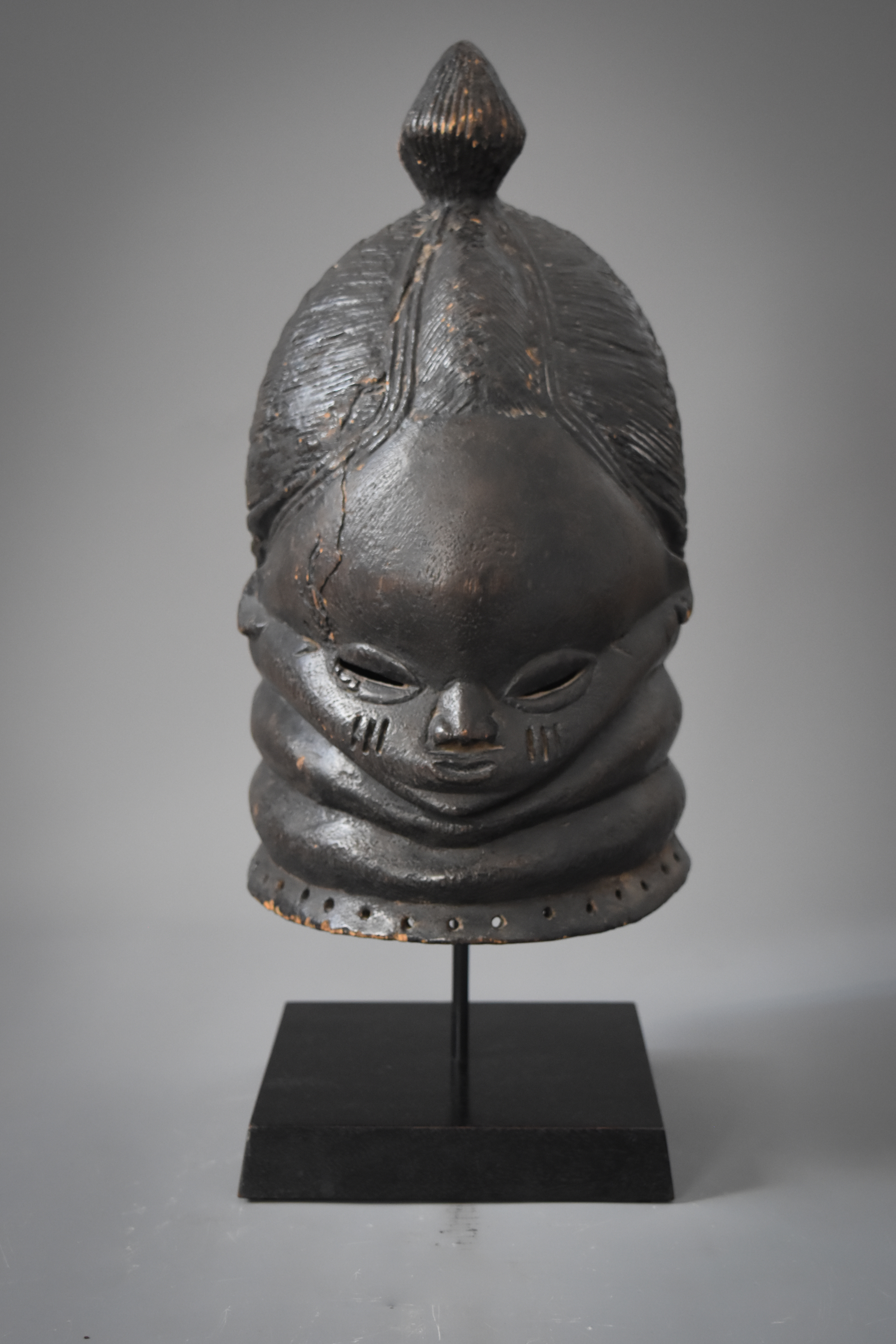 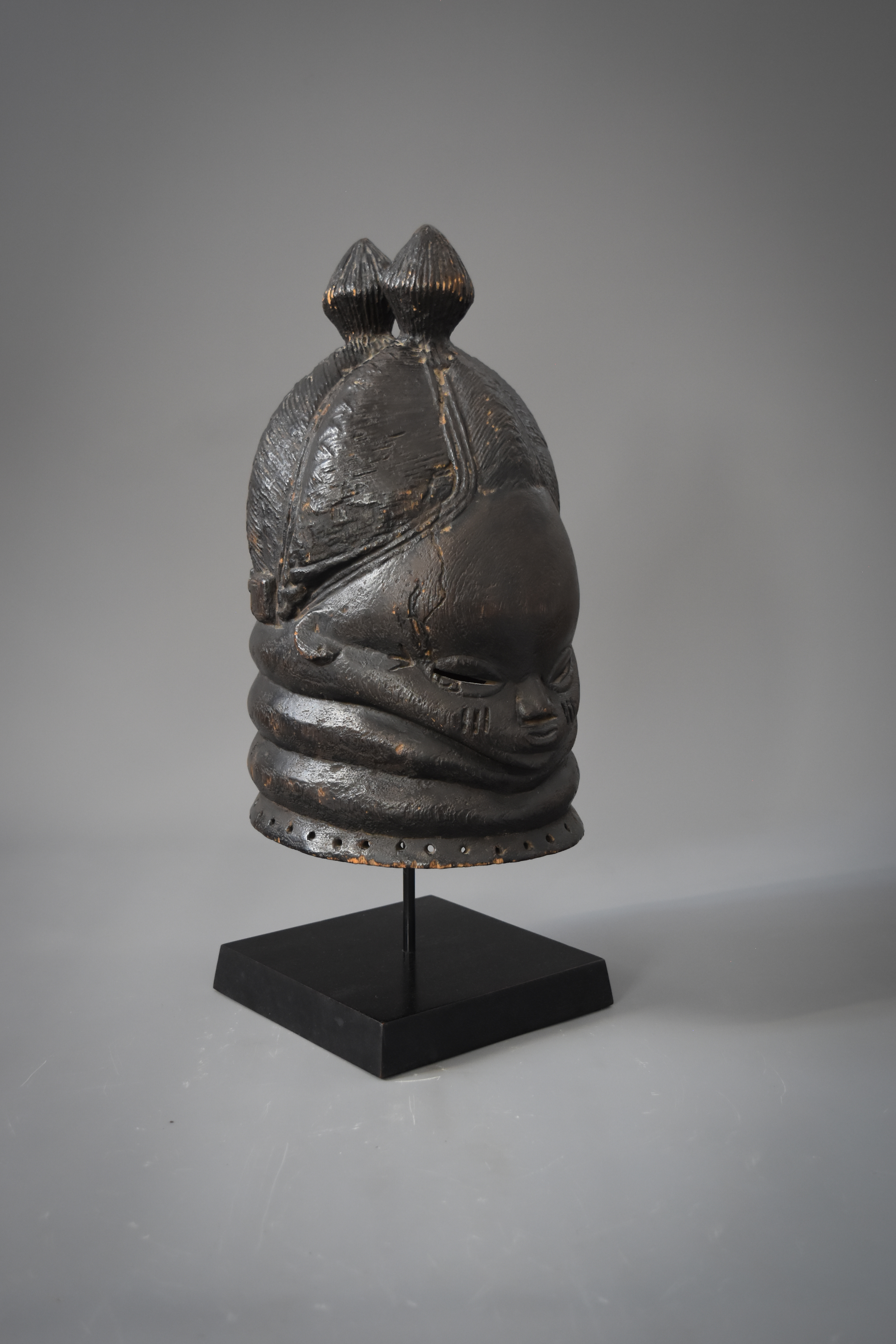 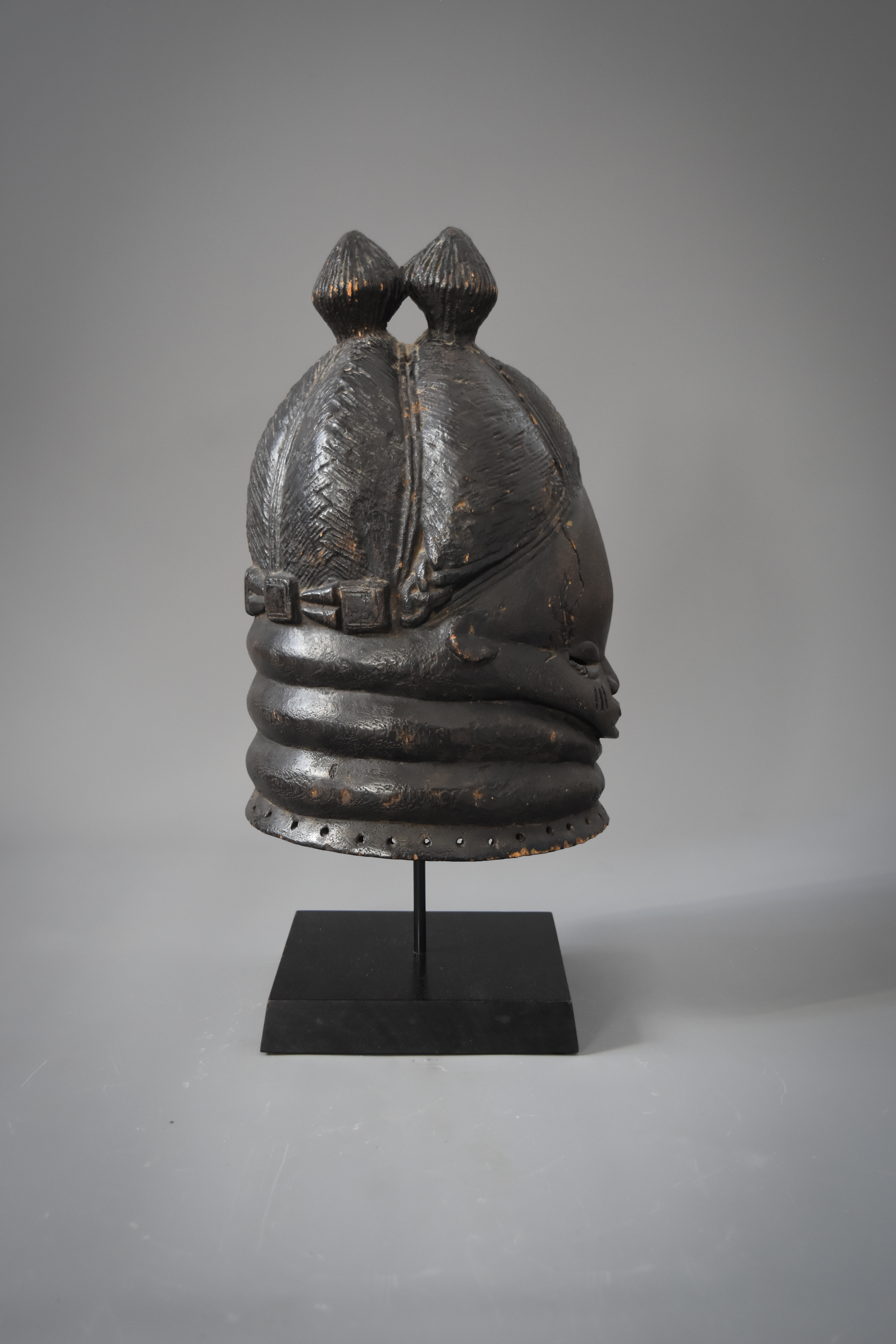 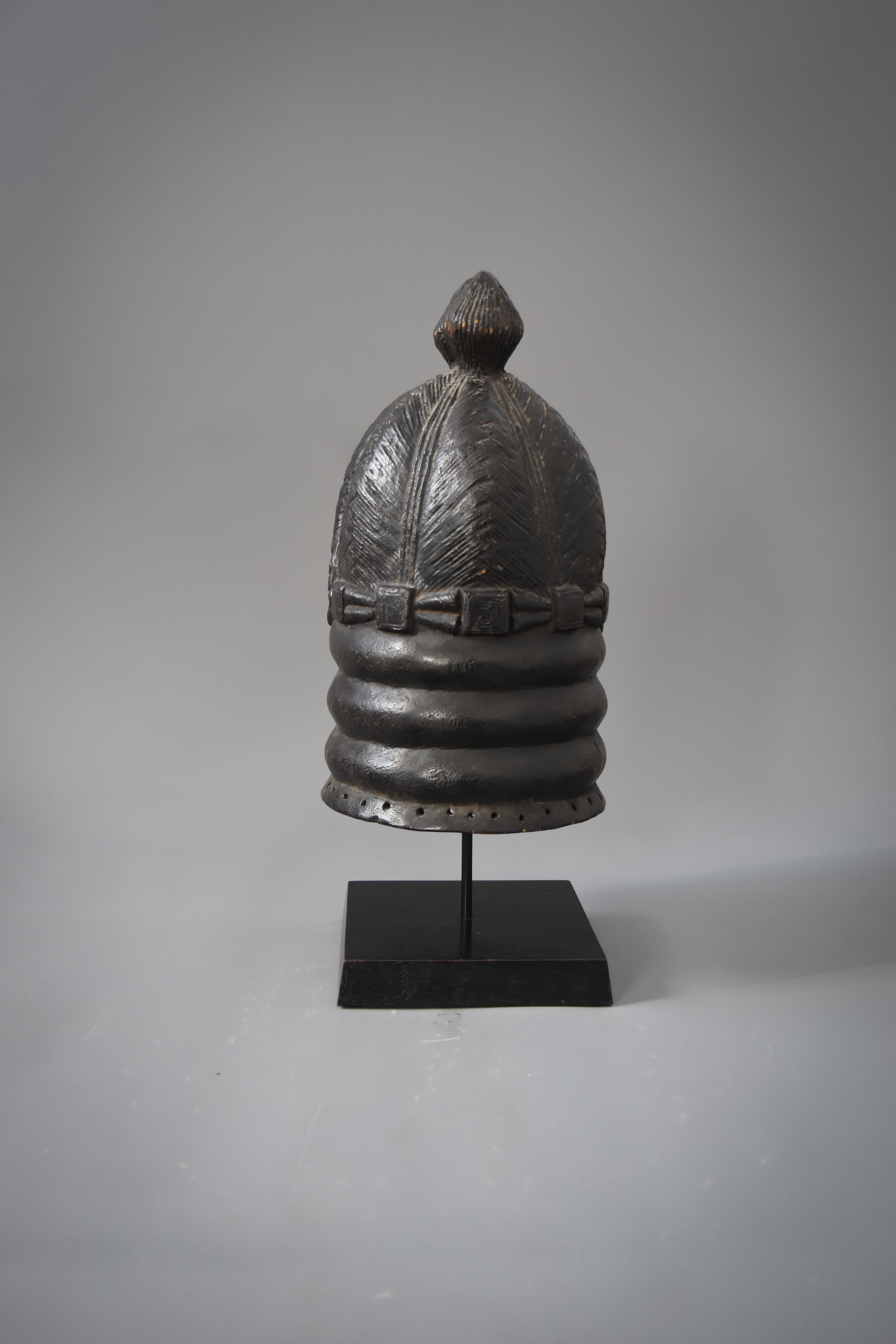 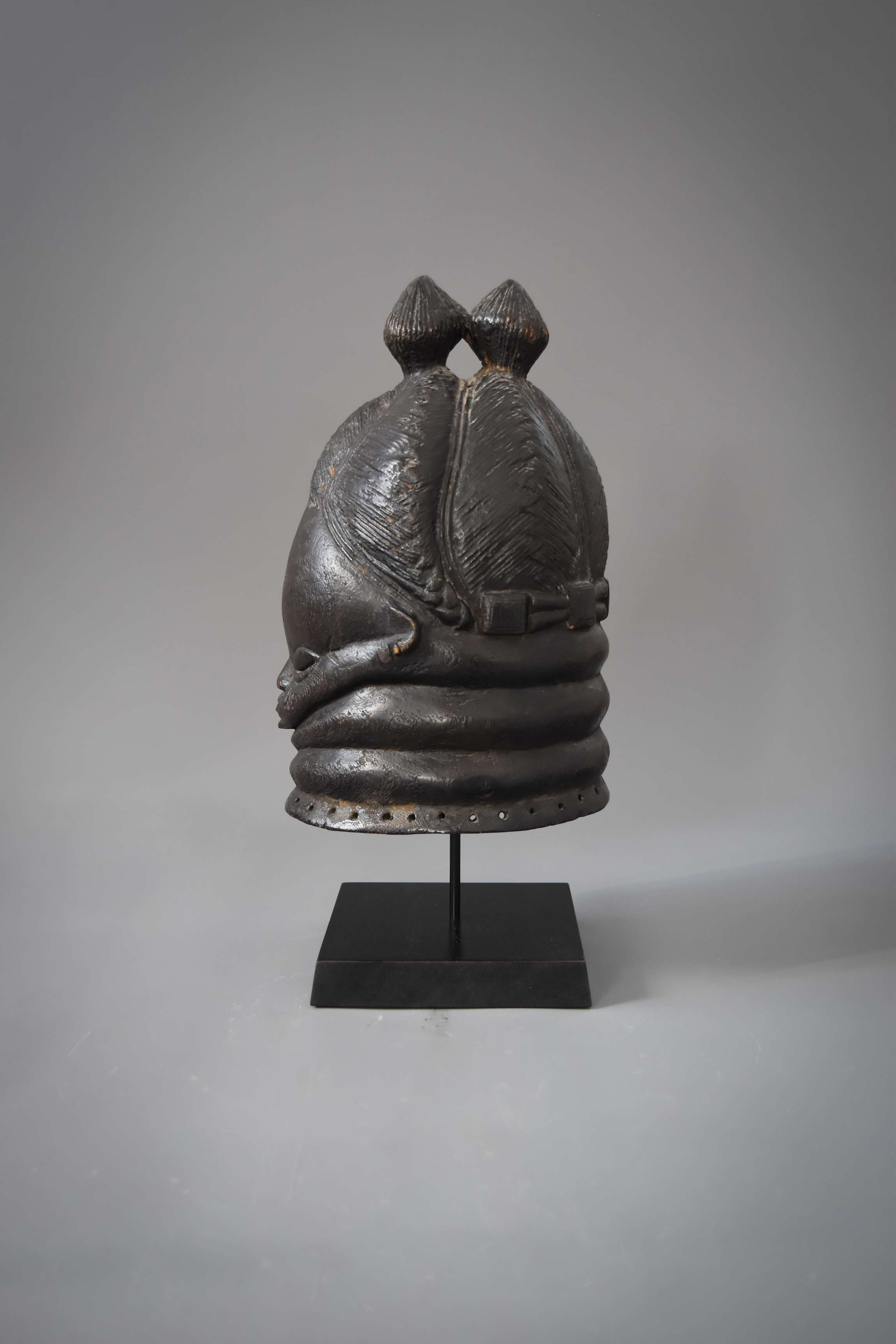 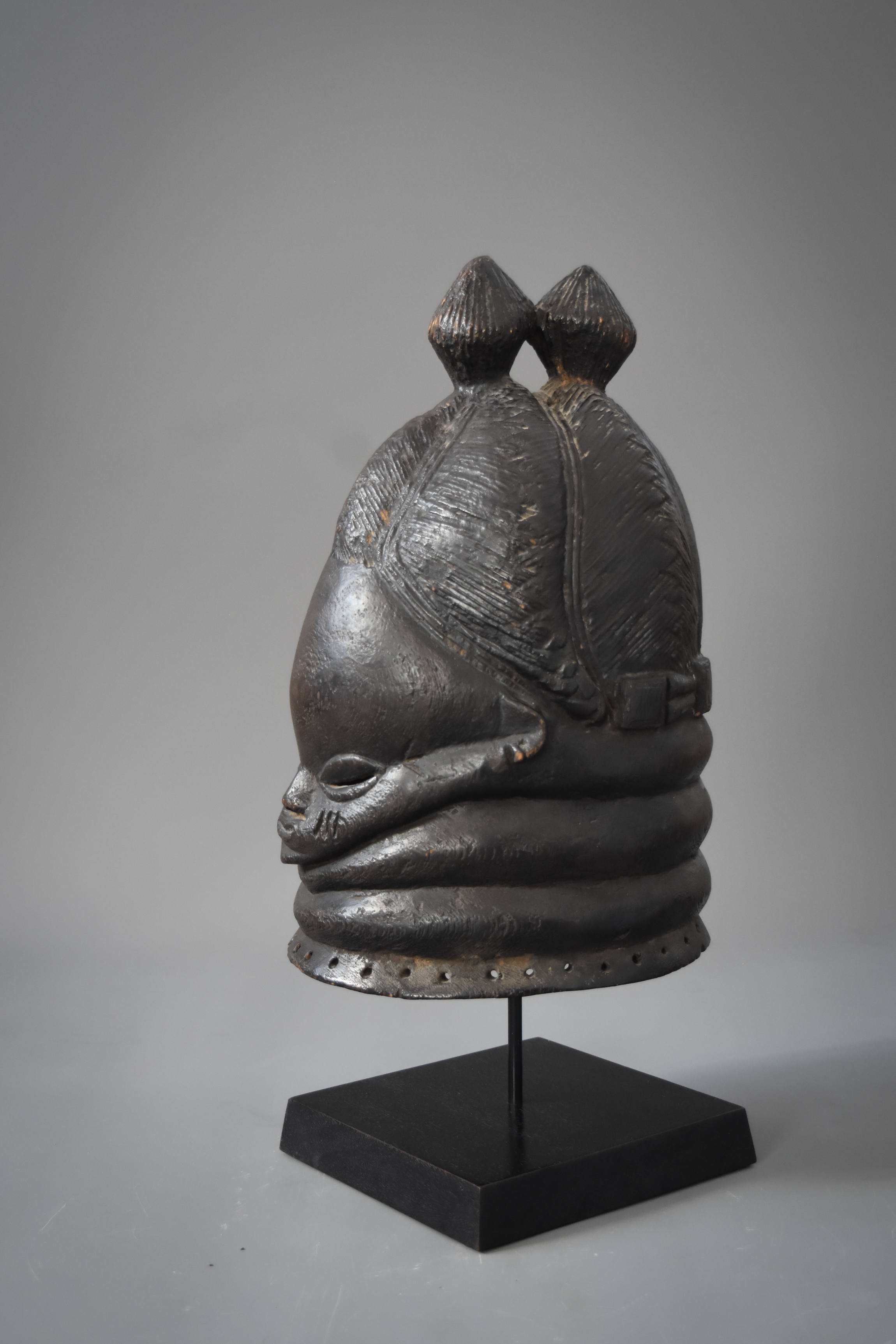 Mende Sowei female society helmet masks may be carved from a broad variety of timber, from extremely hard species to less dense ones that are consequently much lighter in weight. This particular mask was carved from a relatively hard wood, probably in the first half of the 20th century. It is finely detailed, particularly with regard to elements of the coiffure, the eyes and the mouth.

Across the back of the mask the artist has rendered a series of bound amulets. According to Amyas Naegele (invoice note) "Such amulets were introduced to Sierra Leone by Mandingo traders from the north who wore such pouches as protective talismans which contained medicinal substances and passages for the Koran written on bits of paper or parchment. The talismans are themselves pre-Islamic in origin: just as the Mende borrowed the practice from the Mandingo, the Mandingo assumed it from North African Arabs who inherited it from middle eastern pastoral tribes".

Exhibited at the May 2013 MATA show at the Arader Gallery on Madison Avenue in New York City.

There is a very similar mask, very probably from the same sculptor, at the Quai Branly Museum under inventory number 3.1968.5.1 (dated to the early 20th century)

First half of the 20th century