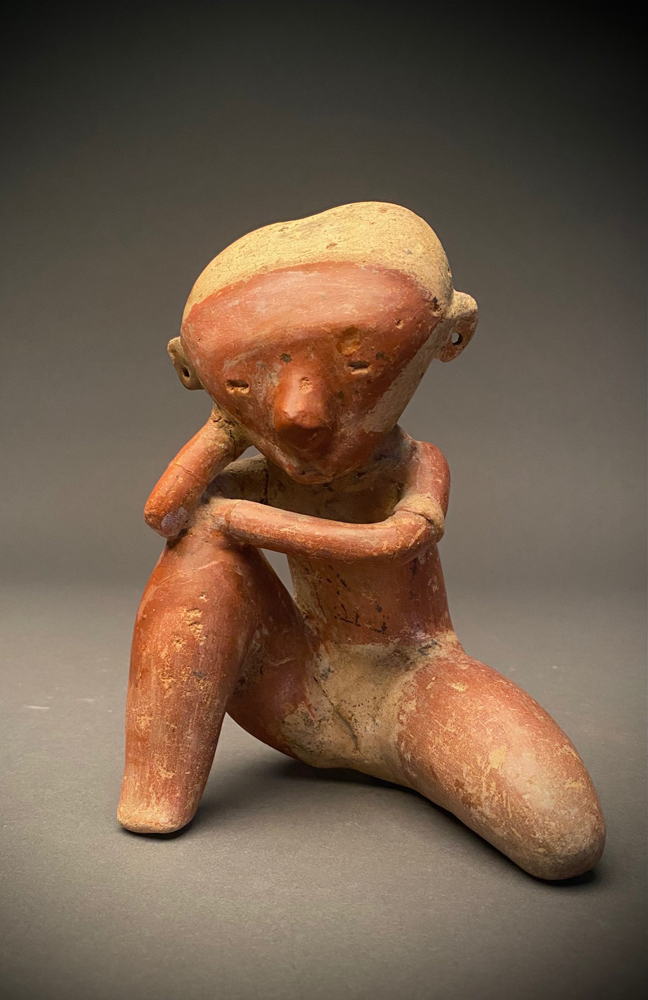 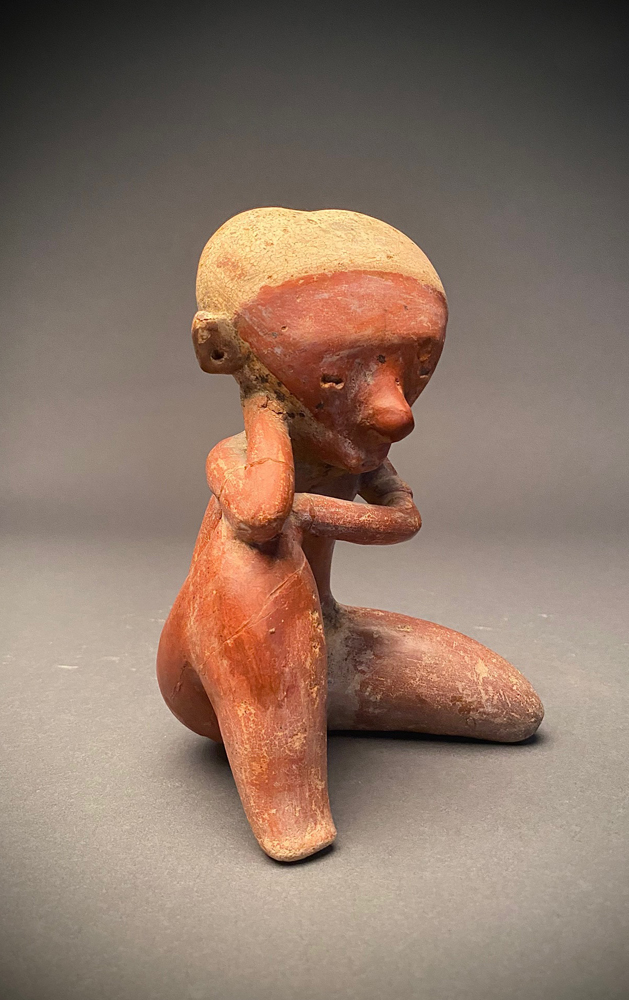 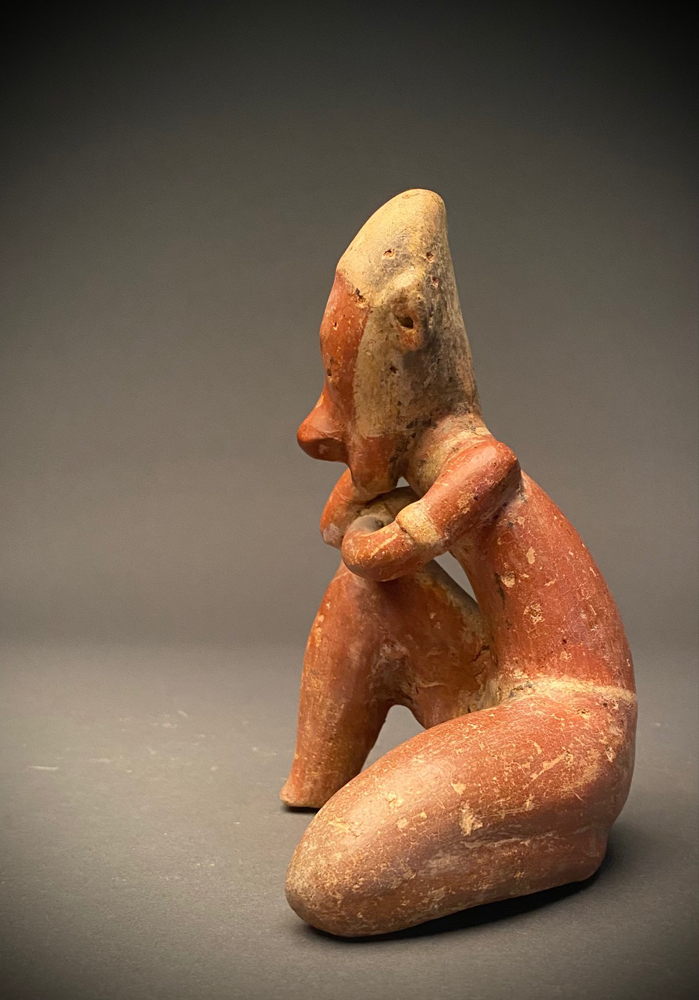 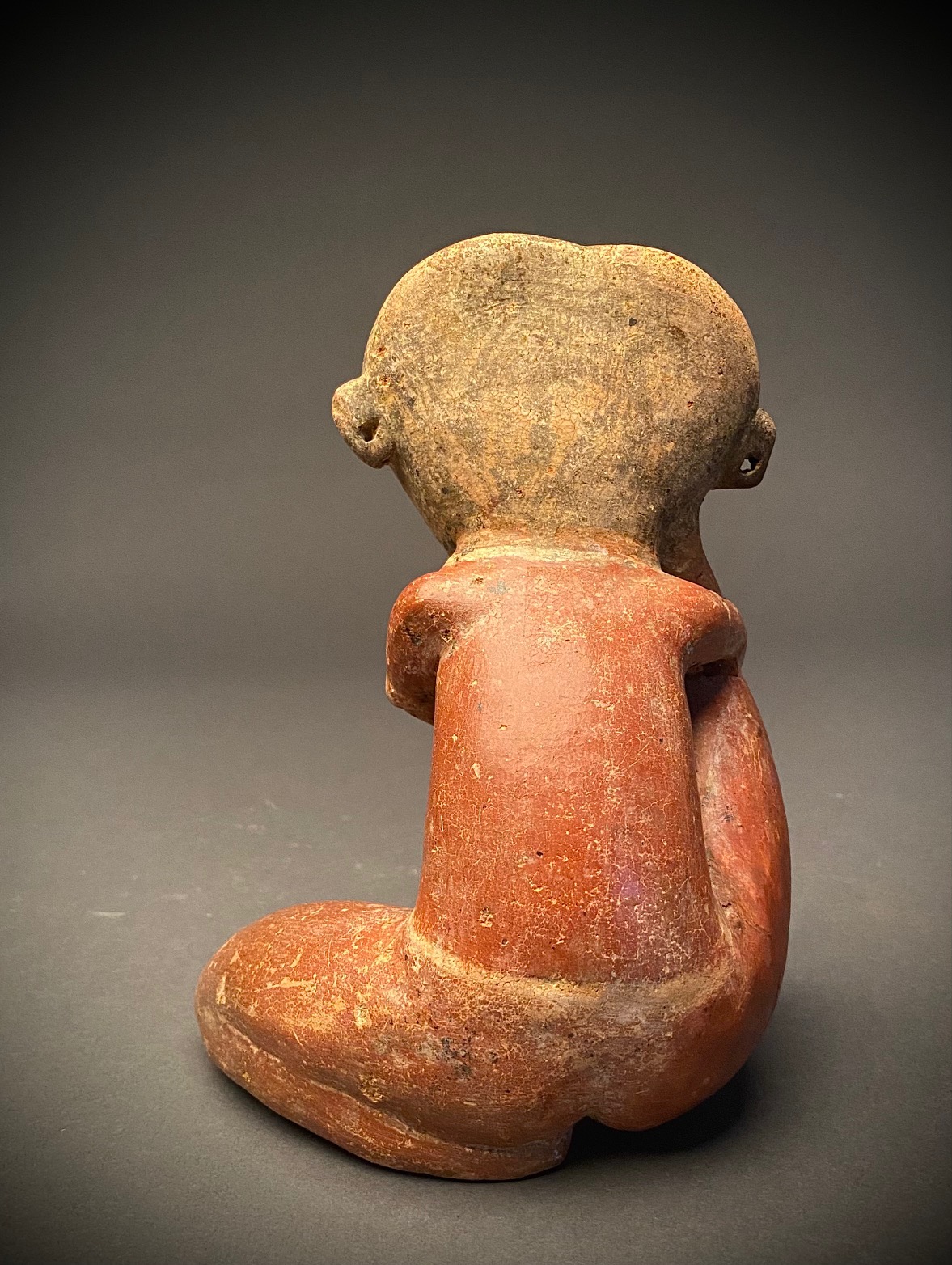 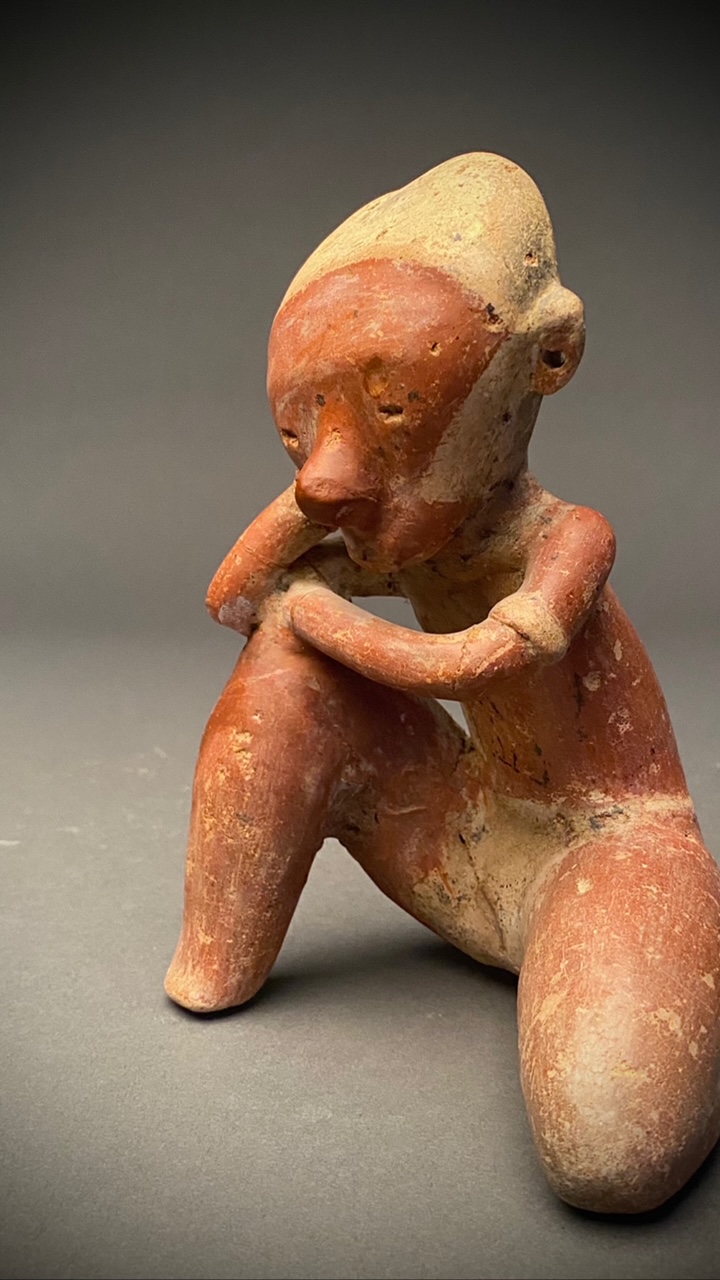 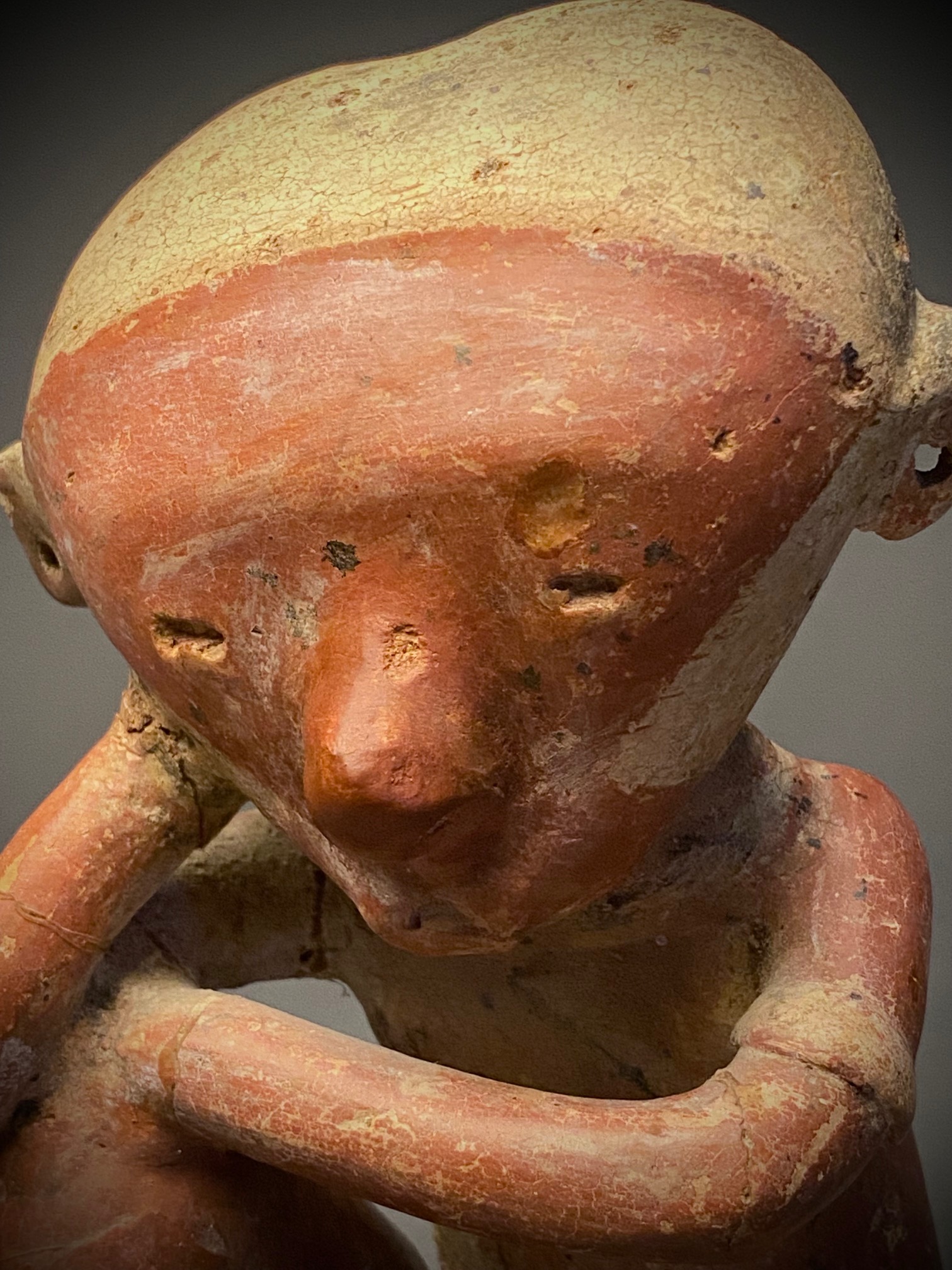 The seated human figure seen here, perhaps in mourning for a deceased loved one, is created from a ceramic that has been glazed in a similar style to San Sebastian Red. It is similar to works found at sites such as Ixtlán del Río, a city in Nayarit that first emerged as a source of obsidian, which would have added to the wealth, prestige, and power of the region.

The Chinesco (Nayarit) tradition is related to similar pre-colonial west Mexican cultures that developed distinct cultural expressions from other areas of Mesoamerica. These cultures existed across what are today the Mexican states of Nayarit, Jalisco, and Colima. Distinctive ceramics and other material culture, noted by archaeologists and other scholars, concern ritual iconography associated with death as the works are usually found associated with shaft tombs. While often looted, these tombs usually date around 1500 BCE and contain individuals along with ceramic vessels and figures like this object. - VILCEK.