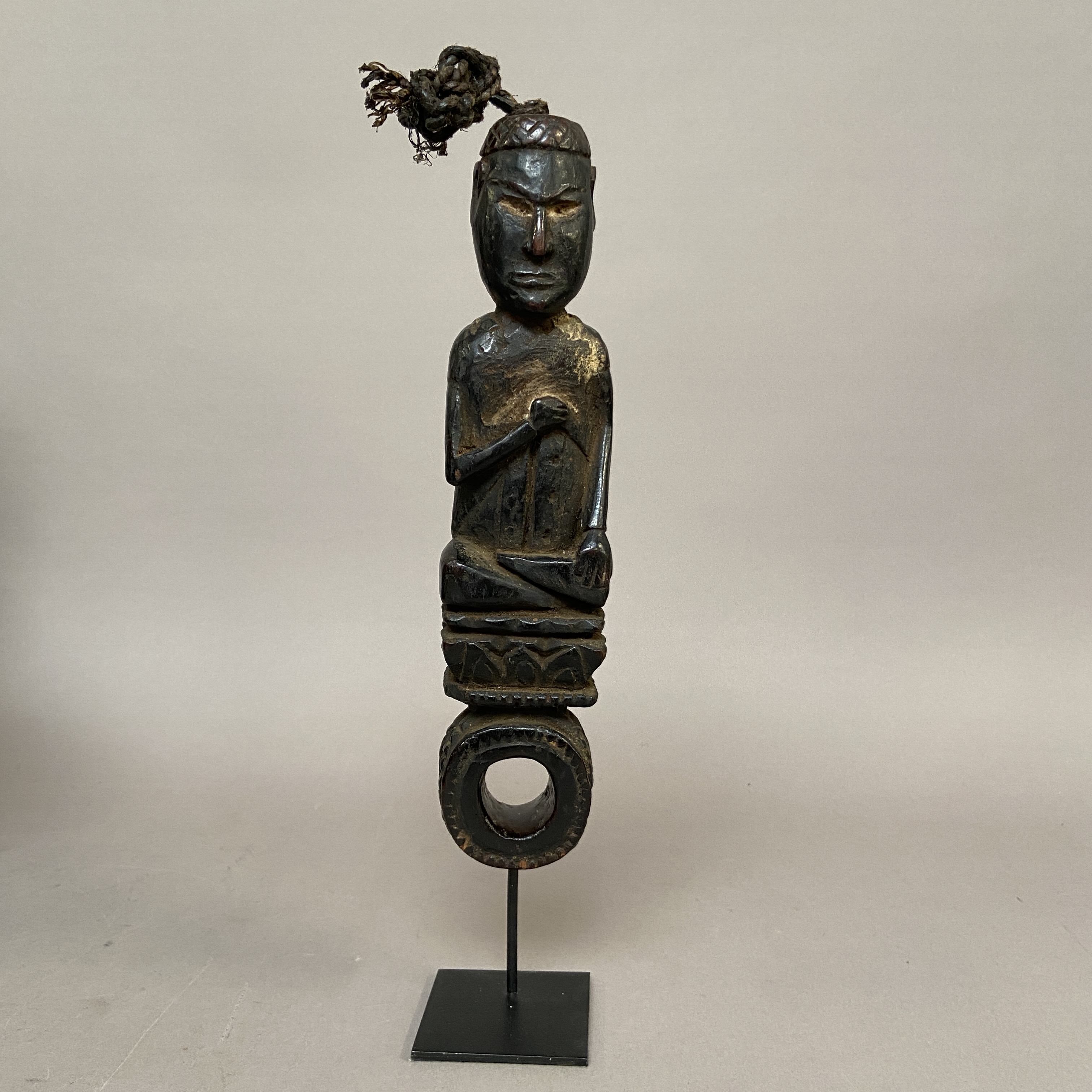 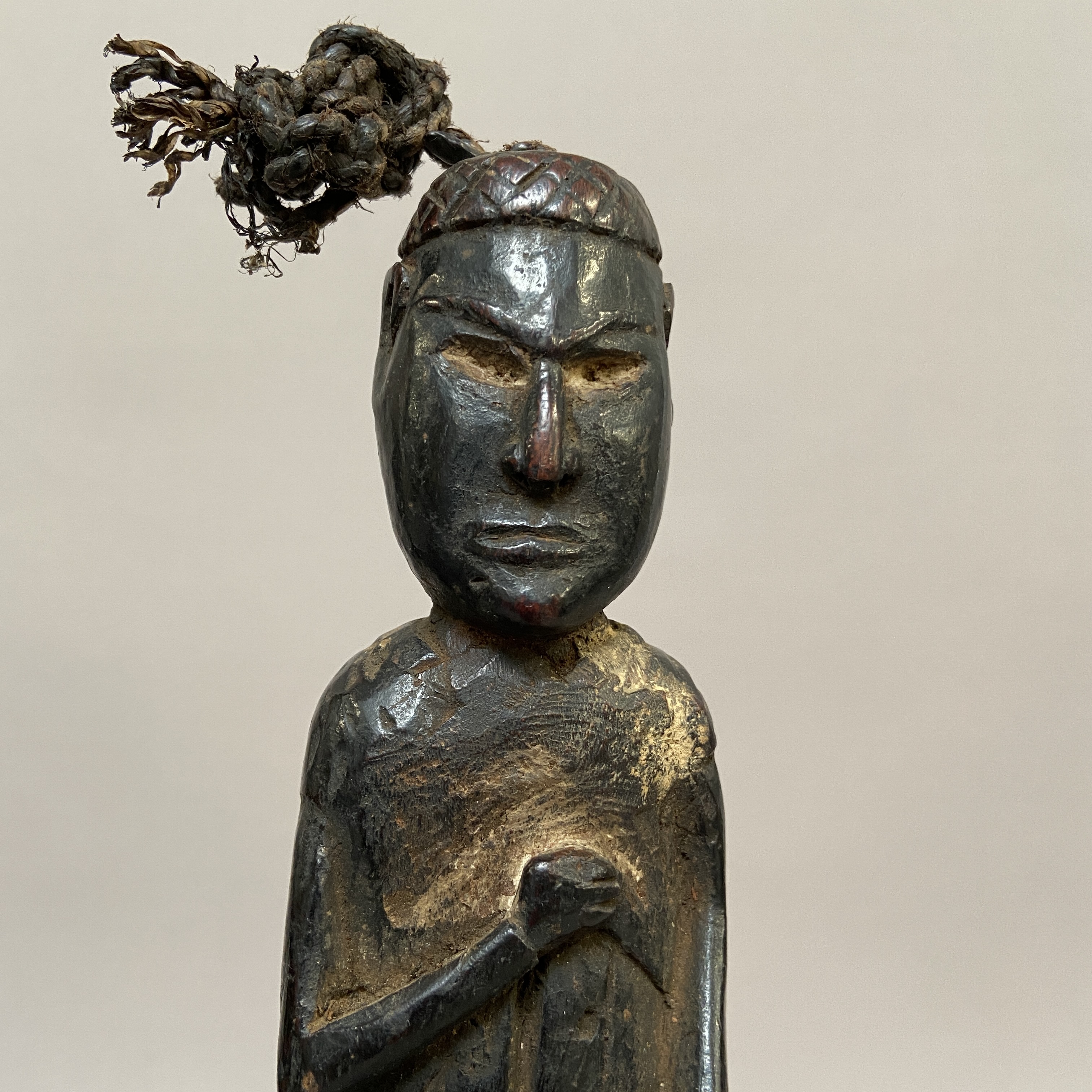 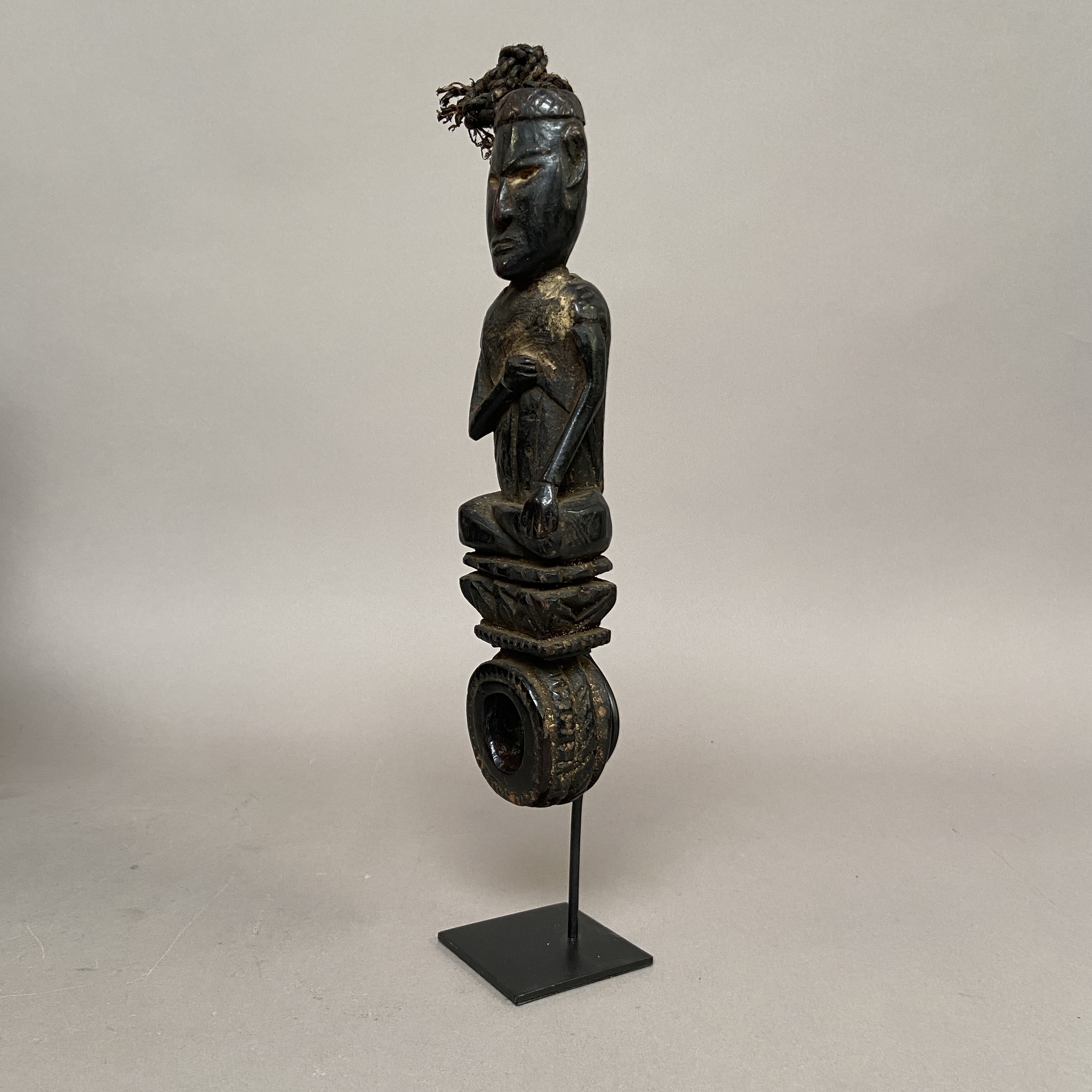 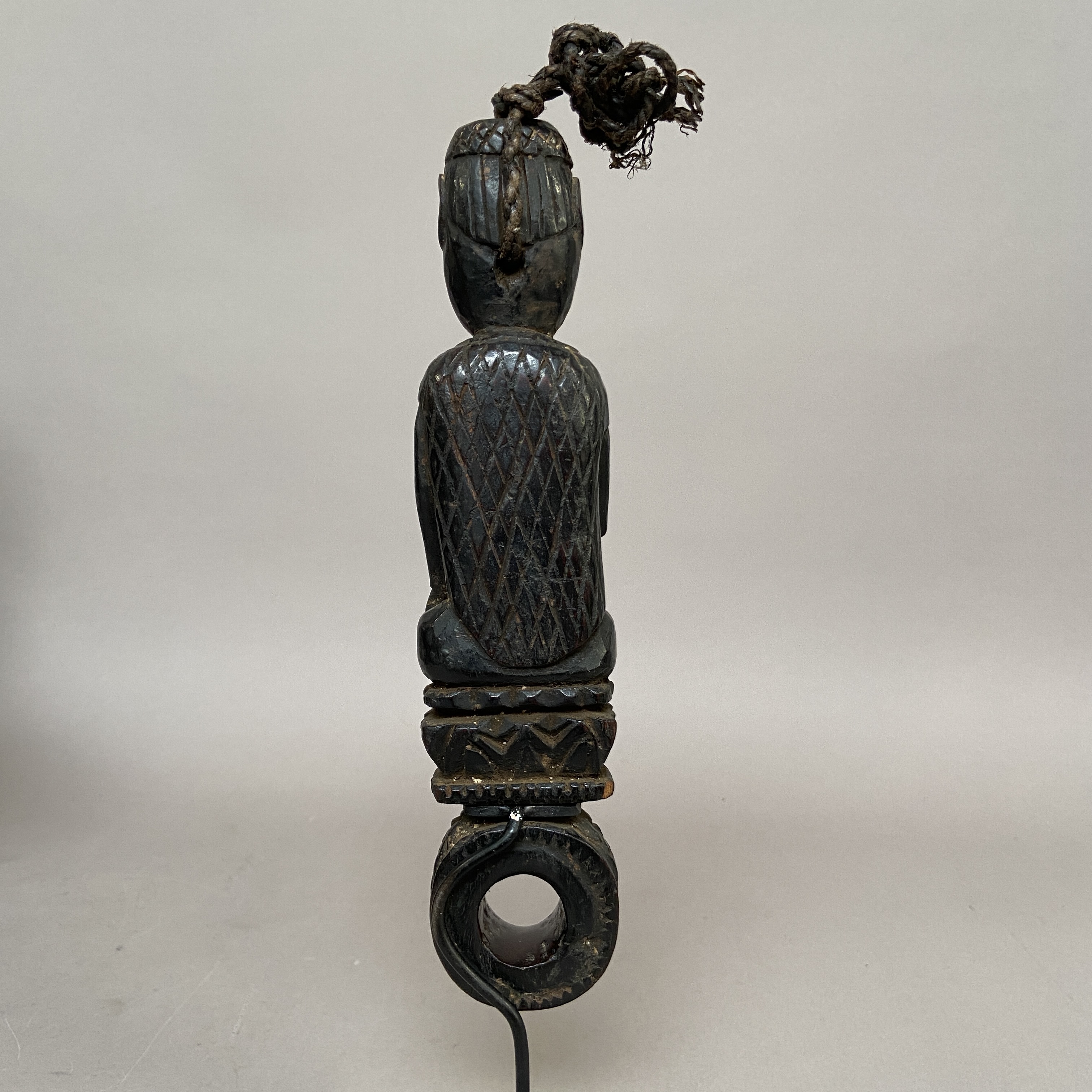 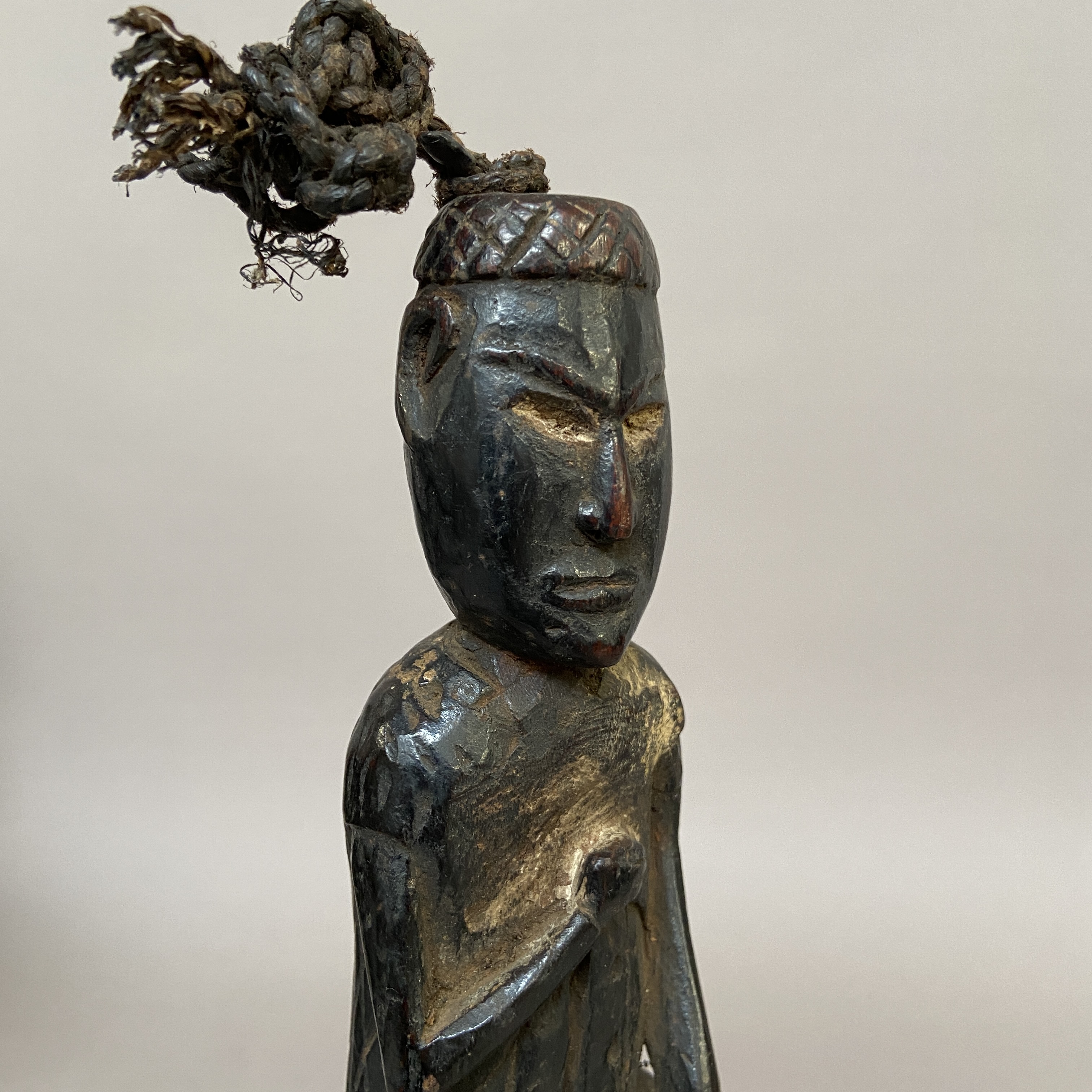 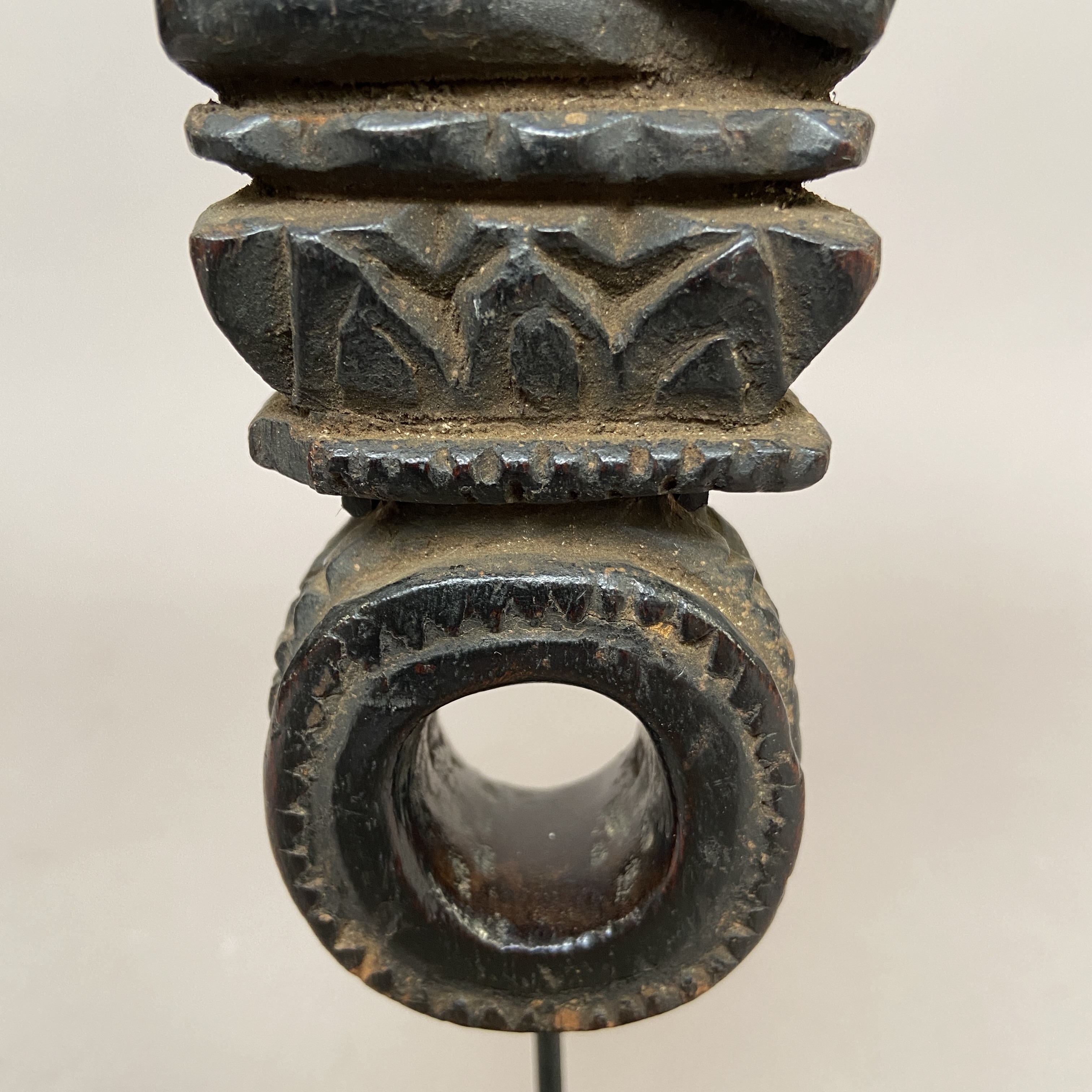 So what Darwin said 150 years ago; that all life came from the ocean, the Nepalis know this since thousands of years.

The ghura depicts often scenes from daily life or can have beautiful abstract messages. Sometimes anthropomorphic, or

phallic. Very often they obtained a beautiful wear and patin, because of their intensive use. The huge variety and

affordability of these objects, makes them an interesting collecting subject.

This ghurra, with a beautiful patine of long use, shows a local dignitary and is early 20th century. (27cm.)