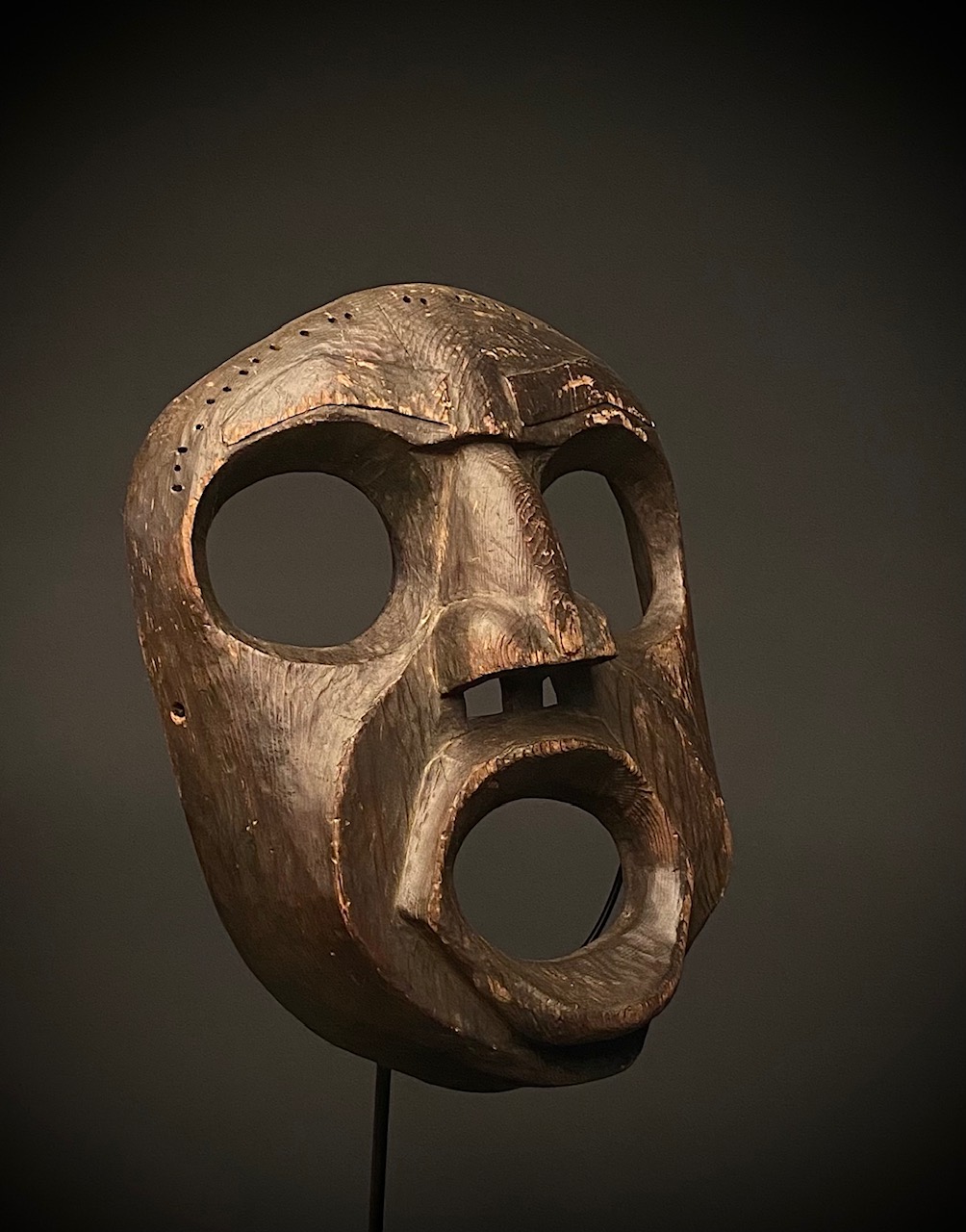 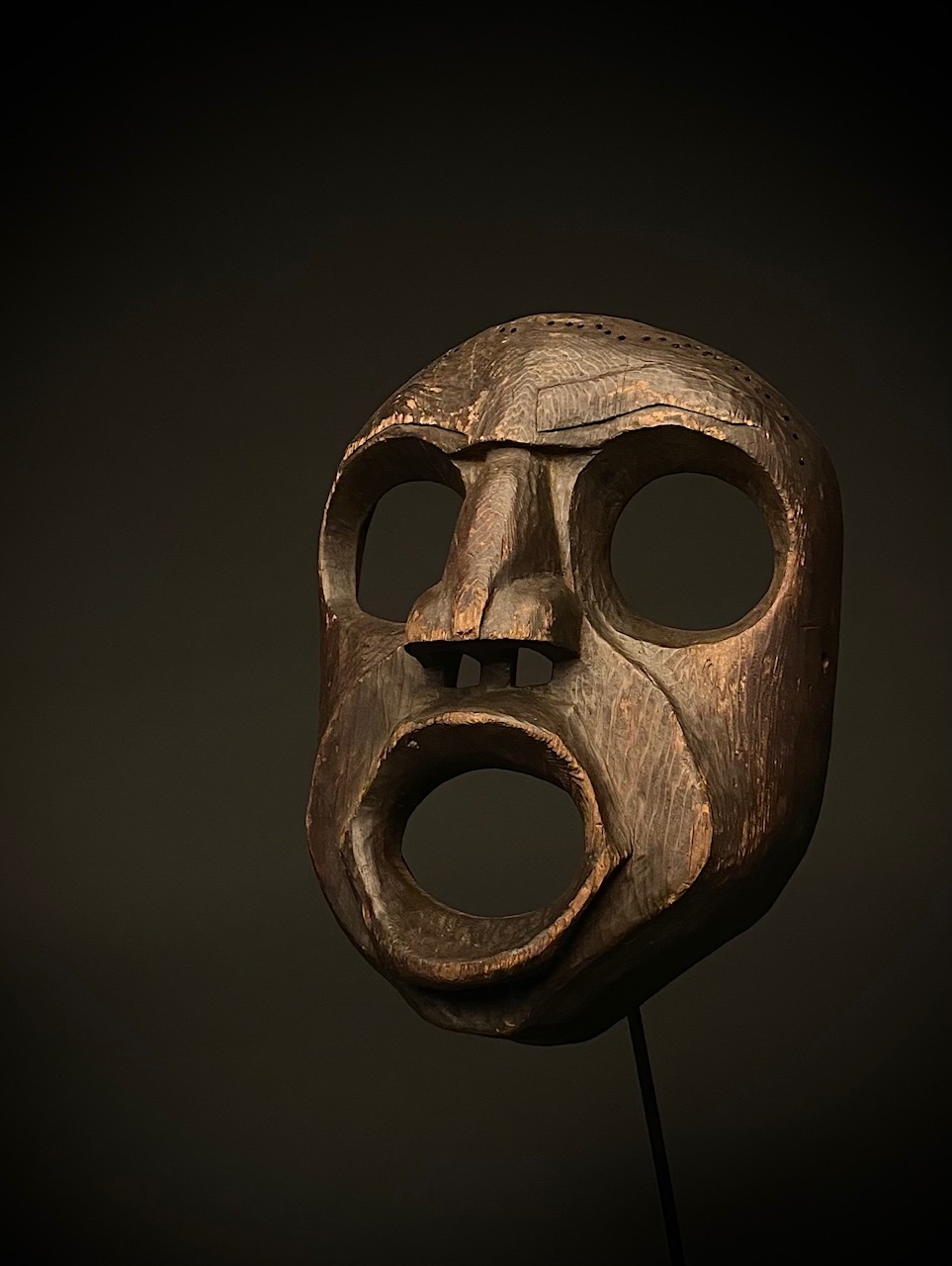 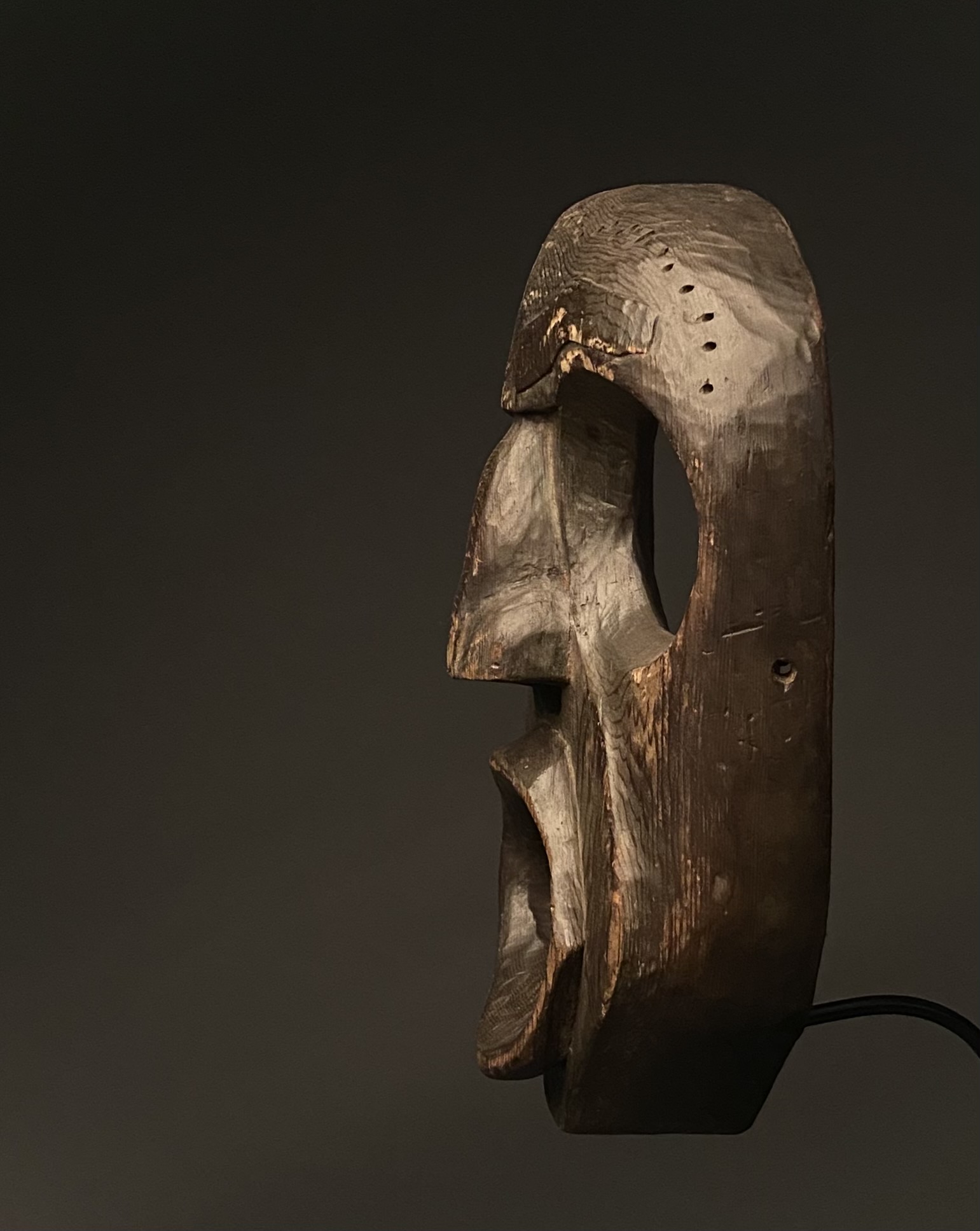 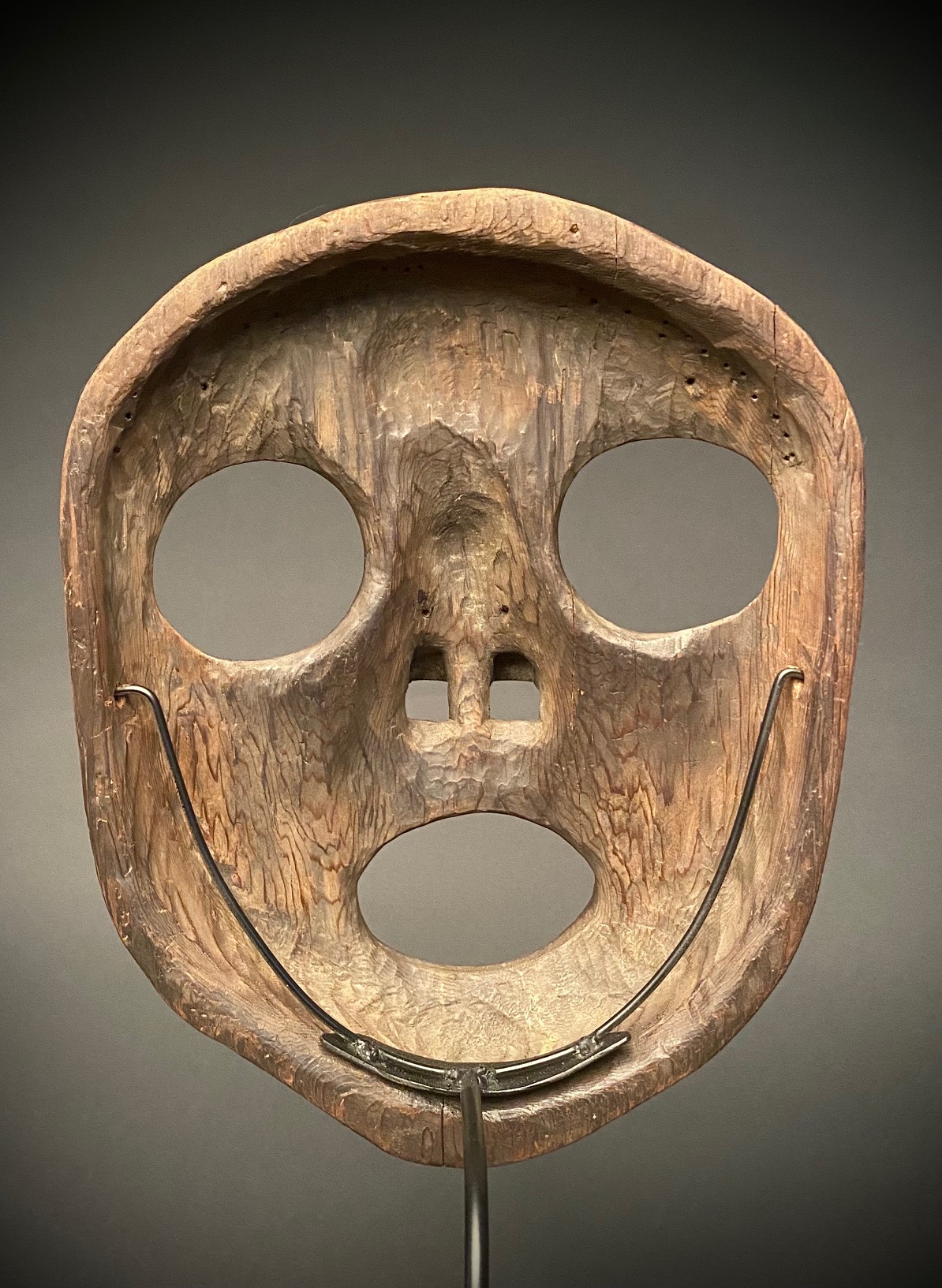 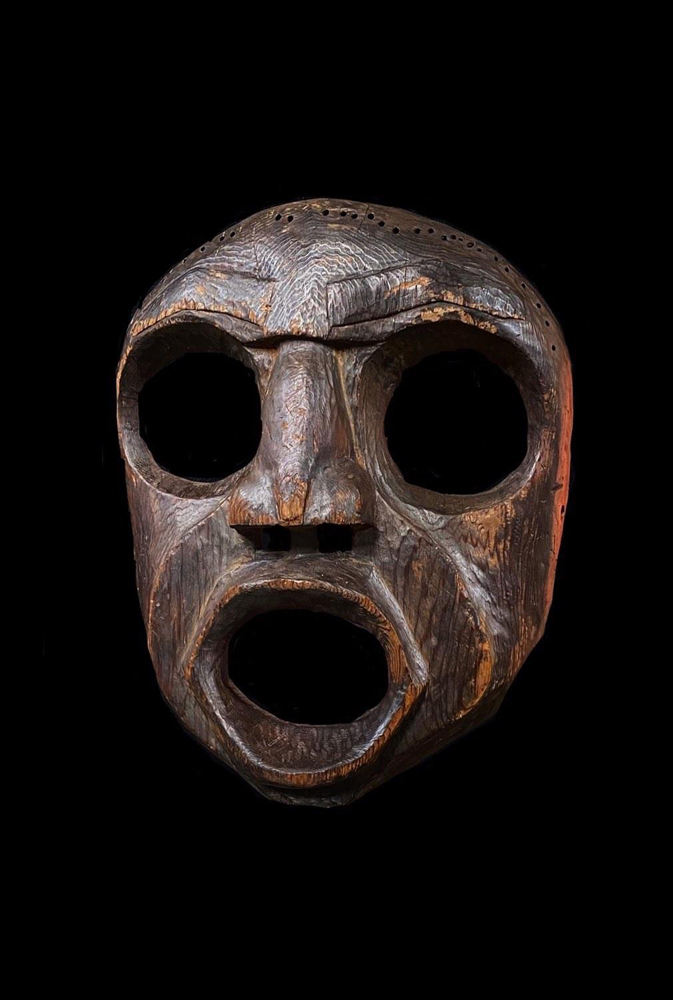 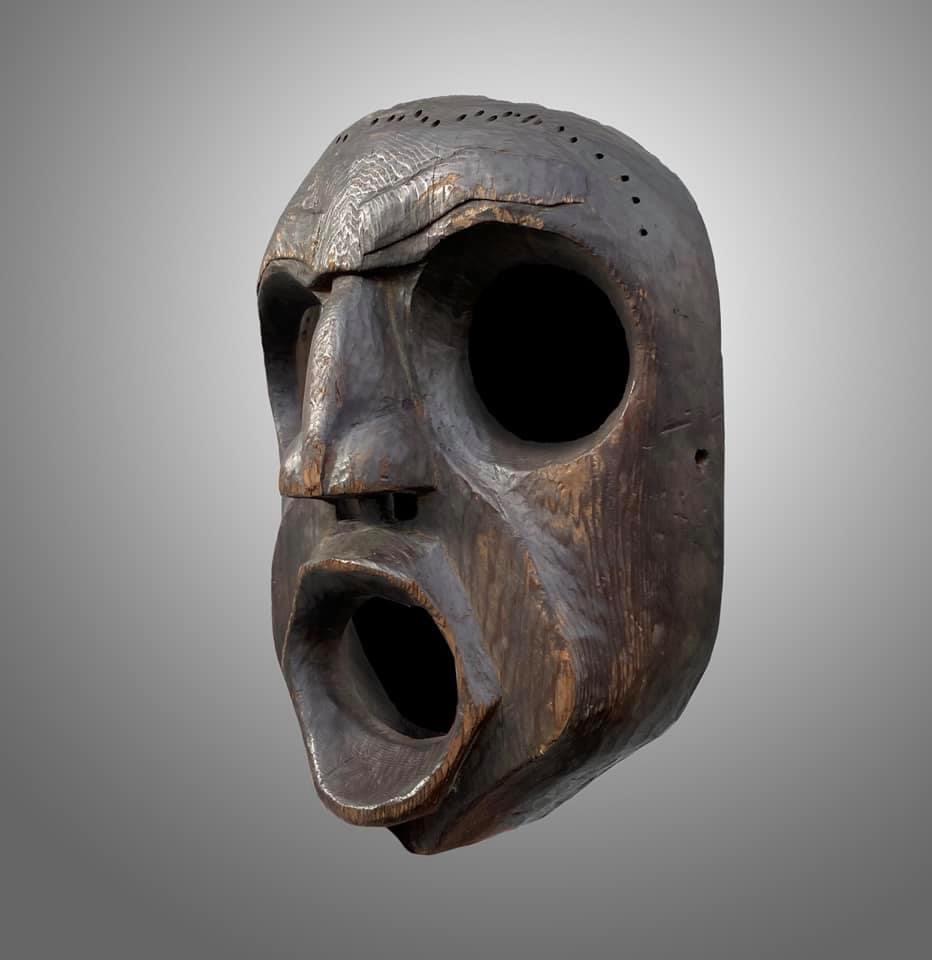 Used in Potlatch ceremonials Tsonoqua appears as a feast dish figure and as masks worn in dances. These are often of giant size. Also as 'gikaml', chief's mask, which is usually of moderate size. The giantess, Tsonoqua, has a character which is threatening; long, bushy, unkempt hair, either slitted eyes or large open sockets, and pursed mouth through which she utters the paralysing cry 'hu hu'. Her face is all black with heavy eyebrows. She is a giver of wealth, power, and good fortune, and is a family crest figure. Another aspect of Tsonoqua was to control the magic 'water of life', a gift she bestowed on a family that wrested her secrets from her. Her importance may be seen in her magical Sisiutl house beams and posts with many filled boxes of treasure within. She is one of a large family of giants who lived in the faraway mountains and woods. A myth tells of the basket she carried on her back in which she collected children, taking them home to eat. The children usually outwitted her, however, because she was slow-moving.