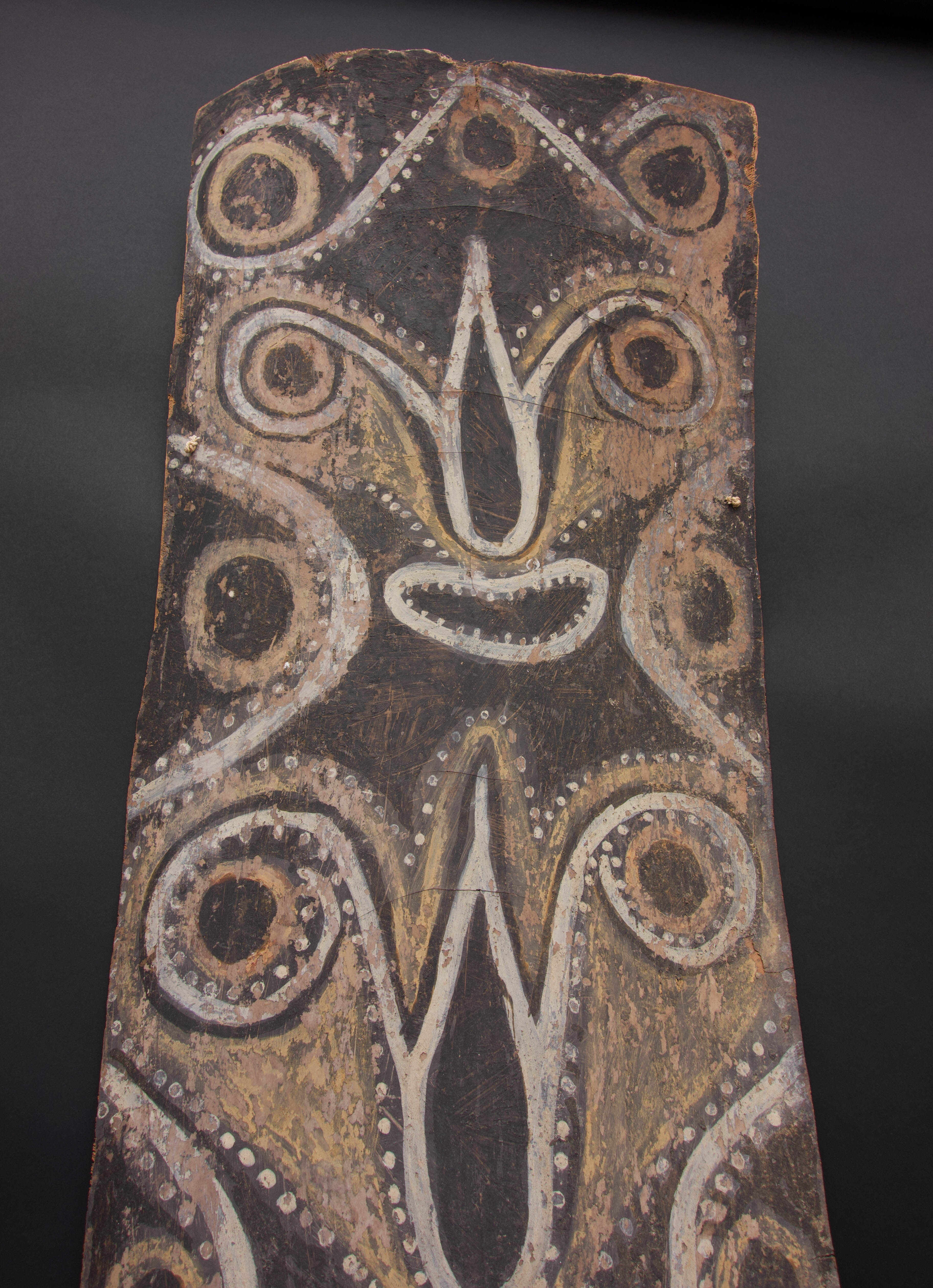 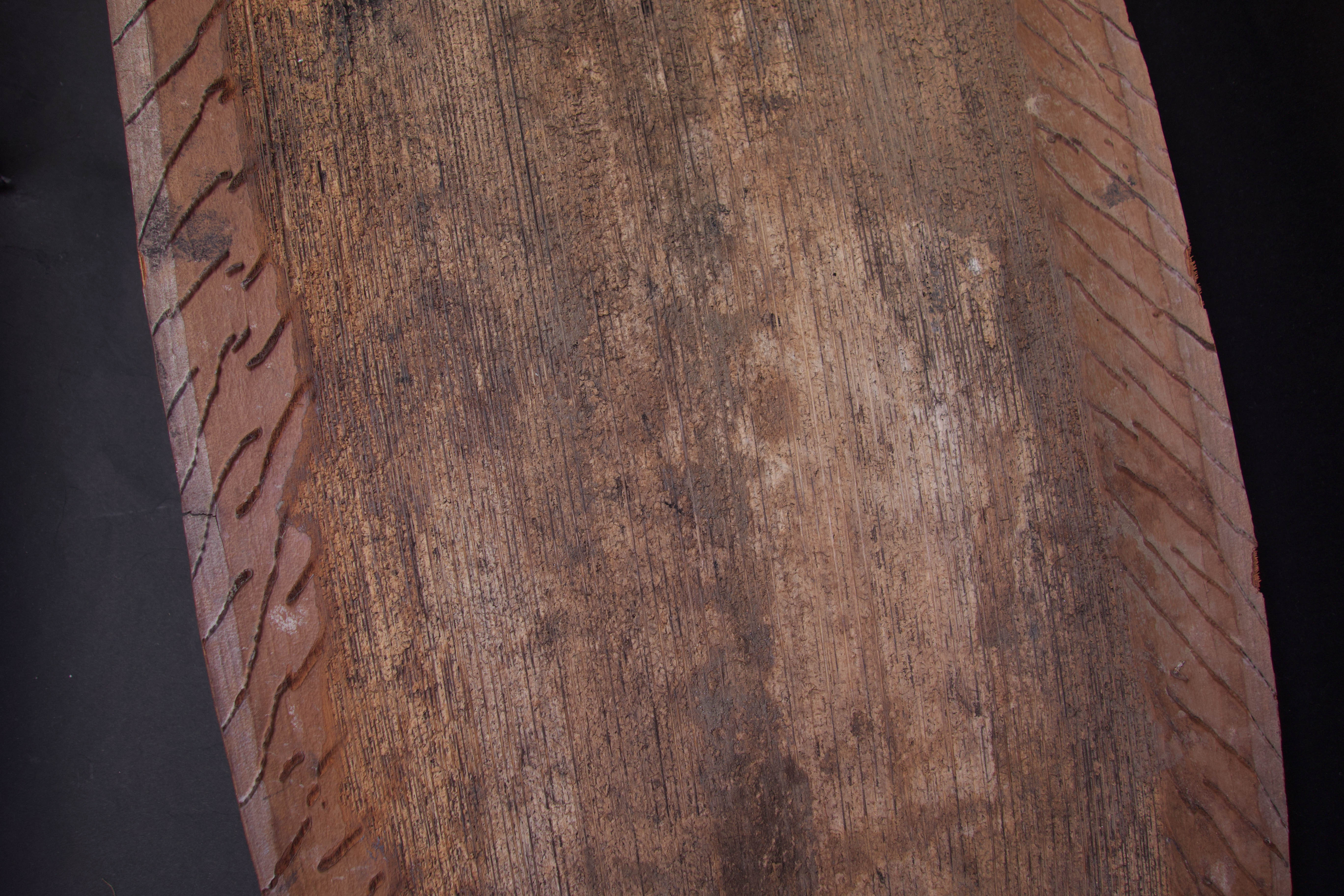 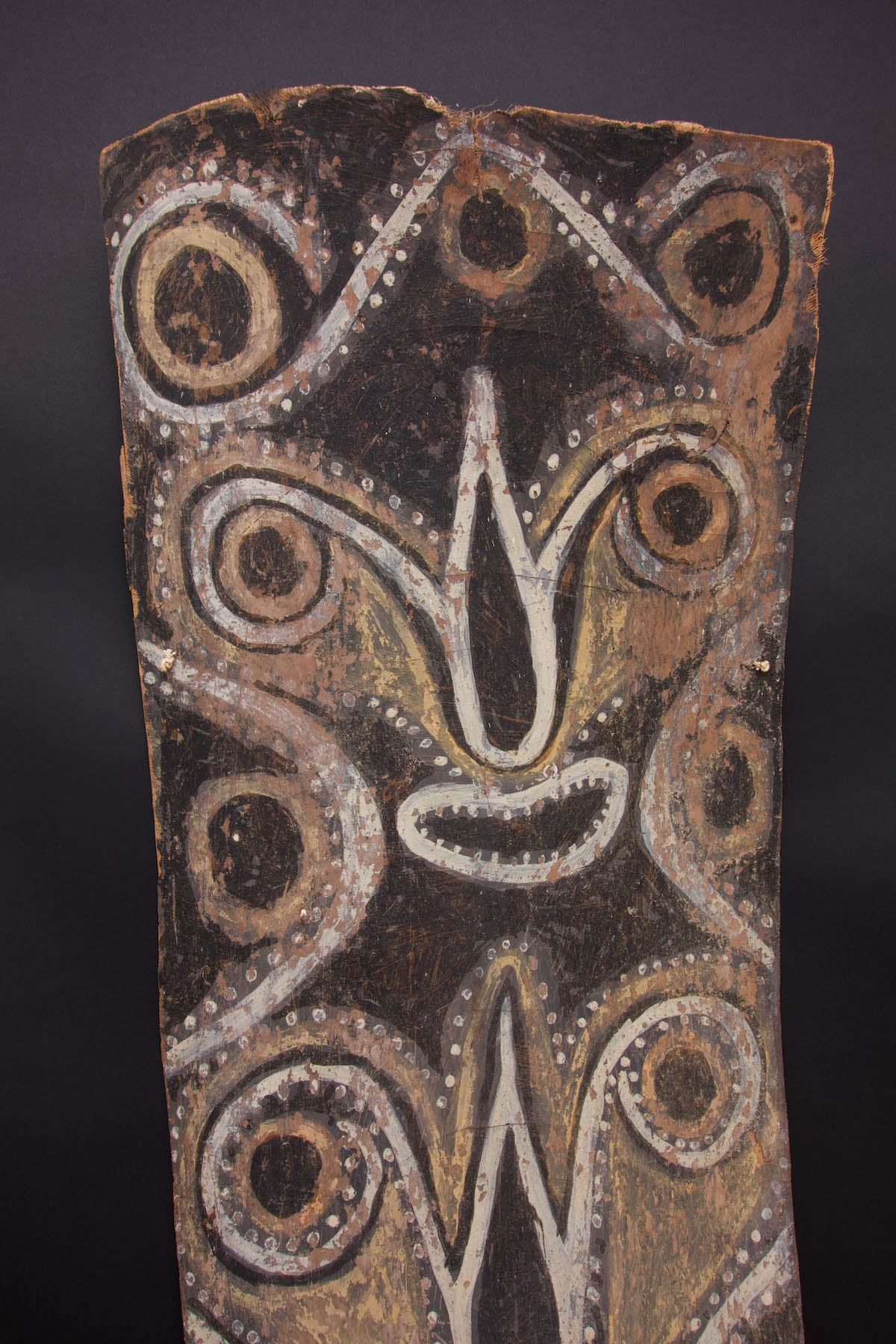 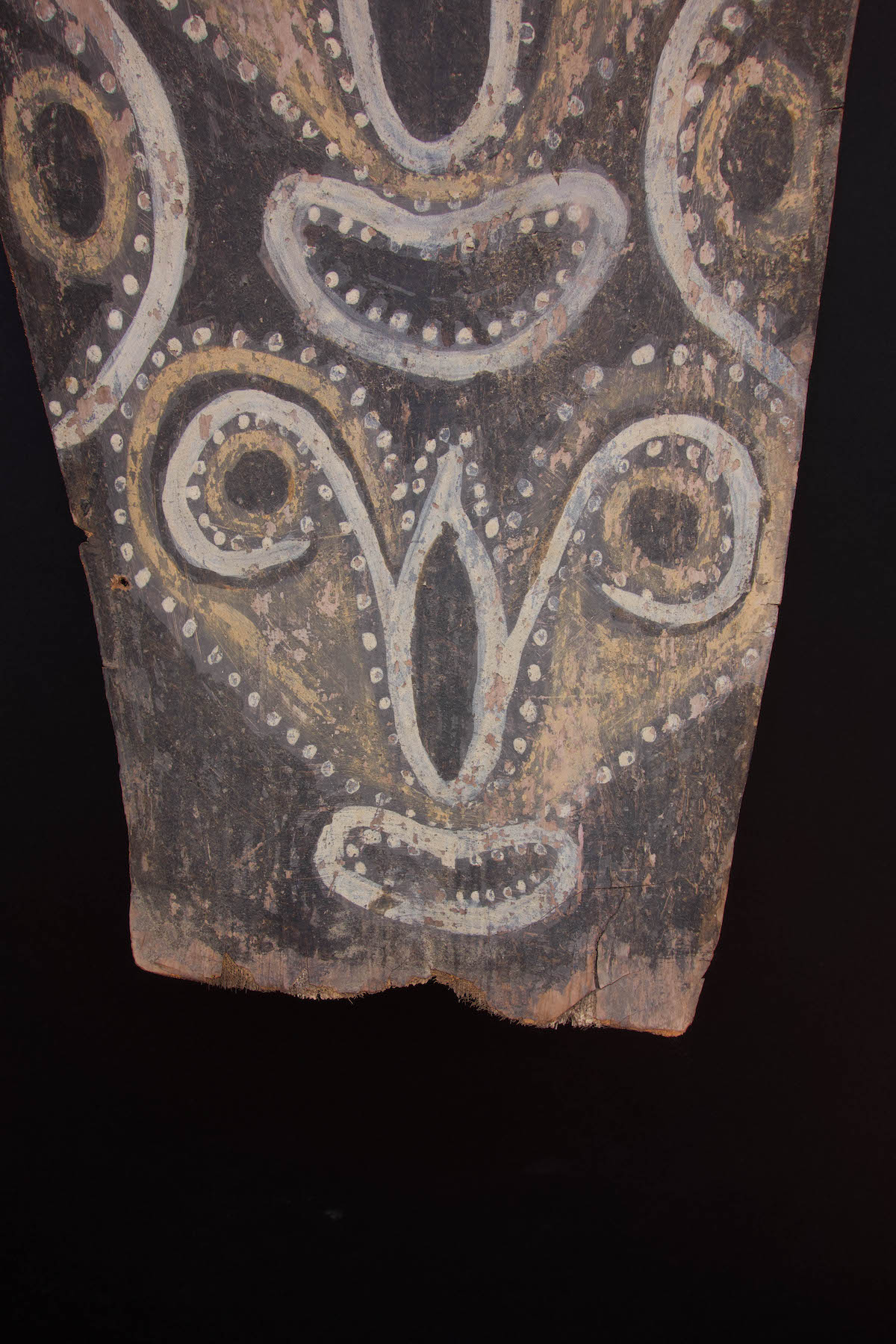 The Kwoma are a small group of people living in the hills north of the Sepik River in northeast New Guinea. Among the Kwoma people of the Washkuk Hills ceremonial houses have no walls; instead, they consist of a huge steeply pitched roof, which extends nearly to the ground and is supported by a series of massive posts and beams and are left open except when rituals are held inside. The ceilings of the most ornate ceremonial houses are decorated with hundreds of brilliantly colored paintings and elaborately sculpted posts and rafters.

Each painting is made from sago bark representing a specific animal, plant, object, supernatural being, or other phenomenon associated with one of the village clans Upon completion they are tied to the rafters on the underside of the ceiling with lengths of split cane. The works form a stunning visual patchwork of clan symbols, evoking the strength, unity, and identity of the village clans, whose members gather on the earthen floor beneath them to perform religious rites or initiation ceremonies, hold meetings, or casually socialize.

Sago palm spathe and pigment, of rectangular shape, decorated with a series of ancestoral faces painted in black, yellow and white pigment.

Some cracks, wear to edge attributable to age and use