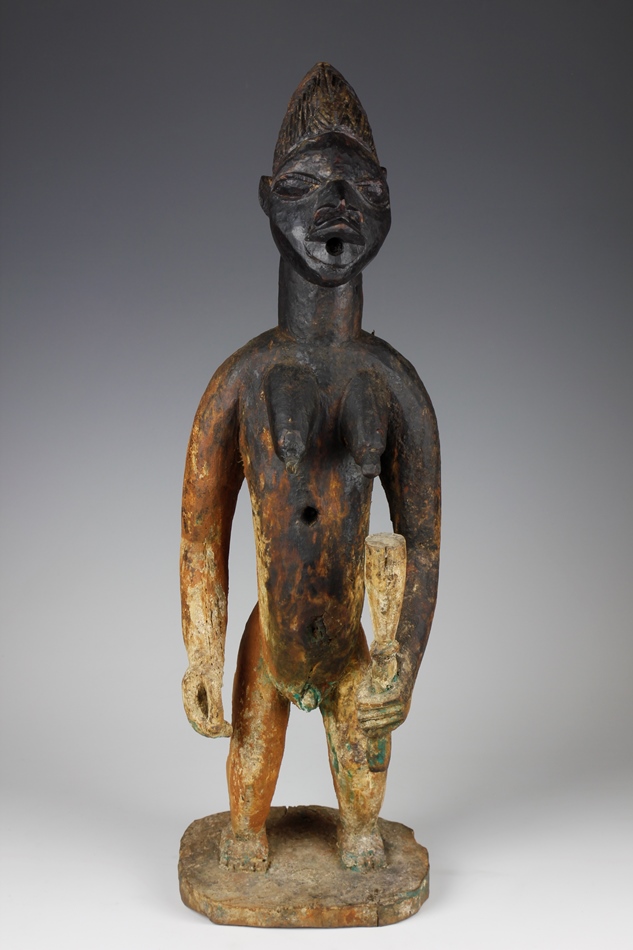 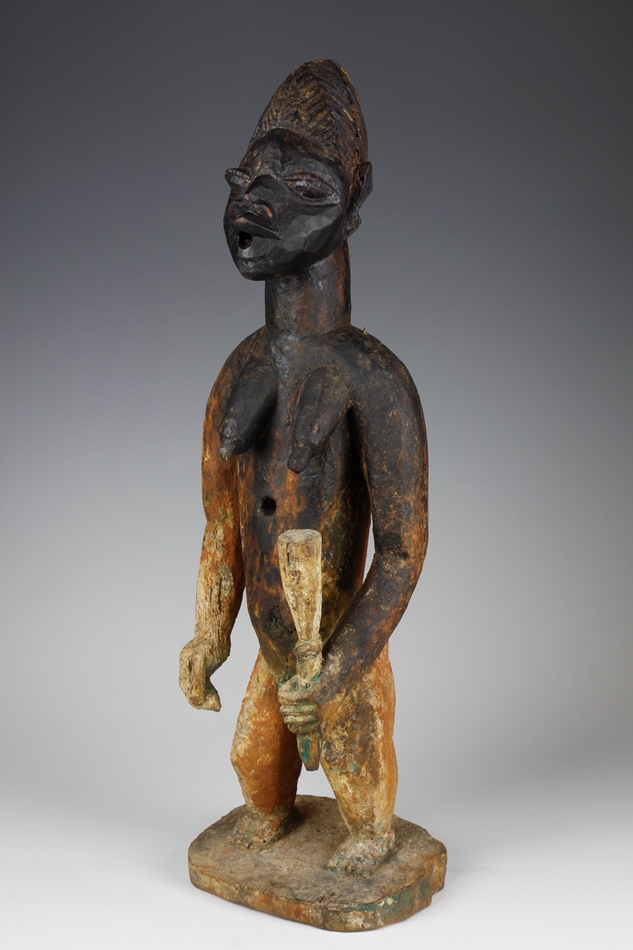 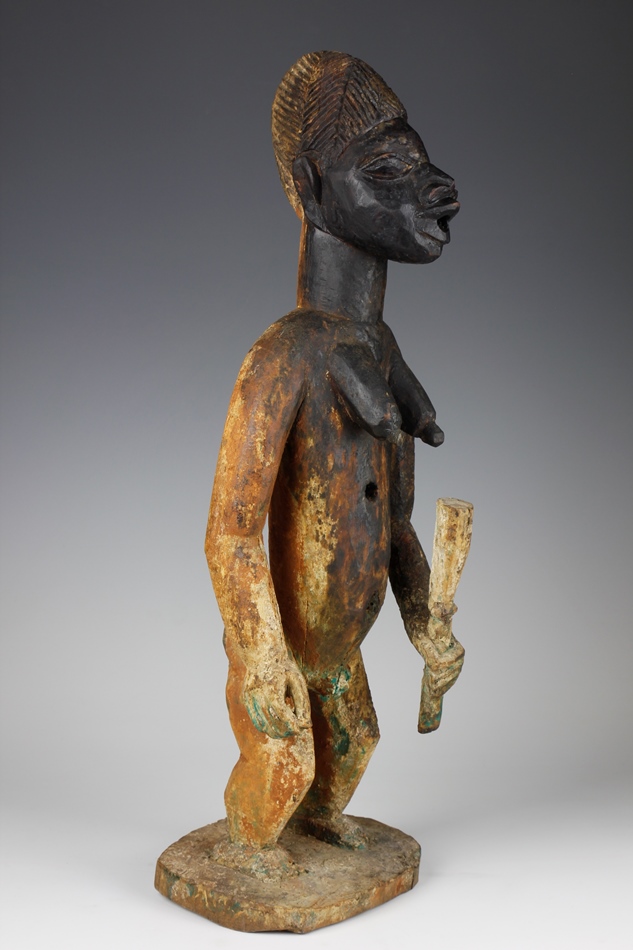 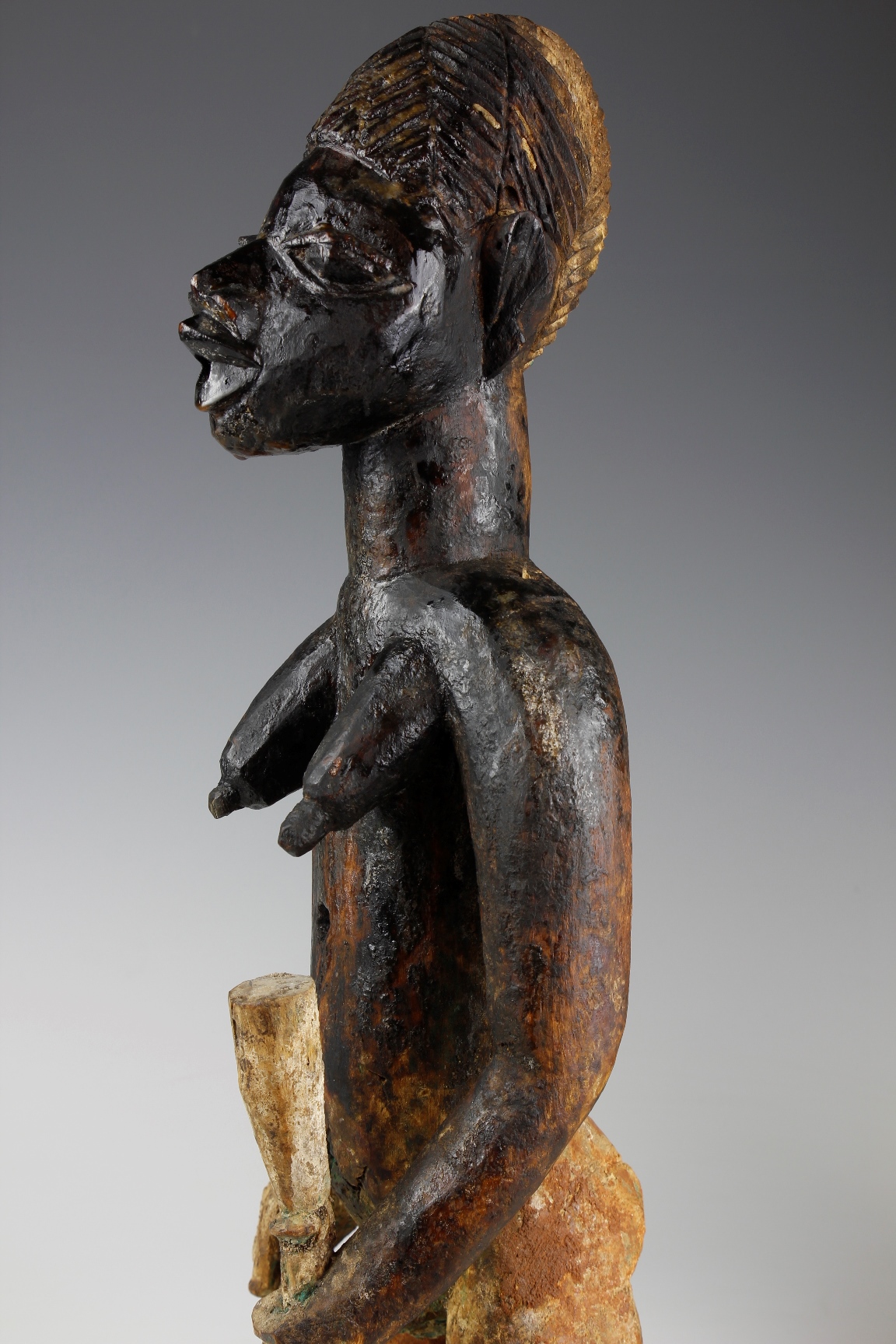 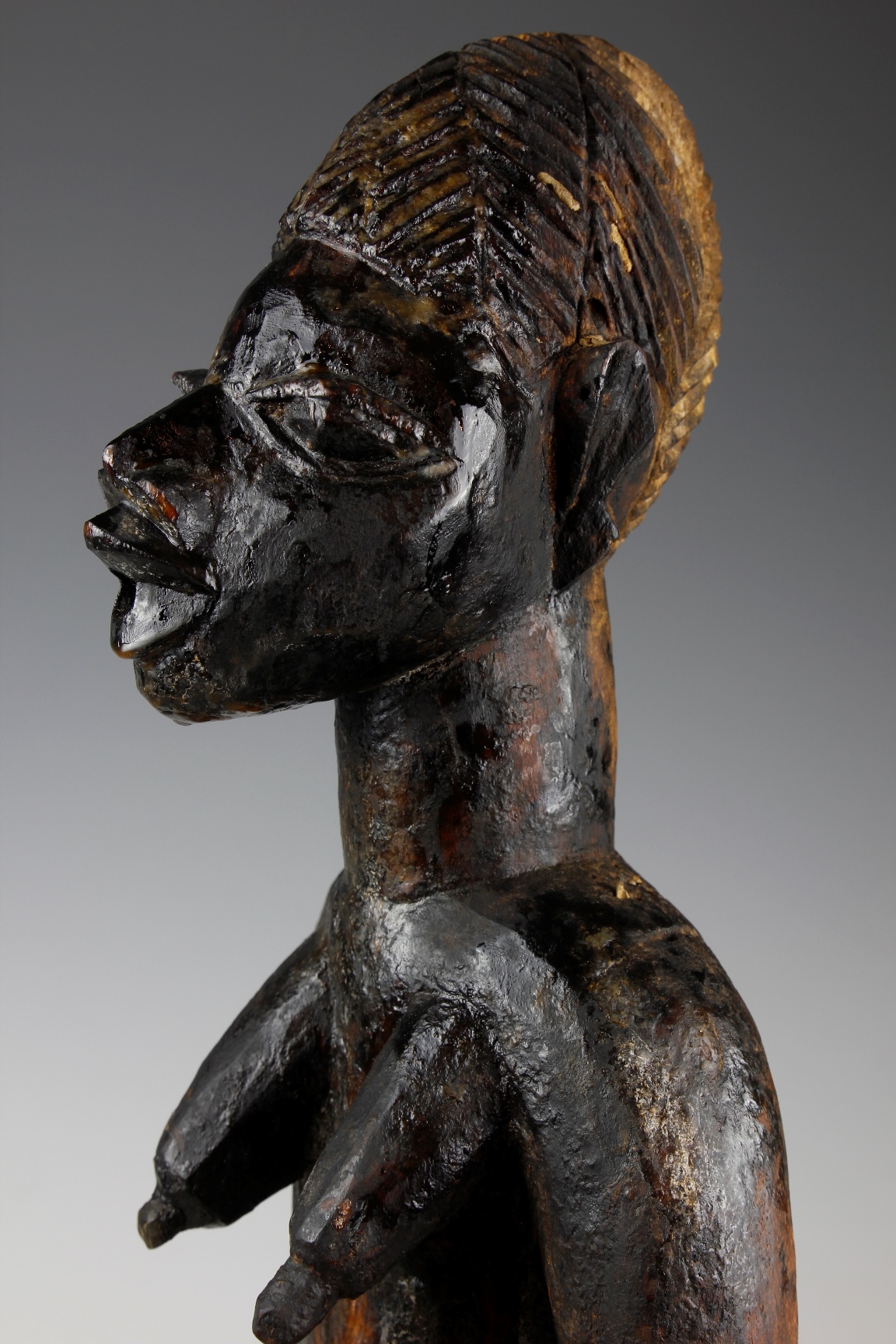 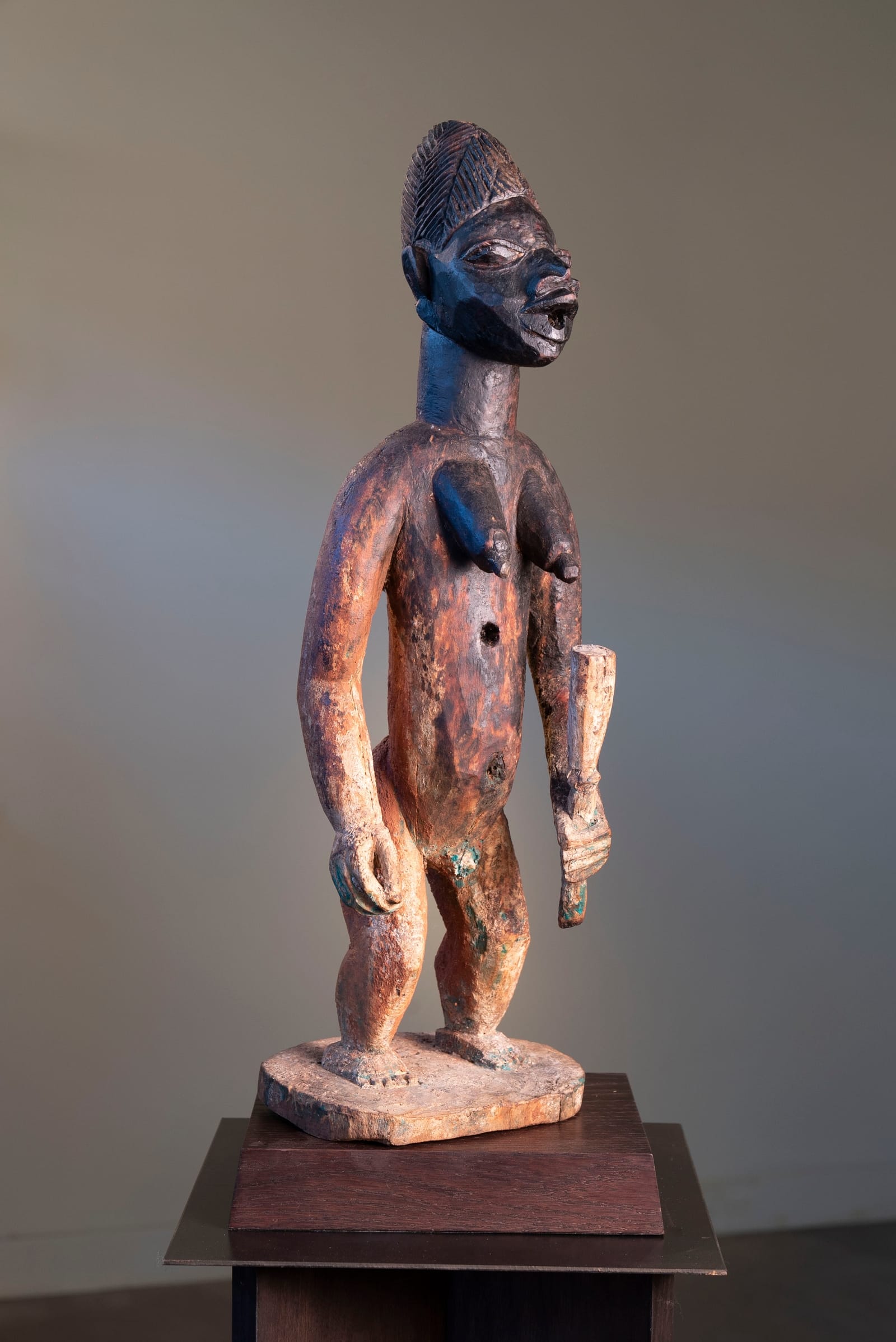 Standing in a powerful upright stance with bent knees and squared shoulders, this Yoruba shrine figure clutches a ceremonial wand in one hand. The figure's slightly upturned head is adorned with a finely carved coiffure, and a fetish hole located between the figure's lips gives the appearance of an open mouth. During ceremonial use, this was probably where the figure was 'fed' oils.

The figure has been carved from a medium/light wood, and features another fetish hole on the stomach area. In warmer temperatures, the figure will 'sweat' - developing a deep, oily surface patina. Over time, the lower part of the figure has developed a flaky, encrusted, layered patina.