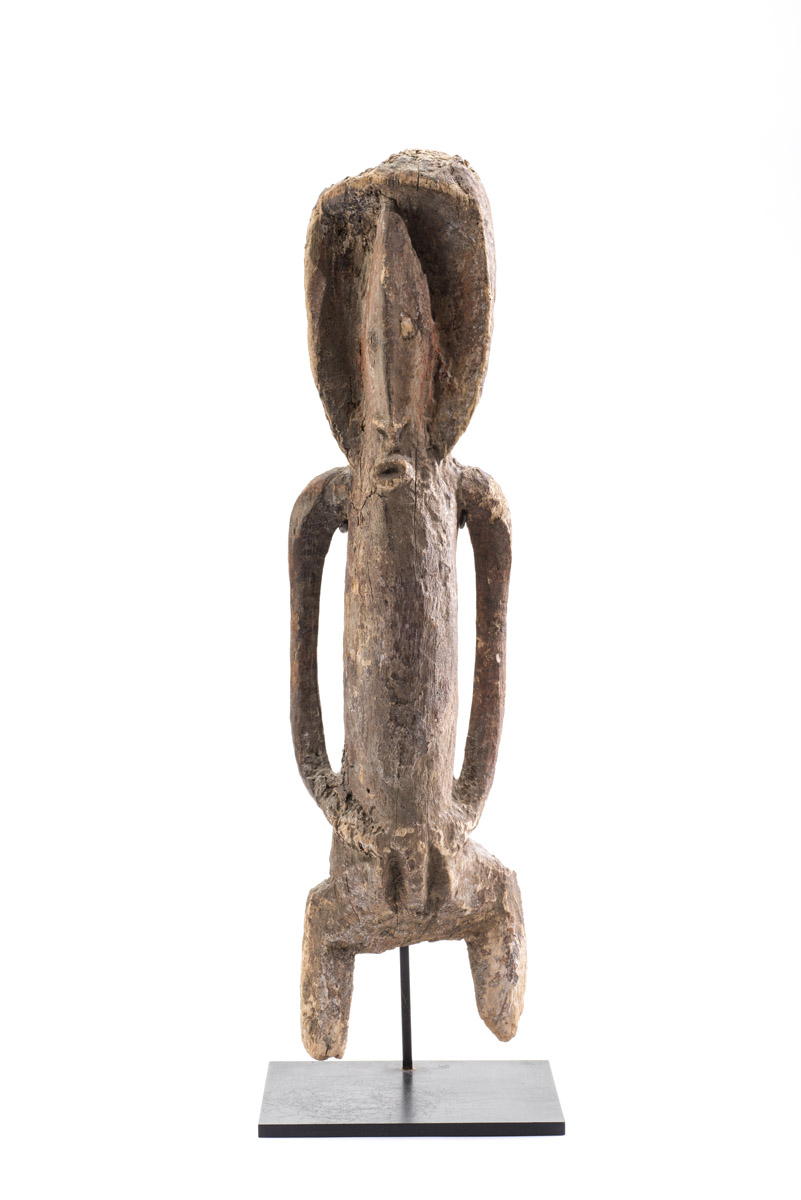 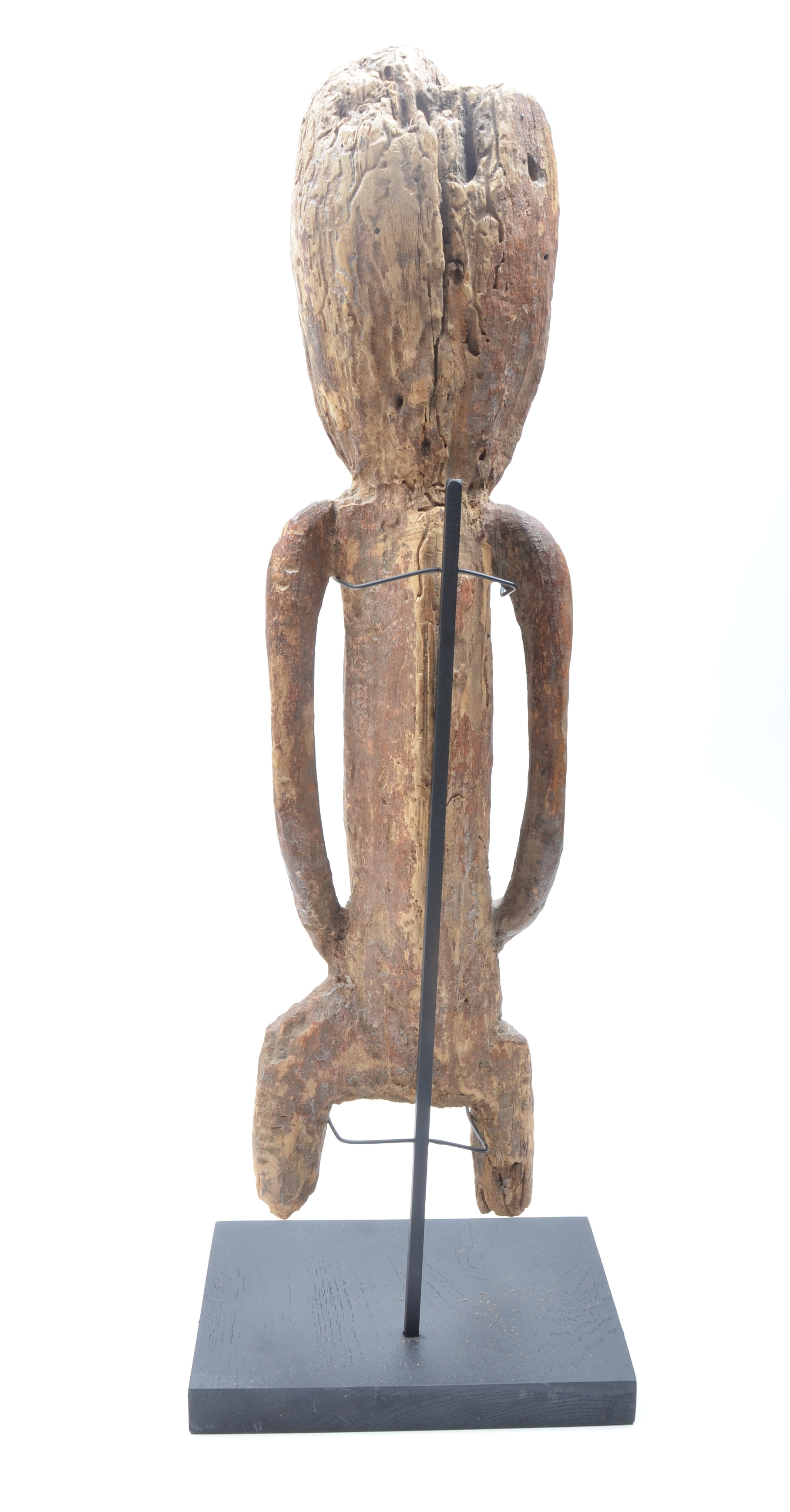 These statues were probably made in pairs, male and female. There is not much known about these cult figures from the Yangoru Boiken, as the ceremonies they were used were last held in the 1940s. They were called malingatcha and had individual names. There were three grades of initiation. It was during the second grade that the initiates were shown these statues. Each initiate was stand before the array where the ritual guardians of the carvings informed him or her of their identity and listed a series of taboos that must be observed for several month.

Bought at Gallery van Bussel in the eighties, Amsterdam