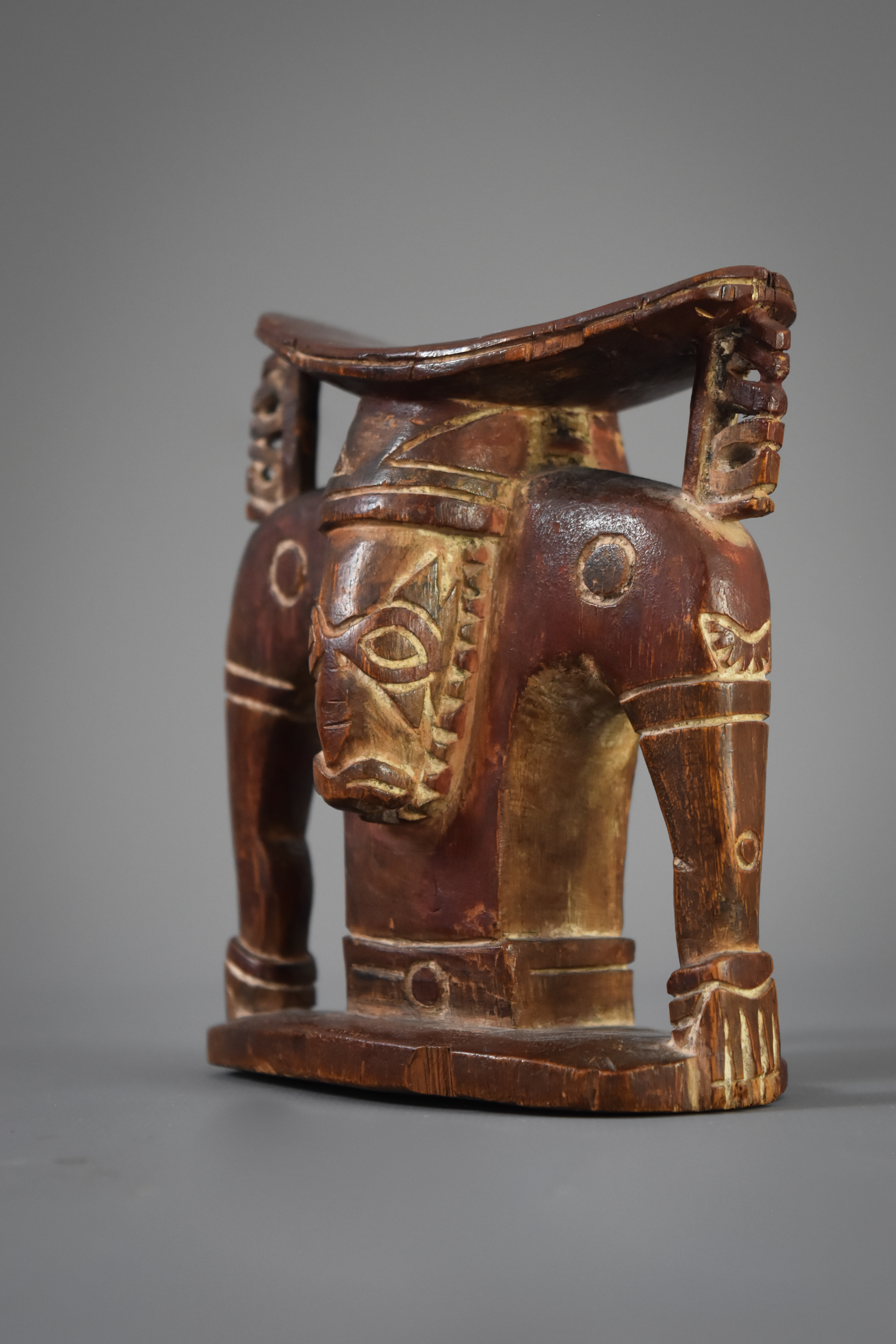 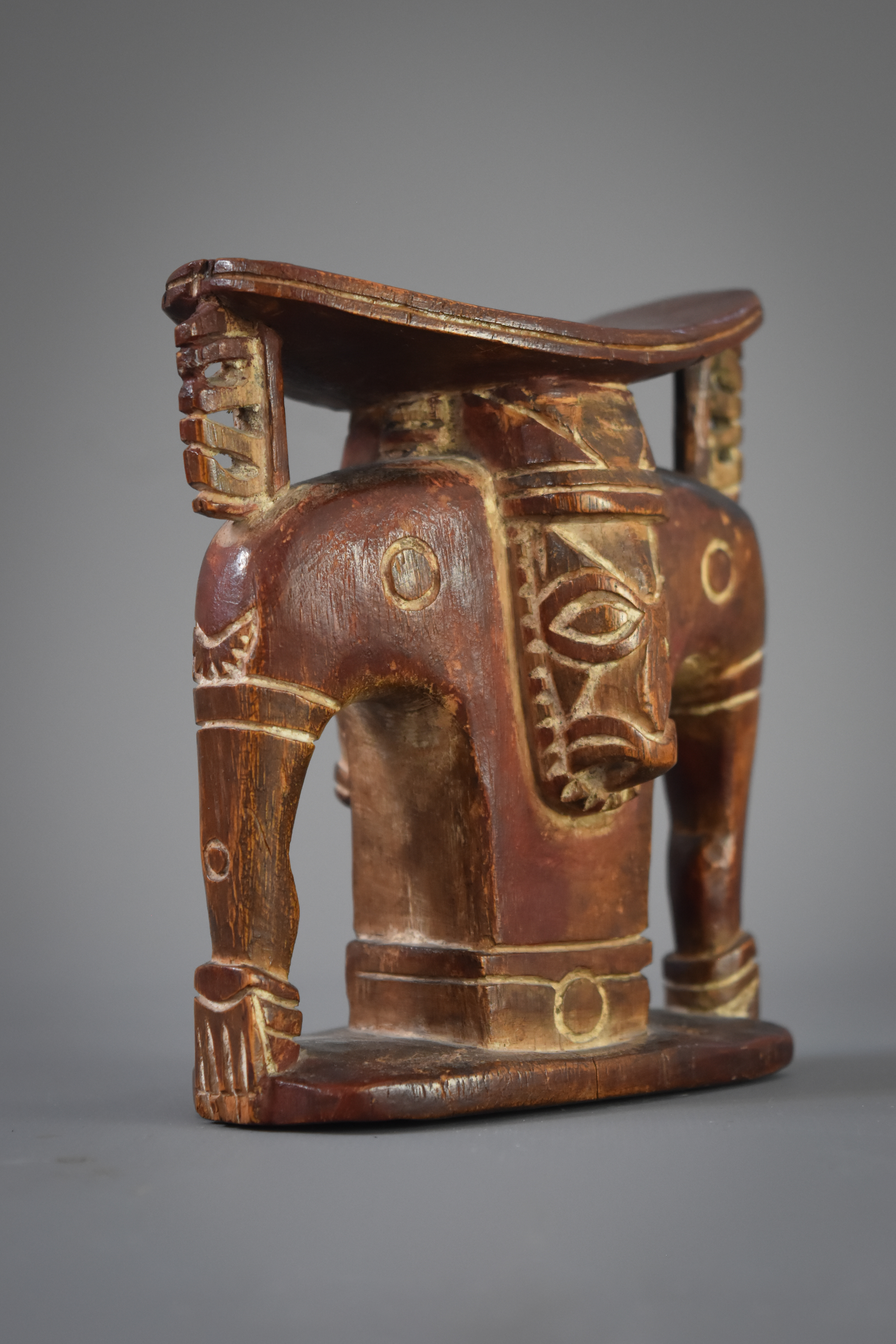 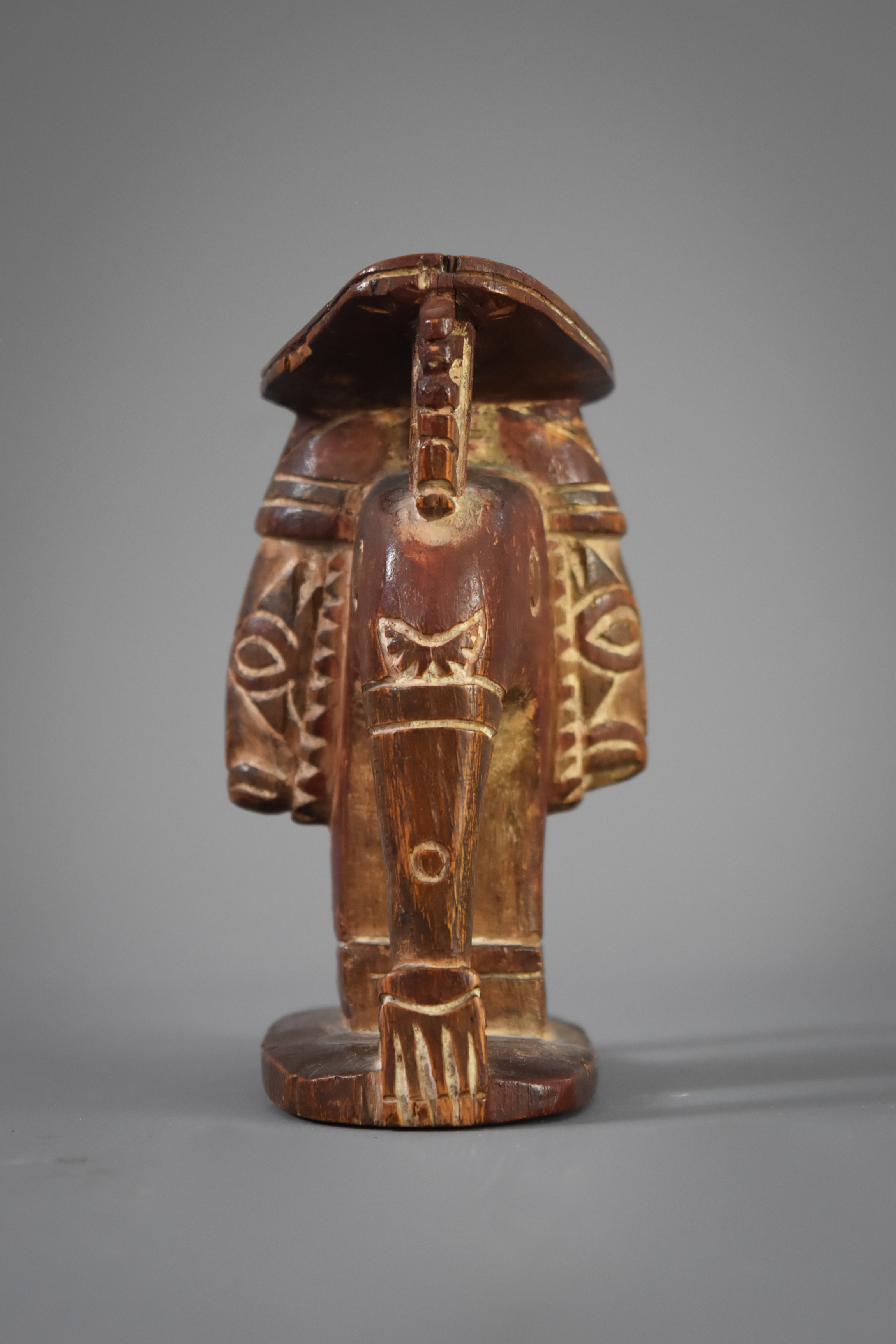 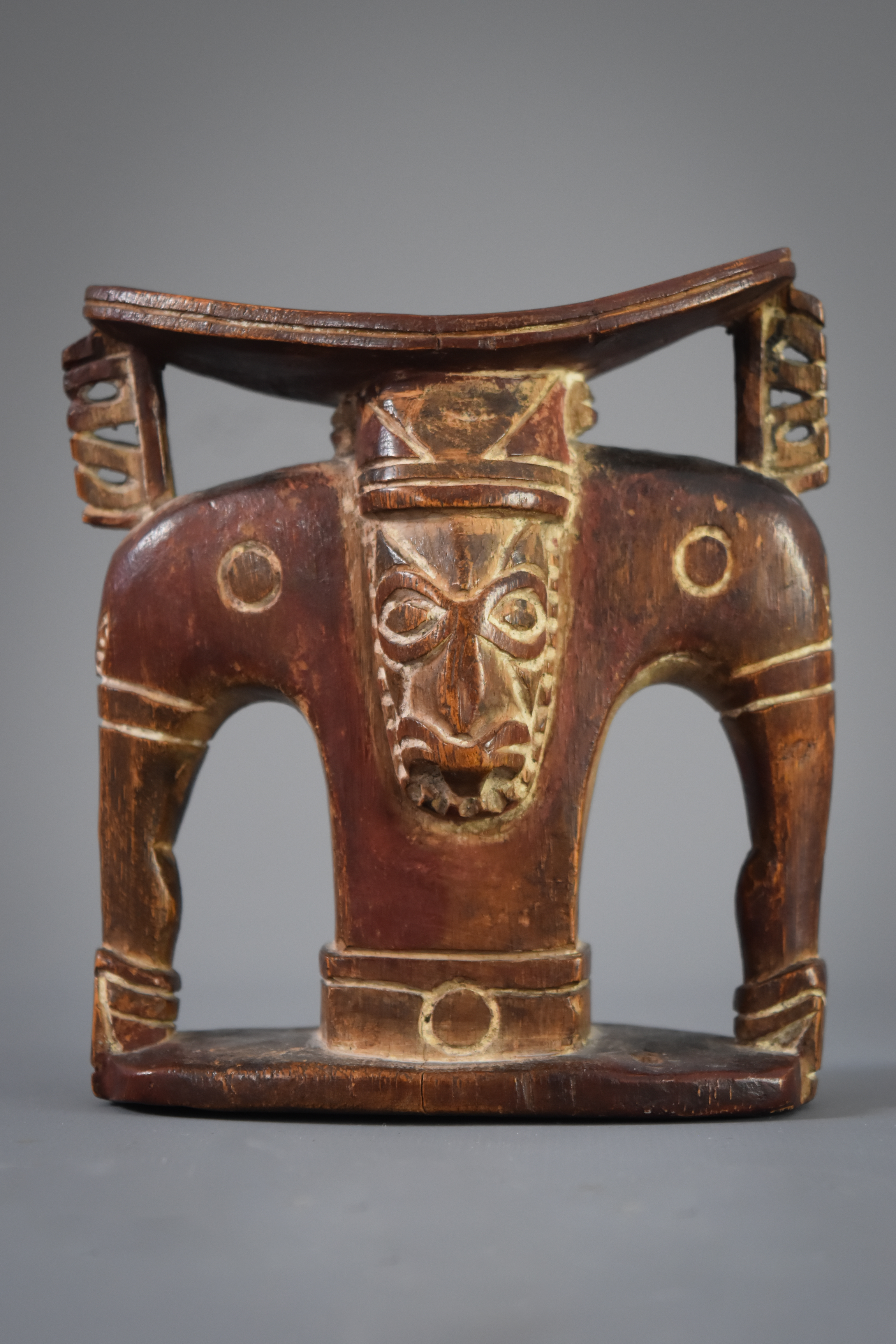 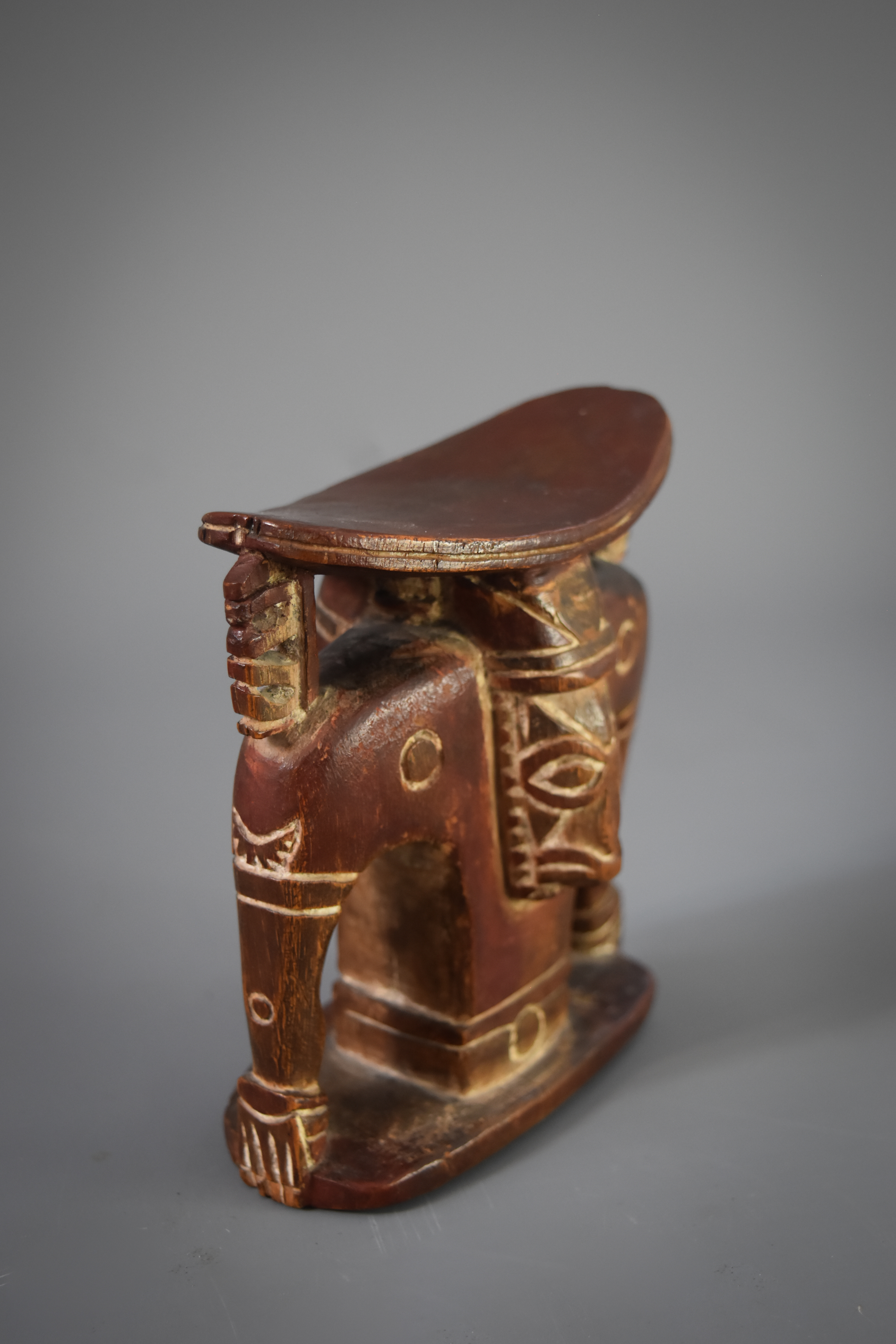 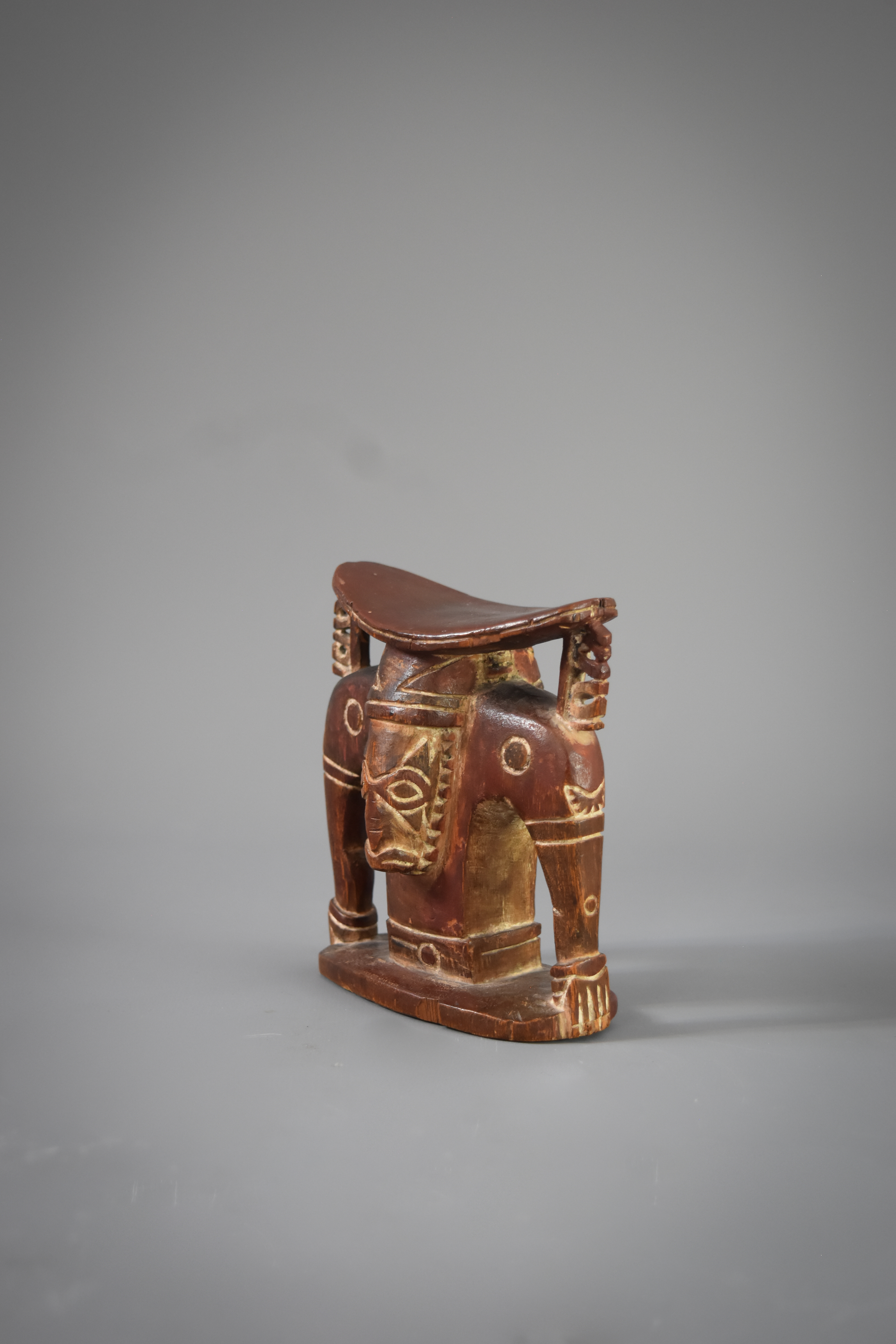 Tami is the name of a small group of islands situated in the Huon Gulf (Morobe Province of Papaua New Guinea). Its inhabitants were specialized on wood carving and trading with the inhabitants of the neighboring islands of Siassi, Umboi, Southwest New Britain, and "Even those of the Admiralty Islands much further away. This exchange circuit was similar to that of the Kula in the Massim area further south" (Serge Schoffel-Art en Premier, BRAFA 2017 - about a similar headrest). Important products of the Tami carvers were wooden dishes, headrests, food hooks and betel-nut-mortars.

Bodrogi divides these headrests into four categories according to their compositional elements. There are those with a central human figure, those with two figures positioned back to back, those with the representation of an animal, and those which are made up of an exclusively geometric composition (Tibor Bodrogi, Style Provinces and Trading Areas in North and Northeast New Guinea, in Exploring the Visual Art of Oceania, Australia, Melanesia, Micronesia, and Polynesia, Honolulu, The University Press of Hawaii, 1979).

The present example is from the first category but it has the specificity to represent a janus central figure. Of light brown patina, whith all its pigments intact, this headrest is supported by a powerful stylized janiform ancestor figure. The incised ornaments are accentuated by white pigments and the platform has a beautiful patina of use.

The Christianization of the area led to the gradual disappearance of the locally practiced Balum cult of the ancestors and the present headrest, which was originally owned by Charles Ratton, in of the few really old ones remaining in private hands.