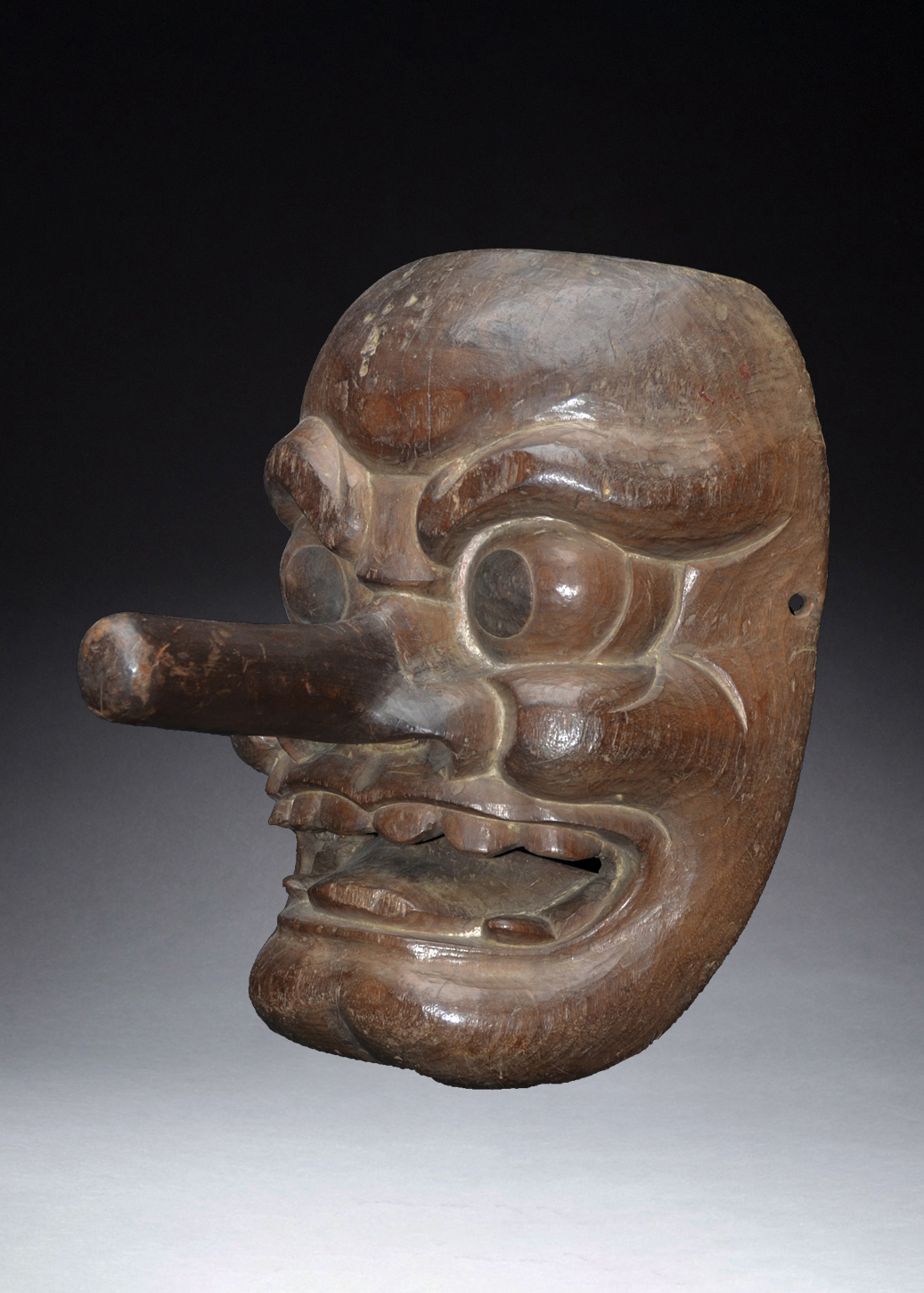 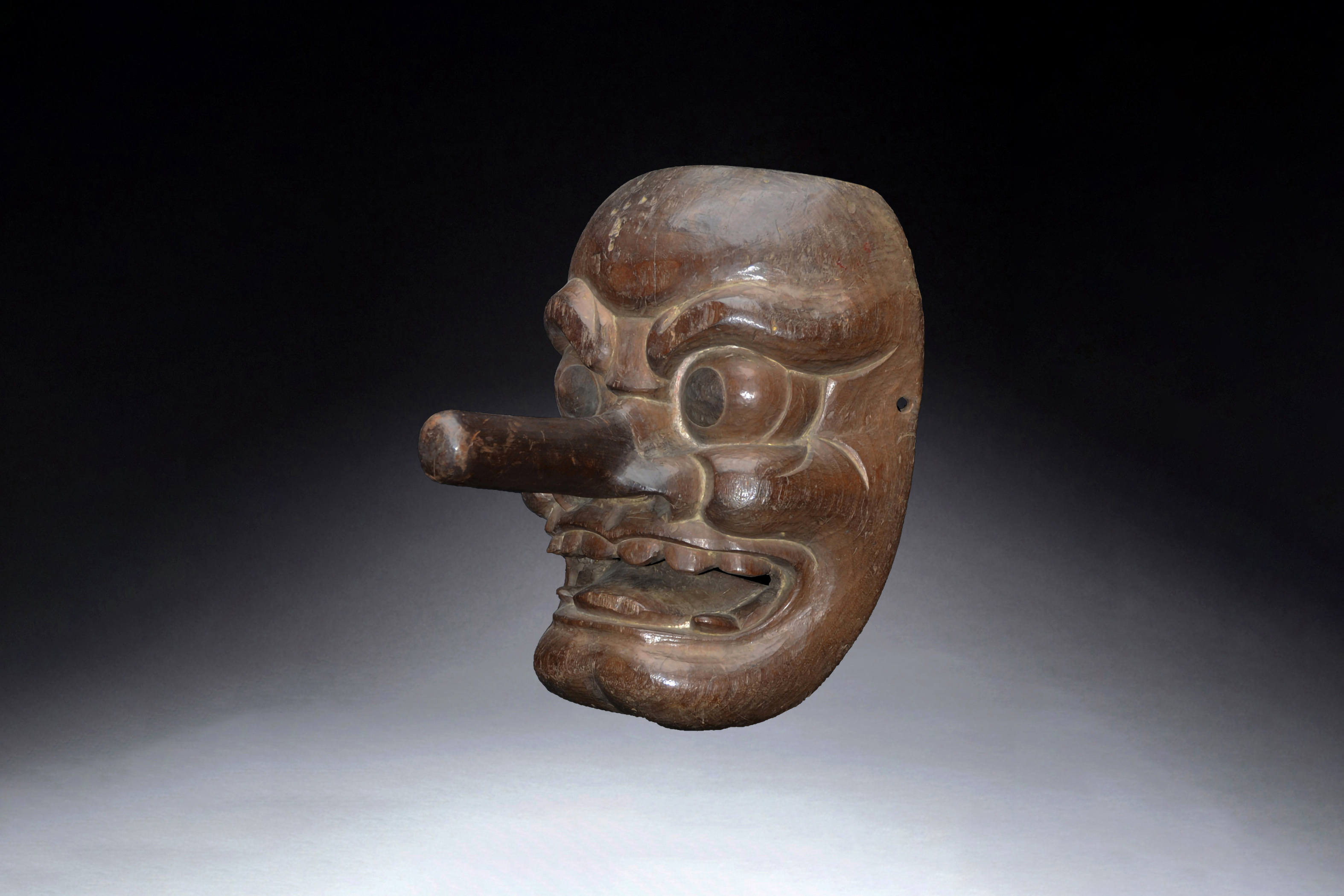 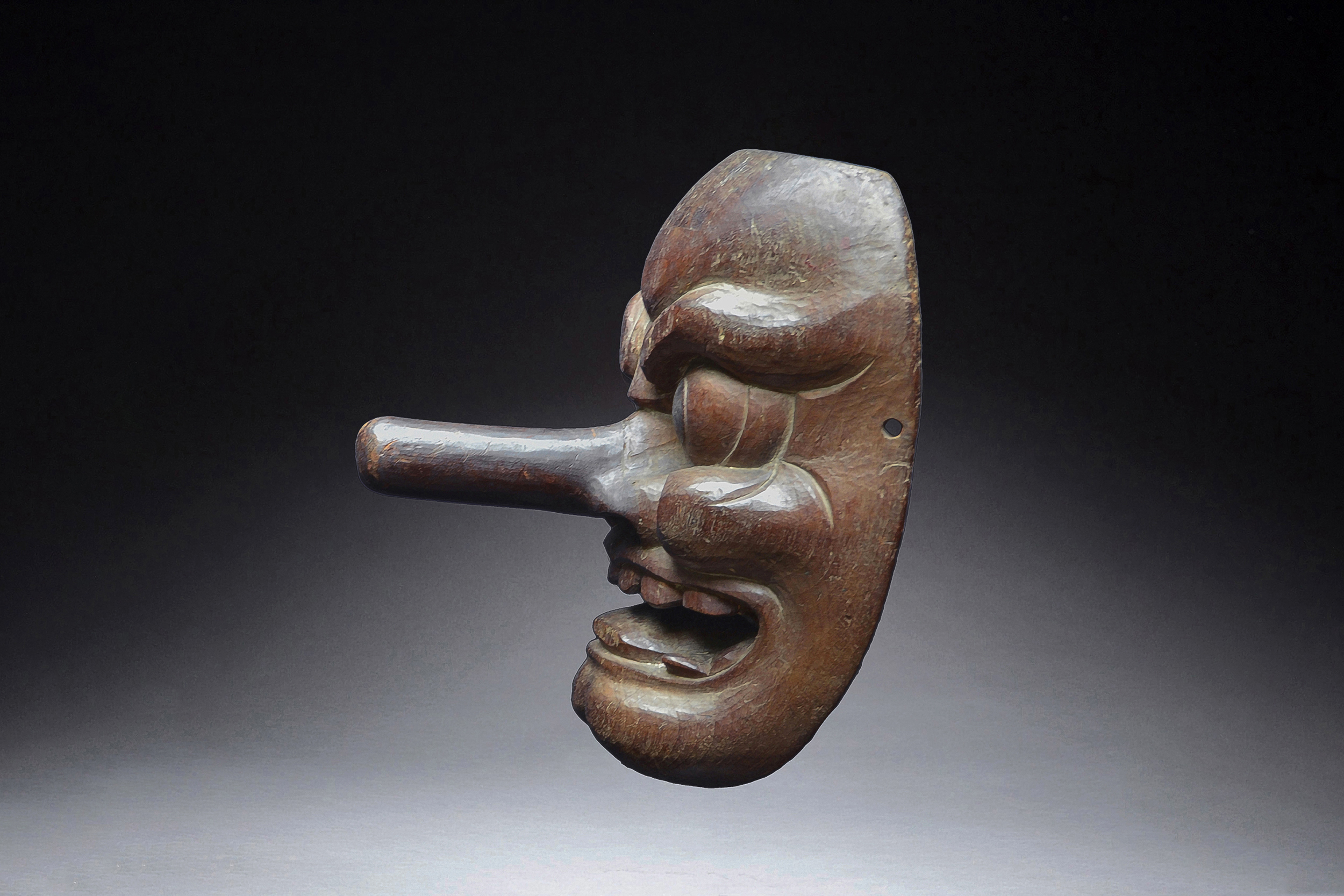 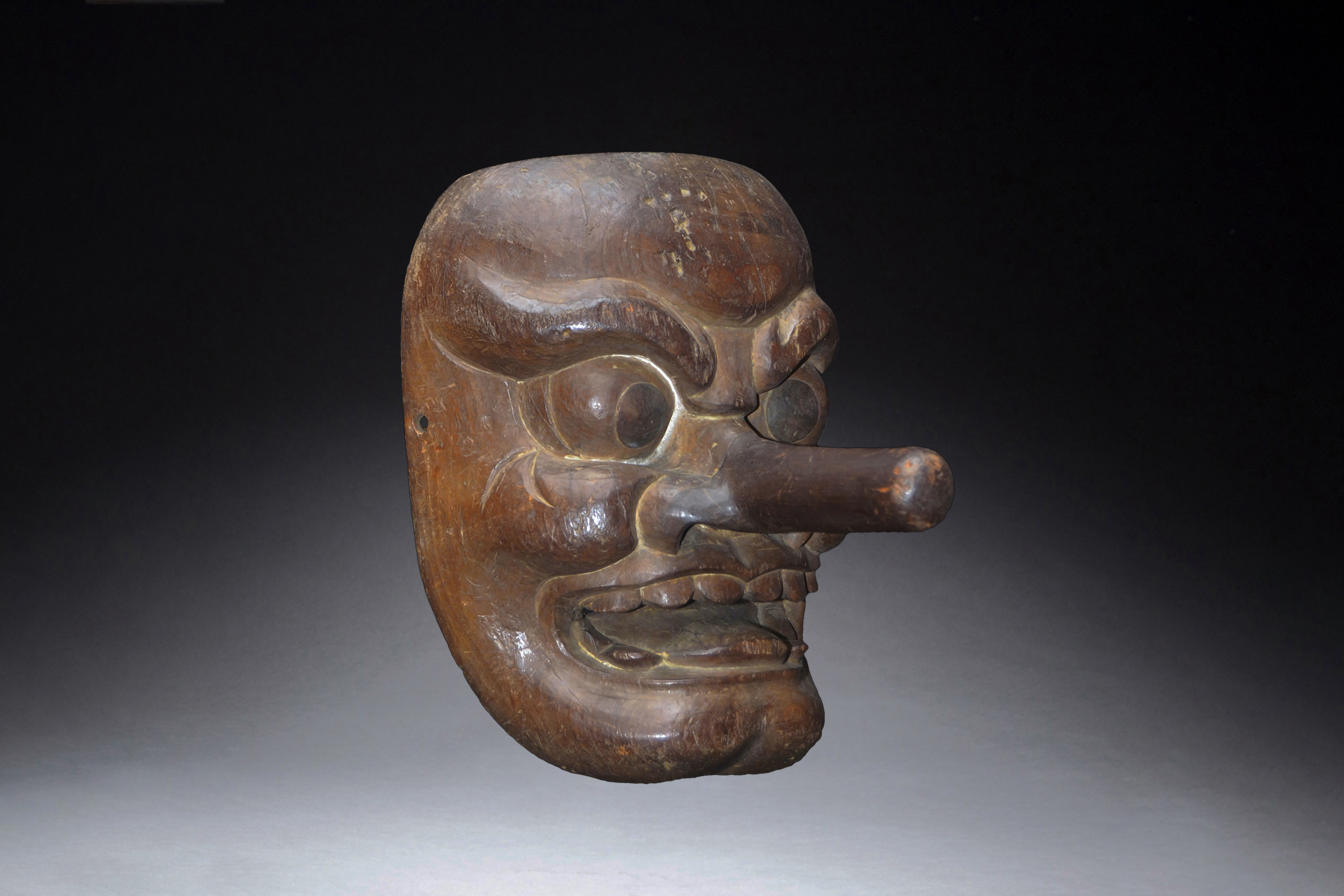 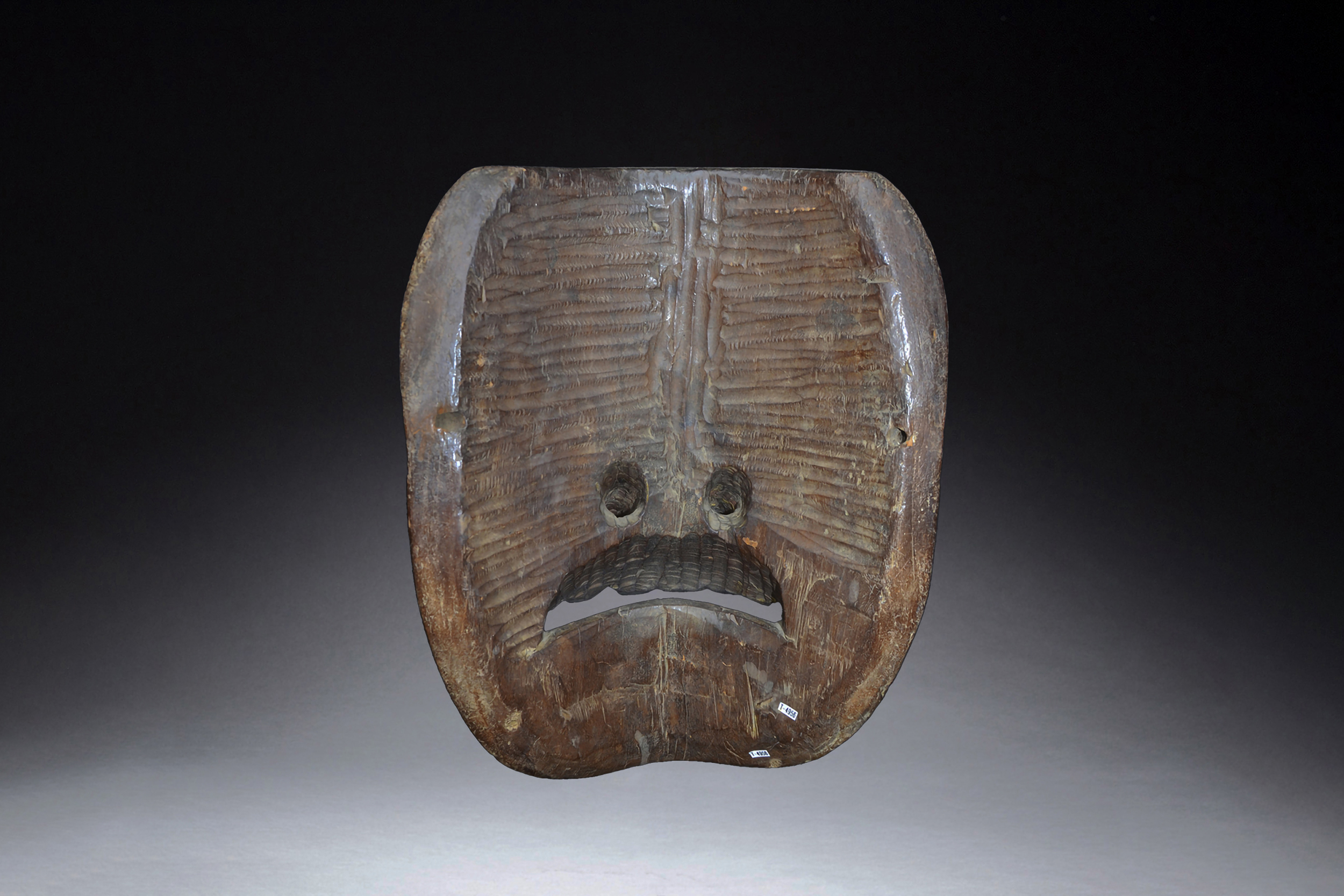 This powerful old Tengu Mask is one of my favourite Japanese Artworks.

Tengu is a type of legendary creature found in Japanese folk religion. They are considered a type of supernatural beings or Shinto kami(gods).  Tengu was originally thought to take the forms of birds of prey, and they are traditionally depicted with both human and avian characteristics. The earliest Tengu were pictured with beaks, but this feature has often been humanized as an unnaturally long nose, which today is widely considered the Tengu defining characteristic in the popular imagination. They are also thought to have been influenced by the Garuda a legendary bird or bird-like Deity in Hindu, Buddhist and Jain mythology,