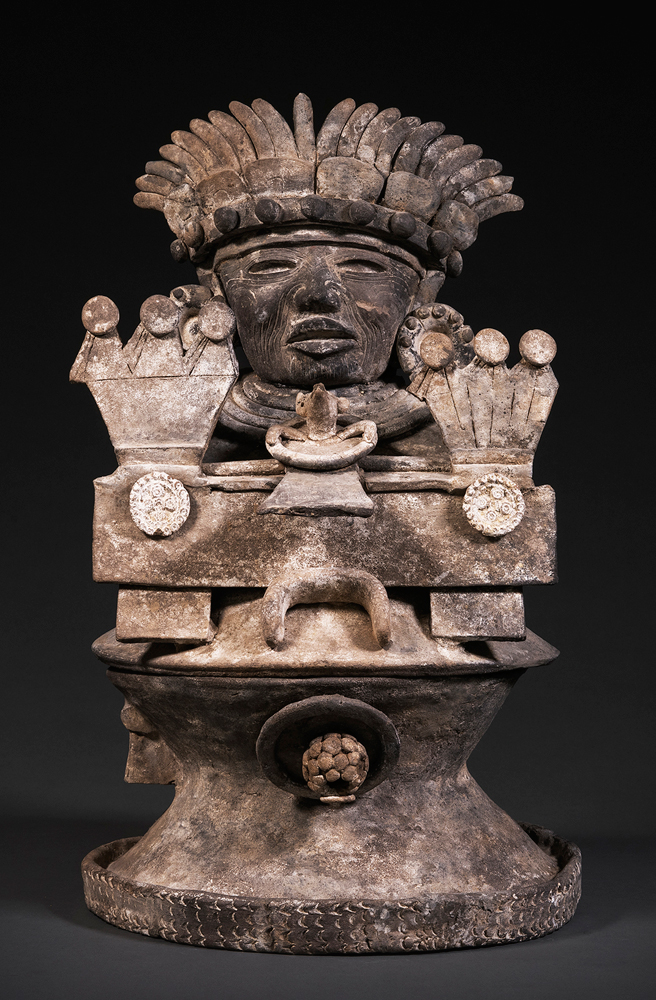 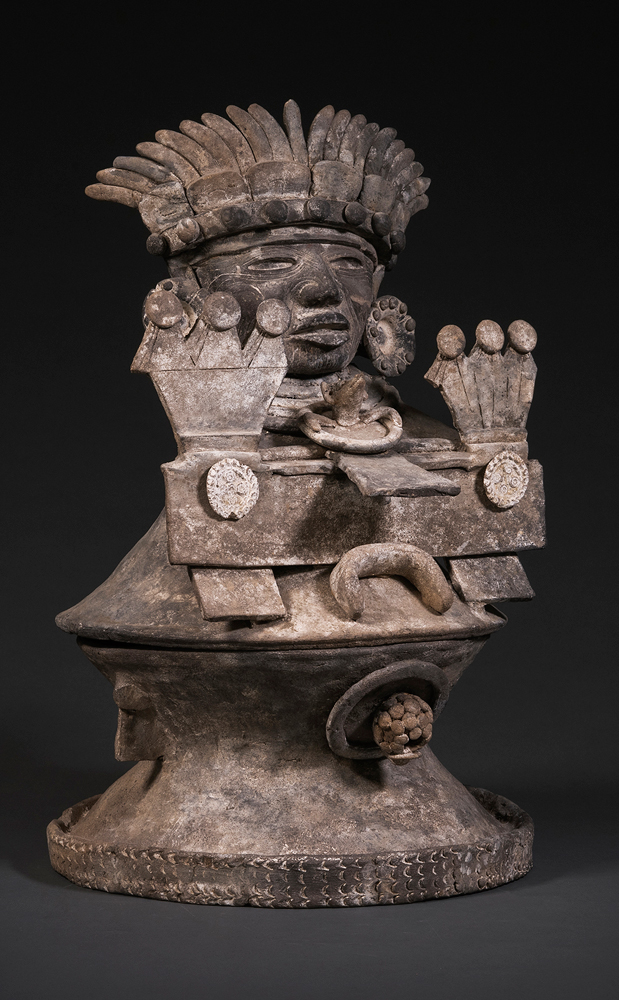 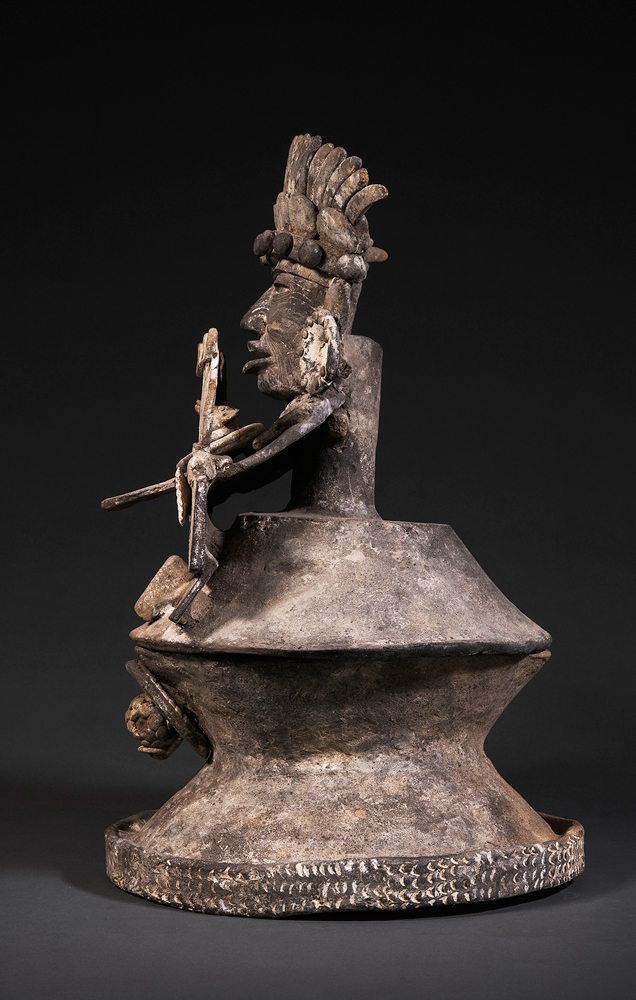 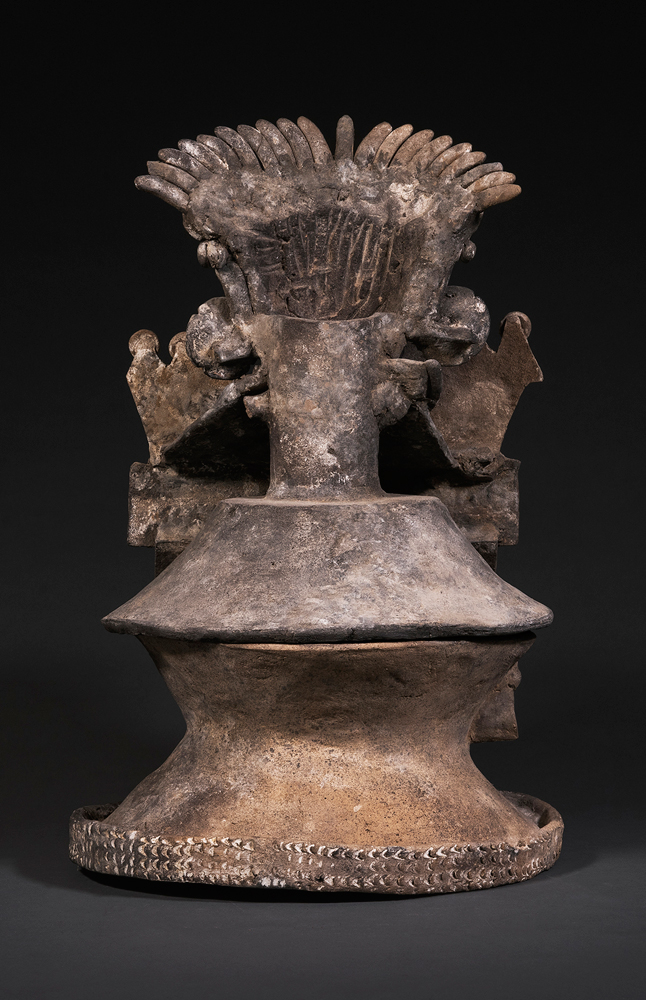 This elaborate ceremonial incensario (incense burner) depicts the head and torso of a warrior wearing a large headdress, pectoral, and earplugs.

In 500 C.E. Teotihuacan, in central Mexico, was one of the largest cities in the world, with an estimated population of 150,000. Teotihuacan’s culture, religion, and art spread throughout Mexico and Central America.

From the Estate of Dr. Armin Sadoff, Beverly Hills CA - collected in the 1960's.

Gabon or Republic of Congo