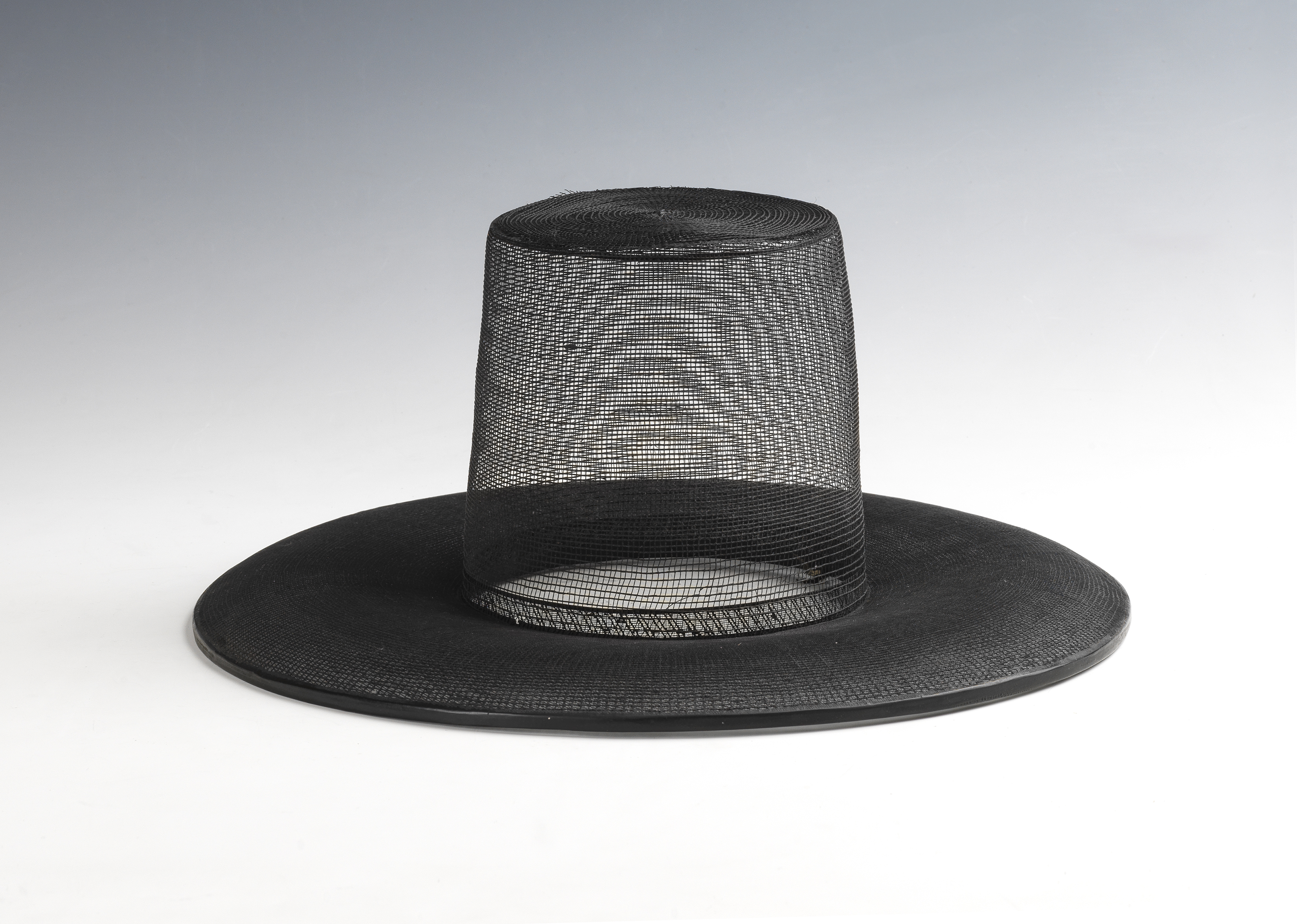 This distinctive cylindrical hat, which was worn by men of high social rank in Korea during the Joseon period (until 1912) has a striking transparent quality, created with a fine, open weave of strands of horse hair taken from the tail, over a bamboo framework. The wide stiff brim is made from bamboo. The crown is embellished with a family crest (?) or emblem apparently cut from paper or another material.  This style of hat was only worn outdoors; it is fitted inside with a smaller, brimless “indoor” tanggun hat that is also included.

Previously in the collection of Cathryn Cootner, former Curator of Textiles at the De Young Museum, San Francisco.