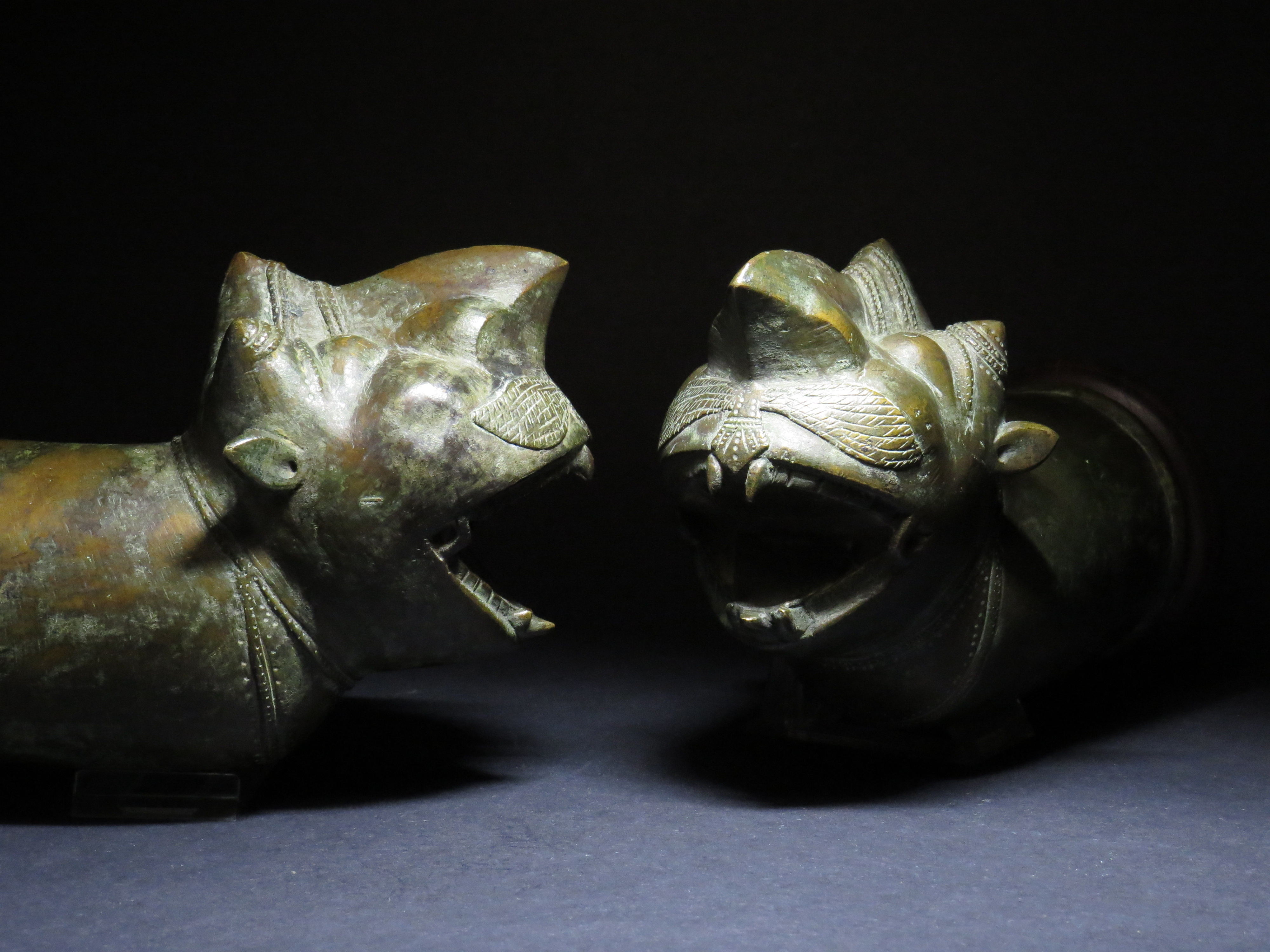 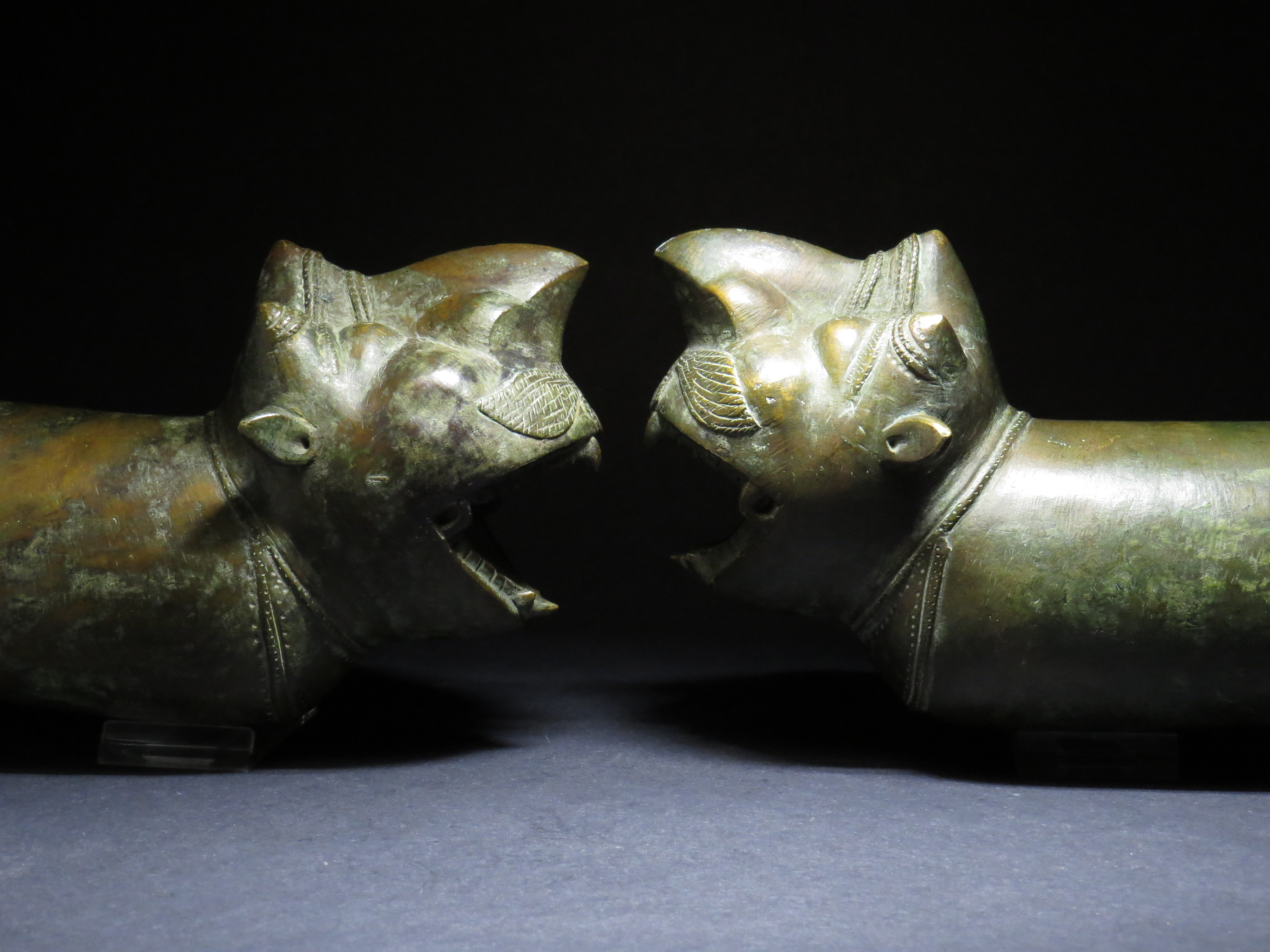 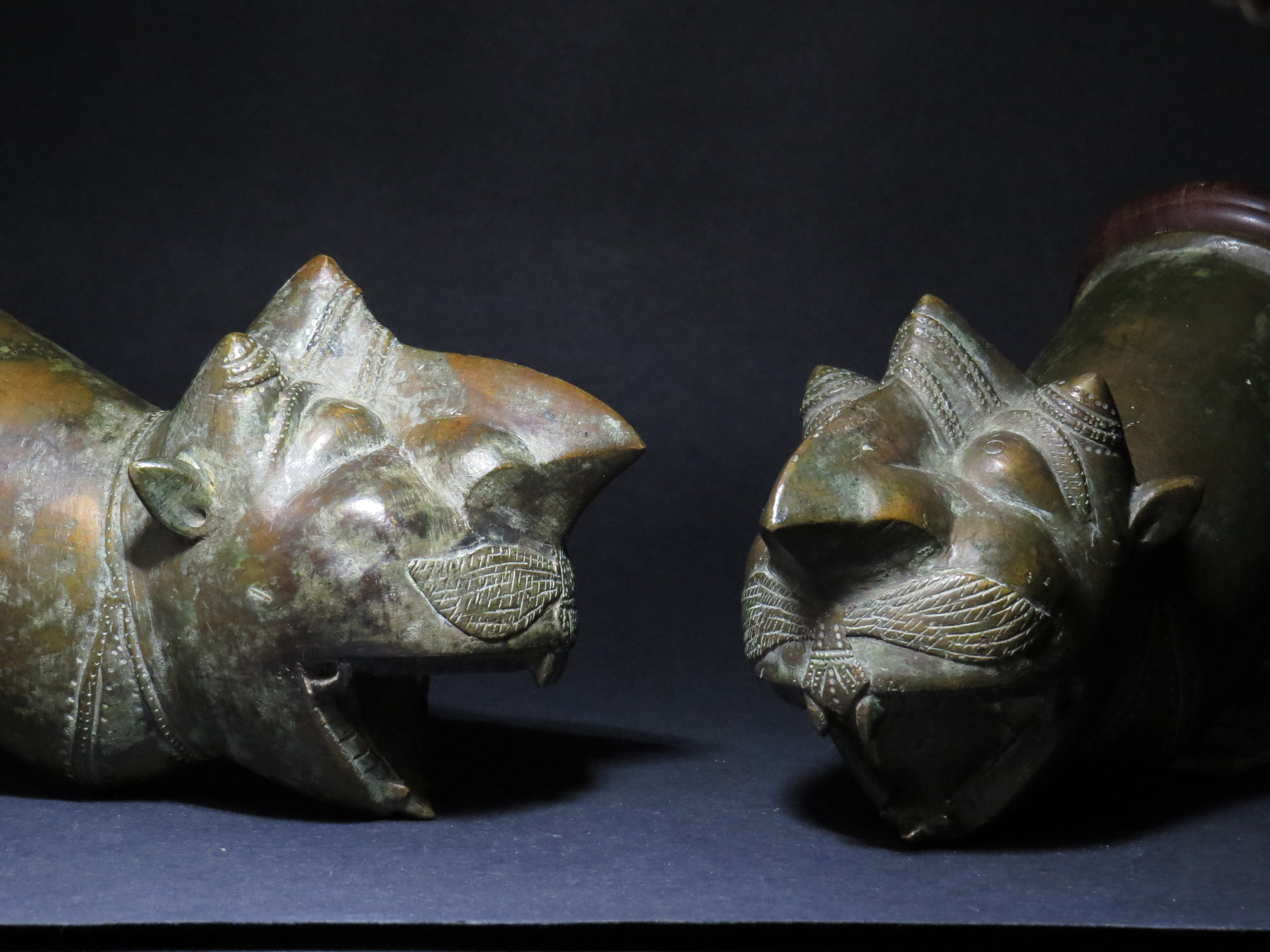 Palanquin derives its name from Sanskrit term ‘palanki’ for bed or couch, and Anglicised to ‘Palan Queen’. Cast bronze finials were placed at the pole ends of the palki (the Hindi term) used by several bearers to carry the shuttered compartment. These finials were in the form of birds, flowers, animals as well as figures from mythology and folklore. Finials also represented various demigods and demons, like this pair which represents a Yali (half lion half human). The use of finials was also a reflection whether the owner of the palki was a male or female: floral motifs on the former and and fierce wild animals for the latter. The coming of the railways and motorised conveyance modes led to the decline in the use of palanquins from the beginning of the 1850s.

excellent, each with side hole for fixing to pole. Later wood socket stands.